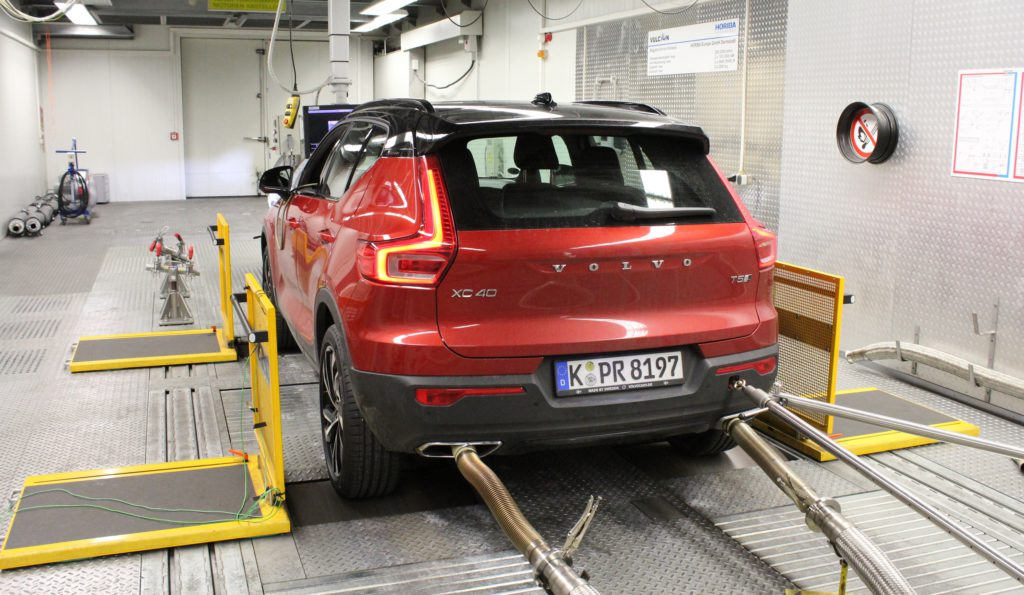 Many modern petrol engines have increased particulate emissions which the new testing regime will pick up. Therefore, in order to ensure their cars are compliant with the new regulations, companies are fitting petrol particulate filters (PPFs), ensuring they are up to Euro 6d-TEMP standards.

Therefore, to see whether these modifications are up to the job, ADAC tested six petrol cars with PPFs attached. The models chosen were the BMW 218i, BMW 320i, Mercedes A200, Volvo XC40, VW Tiguan and VW up!

The association tested the vehicles with mobile measuring instruments similar to those used in the real driving emissions (RDE) portion of the WLTP, to confirm their performance. In a statement, the group says: ′All candidates remain under normal driving conditions on the road far below the limits. This shows how great the potential of a particulate filter is also for gasoline engines. Under extreme conditions on the test bench, only the Volvo has an outlier that does not comply with the particle number limit.

′Above all, the two VW models score positive: their particle emissions are between one-tenth and one-hundredth of the permitted limit.’

Thomas Burkhardt, ADAC Vice President of Engineering, added: ′Consistent use of advanced emission control technologies can greatly reduce the contribution of cars to urban air pollution. The systems are not sewn on edge, but have enough reserves to stay clean even in demanding conditions.’

The ADAC Ecotest is a holistic view of the environmental behaviour of a car. In addition to the pollutants, the fuel consumption and associated CO2 balance are also considered throughout the testing cycle implemented. Taking both aspects into consideration, the group awards between one and five stars to the vehicles involved.

The overall results of the six models tested give a mixed picture. The VW up! GTI model, and the Mercedes A200, both received four stars overall and were recommended by the ADAC. Both BMW models, together with the VW Tiguan only achieved three stars, with the group saying that the carbon footprint of these vehicles is not good enough, while the Tiguan saw increased CO emissions in the motorway portion of the Ecotest. The Volvo XC40 has the same issues, although particulate emissions in highway testing are higher, and with high consumption due to its ample weight, the ADAC only awarded the vehicle two stars.

The results highlight the benefits of adding a PPF to existing vehicles to bring their overall emission standards into line with the new Euro 6d-TEMP limits. These will be revised down further in 2020 to Euro 6d, which will place stricter limits on emissions.

However, manufacturers are having to pause production in order to re-engineer their models to take the additional filter canister along the exhaust system line.