Audi could ask for type approval exemption over A8 autonomous system 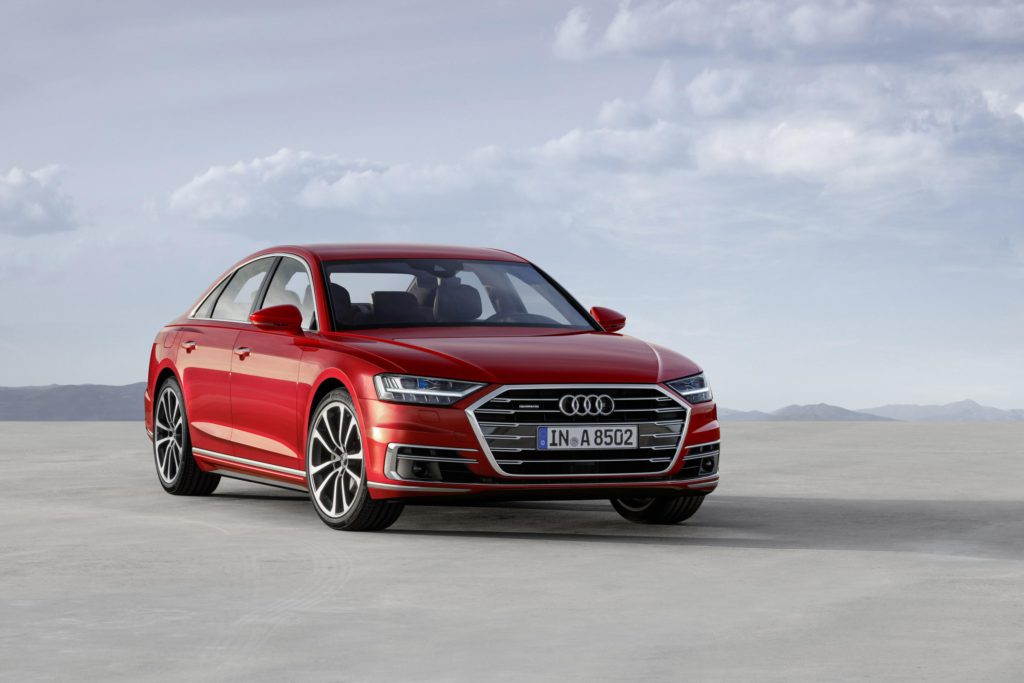 German vehicle manufacturer Audi is likely to seek an exemption of type approval for its Traffic Jam Pilot in Europe, which is expected to be standard in its new A8 model which launches later this year.

The feature is the first Level 3 autonomous system offered in a road-going vehicle, and would allow drivers caught in a traffic jam to take their eyes off the road, giving them time to do other things, such as check emails or relax. However, homologating the system has proved to be a complicated affair, with negotiations over how to approve the system taking place between a group of European countries.

There is currently no agreed framework between countries over autonomous systems, with each area having their own plan as they look to develop systems. With Audi being the first to launch a vehicle with Level 3, where the driver can hand total control over to the vehicle but must be prepared at all times to take it back, the company is ahead of the current development curve. With no agreement, there is no type approval regulation in place for the system, which means Audi either has to wait or seek exemption.

′We will probably seek an exemption since things won’t be far enough along in Geneva,’ Audi engineer Thorsten Leonhardt told Automotive News Europe.

Since there is no precedent – given Audi is the first carmaker to introduce limited autonomous driving – Leonhardt declined to hazard a guess as to how long the entire process could take before the Traffic Jam Pilot would be available in the A8, which is set to launch in December.

′That wouldn’t be the responsible thing to do. The jump is simply too great that one could reliably compare it to the length of time needed to introduce past innovations like Electronic Stability Control (ESC),’ he said.

Although Audi would in this case file for an exemption for the entire single market under Article 20 of EU Directive 2007/46, if approved the Pilot would still only be legal in Germany. Late in June, the country became the first to legalise in principle Level 3 and Level 4 autonomous cars where a licensed driver is still present to operate the vehicle.

The roadblock that is holding up the process is the UNECE’s ′Regulation 79′ on steering type approval, which has a clause stating that hands-off steering is only allowed at speeds of up to 10km an hour – relegating autonomous features to parking assist features at present.