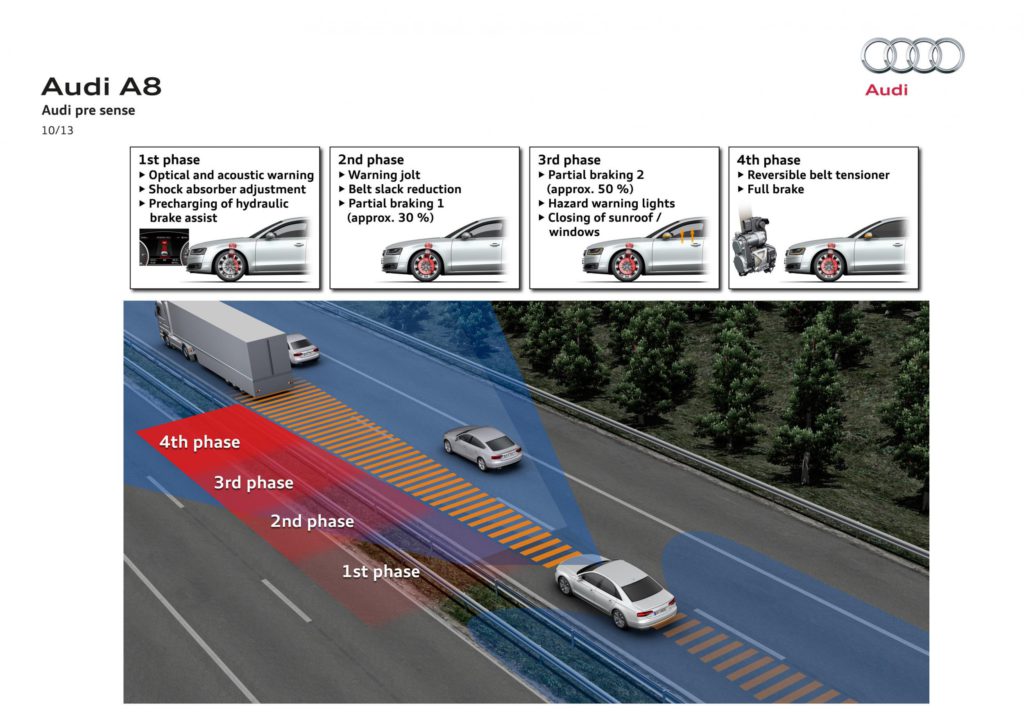 German vehicle manufacturer Audi expects to be the first company to launch a level three autonomous driving vehicle in the shape of its new A8 sedan, due on sale later in 2017.

However, the features that would allow drivers to give up control except in certain circumstances, will likely not be activated on launch as the company waits for the relevant legislation to be put in place, allowing it to be used on the road in an autonomous state.

Currently, laws concerning autonomous vehicles are only in the discussion phase with many European authorities, with levels of testing on public roads strictly controlled. Few governments are providing any laws that offer legal certainty as to how autonomous vehicles can be used by the public on the open road, or how they can be insured and who is liable in the case of an accident. In Germany, the law only needs approval of the upper chamber of Parliament, which could happen in a matter of weeks. The Government‘s draft foresees a declaration from the manufacturer to the customer that spells out exactly the circumstances under which a driver can transfer control of the car, so there are no false expectations. Additionally, a black box will record all handover protocols so crash investigators can know whether a human or a computer was in control of the vehicle at the time of a collision.

There is a lot of discussion at the EU Parliament as to the levels of legislation required, while individual countries set their own limits. Speaking at a recent conference on connected automated driving, Carlos Meedas, European commissioner for research, science and innovation, commented: ′Autonomous and connected driving will not happen on its own and we need to produce the right framework to stimulate progress. Car manufacturers are in a worldwide race for automation and it is one that Europe as a whole needs to win. It is not only for us [the European Parliament] but for the industries involved to set the technical and business standards. The regulation of the future will not just be done by politicians but by all industries together.’

EU member states have already signed a letter of intent to allow cross-border testing of autonomous vehicles which will help connected vehicles to not require stopping at country boundaries. However, this is limited to vehicle testing rather than those in use by the public.

Audi is ahead of its fellow German counterparts Mercedes and BMW when it comes to offering level three systems. Mercedes will launch vehicles with level two later this year, while an agreement with Bosch will see further automation by the start of the next decade. BMW says its earliest car with level three will be available in 2021.