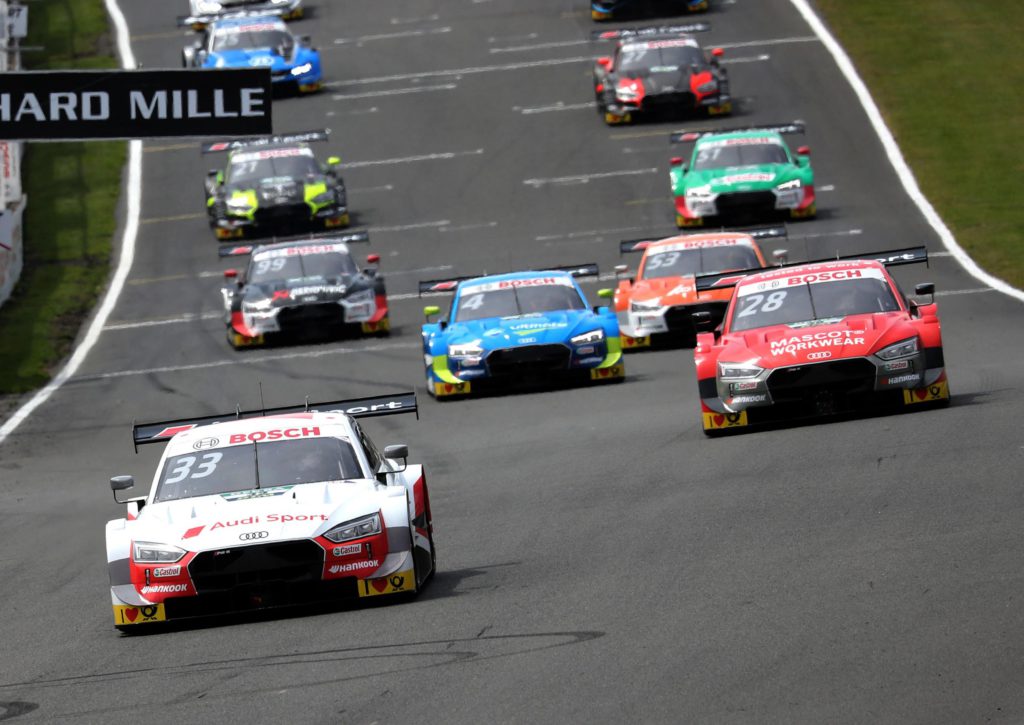 Audi is to pull out of Germany’s DTM touring-car series, citing its desire to press ahead with plans to achieve a carbon-neutral footprint through zero-emission mobility.

The carmaker also said that the coronavirus (COVID-19) pandemic, and the subsequent impact on profits, has led to the decision to abandon the country’s premier domestic racing series. This leaves just BMW as a ′works’ team, following the withdrawal of Aston Martin. Daimler pulled its Mercedes-Benz brand out of the series in 2018.

Audi will instead focus all its efforts on Formula E, the electric vehicle (EV) series with which it has been involved since its inception in 2014. With 41 trophies, Audi Sport ABT Schaeffler has been the most successful Formula E team over the years. Off the racetrack, Audi is planning to generate about 40% of its sales with electric cars and plug-in-hybrids by 2025.

Leave on a high

′Audi has shaped the DTM, and the DTM has shaped Audi. This demonstrates what power lies in motorsport – technologically and emotionally,’ says Markus Duesmann, chairman of Audi AG. ′With this energy, we’re going to drive our transformation into a provider of sporty, sustainable electric mobility forward. That is why we are also focusing our efforts on the racetrack, and Formula E offers a very attractive platform for this. To complement it, we are investigating other progressive motorsport formats for the future.’

Although racing, like most sports in Germany, is currently suspended due to the coronavirus outbreak, Audi has said it remains committed to the DTM in 2020, which will be its last season of participation.

′We are hoping that this currently difficult situation will improve soon and that we’ll still be able to contest a few DTM races this year,’ says member of the board for development Hans-Joachim Rothenpieler. ′The fans would deserve this, and so would the organisers, our drivers as well as our teams and partners, who will now have adequate advance notice to reposition themselves for the time after 2020. Successful motorsport is, and will continue to be, an important element of Audi’s DNA.’

The move away from DTM may have been on the cards since the end of last year. Volkswagen Group announced in December that any motorsport programme it concentrates on in the future would be electric.

Motorsport on the edge

The DTM may end up following the path of the British Touring Car Championship (BTCC) in the early 2000s, encouraging more private entries with teams purchasing cars from manufacturers and running them as ′independents’. The organisers will be looking to avoid a situation similar to the World Endurance Championship (WEC), which has been dominated by Toyota as the only manufacturer involved since the withdrawal of Porsche in 2017 – again due to participation in Formula E.

Audi’s highlighting of the economic impact of the coronavirus will worry other global motorsport competitions. Following the crisis of 2008-2009, Formula 1 saw the withdrawal of Toyota, BMW and Honda as engine suppliers. With three of the four current engine manufacturers involved in the series facing financial issues, and two of these also involved in Formula E, the organisers of the world’s premier motorsport series must be monitoring the situation closely.

Racing using electric powertrains has developed over the last few years, with the launch of Formula E being followed by touring classes and rallying groups. Manufacturers are keen to back programmes in each as they further their knowledge of the technology for road-going uses.

For manufacturers that are pressing forward with EV development, taking part in a series that uses any other form of powertrain may seem hypocritical. Concentrating on electric racing series will allow carmakers to further develop powertrains, batteries and components that could help their passenger-car programmes, especially when these are still in their infancy. It is very likely that having been racing in Formula E since 2014, Audi’s first EV, the e-tron has benefitted from knowledge gained on the track.