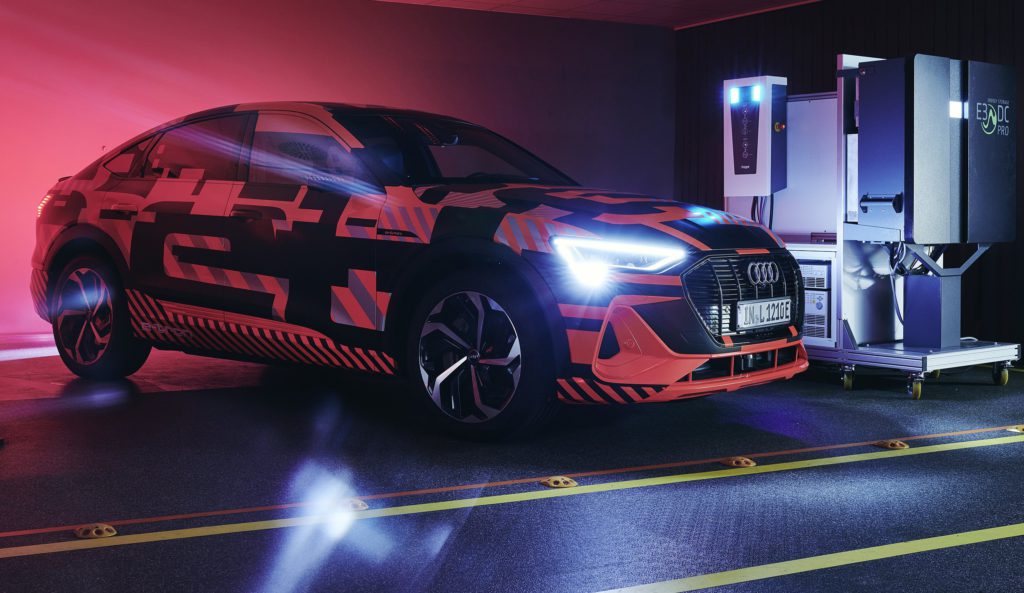 Audi is the latest vehicle manufacturer to research bidirectional charging, in collaboration with the Hager Group. As the number of registered electric vehicles (EVs) rises, so too does the number of mobile energy-storage units. With this in mind, the joint research project seeks to create financial incentives for EV owners and offer greater security of electricity supply.

Bidirectional charging simply revolves around the concept that EVs are not only charged through a wall box at home, but can also supply energy back to the house as an electricity storage device. EVs can use inexpensive electricity to charge, at night for example, and store excess electricity, which can supply the house when electricity prices are high or even in the event of a blackout.

EVs as a constant source of electricity

Audi reports that, in the first half of 2020, renewable energies contributed more than 50% to the German electricity mix for the first time. However, the generation of electricity through wind and solar power is not always constant. There is also often a lack of capacity to store the energy created on sunny days or by strong winds.

Furthermore, when the sun is not shining, EVs can supply the stored electricity back to the house, reducing the home owner’s electricity costs and increasing network stability. ′Electric mobility is bringing the automotive industry and the energy sector closer together. The battery of an Audi e-tron could supply a single-family home with energy for around one week independently. Looking ahead, we want to make this potential accessible and make the electric car part of the energy transition as an energy storage device on four wheels,’ explained Martin Dehm, technical project manager for bidirectional charging at Audi.

′The intelligent charging management manages the optimum use of the battery, thereby maximising the cost-effectiveness of the overall system. The system is very easy for customers to use – all they have to do is plug in the car, and the rest happens automatically,’ Dehm added.

Ulrich Reiner, project manager at Hager Group, said that ′using the battery of electric vehicles to contribute to climate protection while lowering electricity costs at the same time is a vision that we have found fascinating since the very beginning. And we have found an ideal partner in Audi.’

Audi is not the first manufacturer to recognise the potential of bidirectional charging.

BMW Group announced in November 2019 that it is acting as the consortium leader of a newly launched bidirectional charging management (BCM) research project, which brings together companies and institutions from the automotive, energy and scientific sectors.

Back in 2017, Honda unveiled its Urban EV concept, which works with the company’s bidirectional charging system, Power Manager. In a statement at the time, the manufacturer said: ′The system is designed to incorporate electric vehicles into a smart power grid. It enables the collection and distribution of electricity between the grid, homes and businesses and electric vehicles, to intelligently balance demand and efficient storage of energy. Honda will apply its Power Manager technology as part of a smart grid pilot scheme in the west of France.’

Renault also launched a project early this year to promote electromobility through innovative charging solutions for EVs. Part of the focus of the INCIT-EV project, together with 32 partners across Europe, will be on optimised bidirectional ′smart charging’ in Amsterdam and Utrecht in the Netherlands. There are also plans for low-power bidirectional charging and static wireless charging in taxi lanes located at the airport and central station in Zaragoza, Spain.