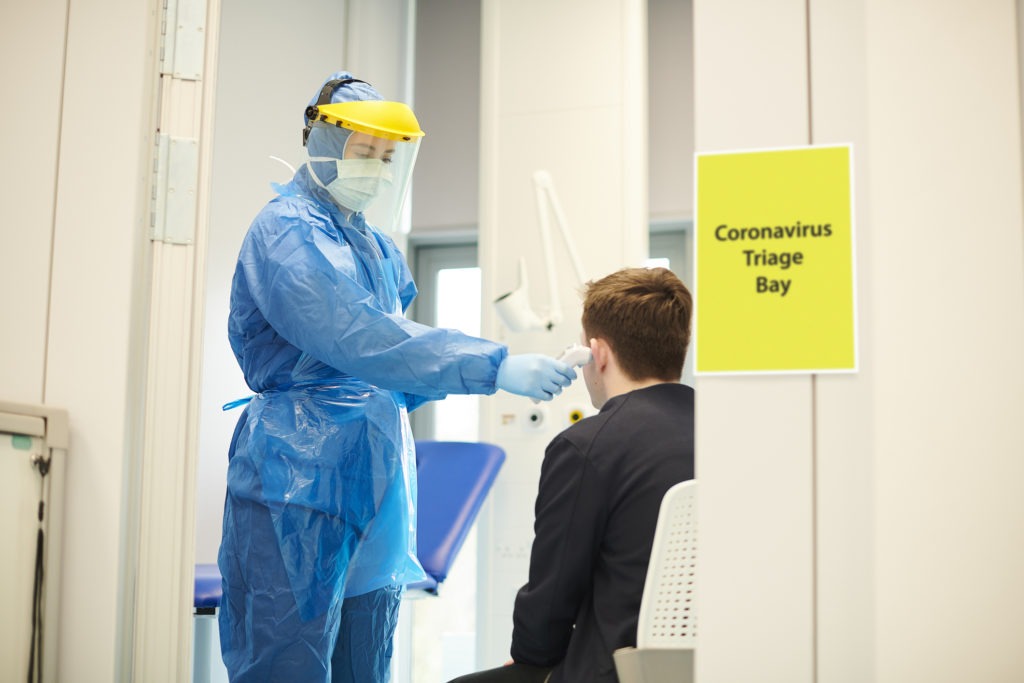 The automotive industry stands ready to help in the fight against the coronavirus (COVID-19) pandemic sweeping the globe, with manufacturing facilities that could be re-tuned to produce essential medical equipment for health services.

As demand for new vehicles drops around the world, and factories shut, the manufacturing space could be utilised for other measures. Experts in the UK believe that the country’s National Health Service will require around 30,000 new ventilators to help the influx of patients at hospitals across the country.

Currently, carmakers in the UK are standing ready to act when required by the Government. ′We are ready to support any initiatives where manufacturing and engineering expertise can be useful. We are looking into the Government’s request, and will endeavour to support where possible,’ Nissan told Autovista Group in an emailed statement.

′We have offered any support possible and are in discussions to see what can be done,’ added Vauxhall, which may also be able to help when it comes to 3D printing of components for medical equipment. Speaking to The Guardian newspaper, Helen Foord, head of government relations at the PSA Group-owned carmaker added: ′We are experts at assembly and efficient mass production; we know how to process and we know how to make it lean. We’ve offered our services as an assembly plant and we have 3D-printing capability at Ellesmere Port too.’

′We have been approached for help with the production of ventilators as part of ongoing discussions with the Government. As a British company, naturally, we will do whatever we can to support our communities during these unprecedented times,’ JLR added.

Niche carmakers are also standing ready. ′At this stage as McLaren Group, we have offered our design and engineering expertise to UK Government but as this is their initiative they are coordinating the next steps,’ the carmaker told Autovista Group.

With the Formula 1 season currently postponed, a number of teams have been approached by the commercial-rights holders and the UK Government to establish the feasibility of supporting the production of medical equipment.

′All the teams have expert design, technology and production capabilities, and specialise in rapid prototyping and high-value manufacturing, which is hoped can be applied to the critical needs set out by Government,’ Formula 1 said.

′Working with Innovate UK, the High-Value Manufacturing Catapult team and University College London together with its associated hospitals, the teams are evaluating a number of routes in conjunction with existing manufacturers and organisations from the aerospace and automotive sectors.’

While some have questioned whether carmakers will be able to build the complex machinery required by health services, the UK Government has stated that the Medicines and Healthcare products Regulatory Agency ′may, in this exceptional situation, authorise the supply of non-CE marked devices in the interest of the protection of health.’

The question that companies must ask themselves is whether the retooling required can be done quickly and with little investment, and what will happen once the crisis passes and vehicle production can resume. In an interview with German newspaper Handelsblatt, Daimler CEO Ola KÃ¤llenius suggested that the European industry was running ′six weeks behind China’ when it comes to COVID-19 shutdowns. With China now slowly starting to open factories and start production of vehicles, it may not be long until European firms make a similar move.

Yet demand for new vehicles is unlikely to simply spike back up to previously forecast levels for the rest of the year, especially as economies are hit, and wages are decreased or suspended altogether. Therefore, those looking to help the health services can still consider keeping one production line running for essential equipment as they slowly rebuild vehicle manufacturing.

Carmakers could also convert their paint shops for the assembly of the equipment as these areas are clean and have controlled environments to ensure the painting process remains contaminant-free.

In the US, Ford has announced it will join forces with firms including 3M and GE Healthcare to lend its manufacturing and engineering expertise for the production of medical equipment. Additionally, the carmaker plans to assemble more than 100,000 face shields per week and leverage its in-house 3D printing capability to produce disposable respirators for healthcare workers.

′This is such a critical time for the US and the world. It is time for action and cooperation. By coming together across multiple industries, we can make a real difference for people in need and those on the front lines of this crisis,’ said executive chairman Bill Ford.

Fiat Chrysler is taking a different approach, using a facility in China to make a million face masks a mont, to donate to health-care providers in the US. According to an email sent by CEO Mike Manley and obtained by Bloomberg, the carmaker will begin conversion of the plant in the coming days and has picked China for the production as the country is getting back on its. At the same time, facilities in Europe and the US remain closed.