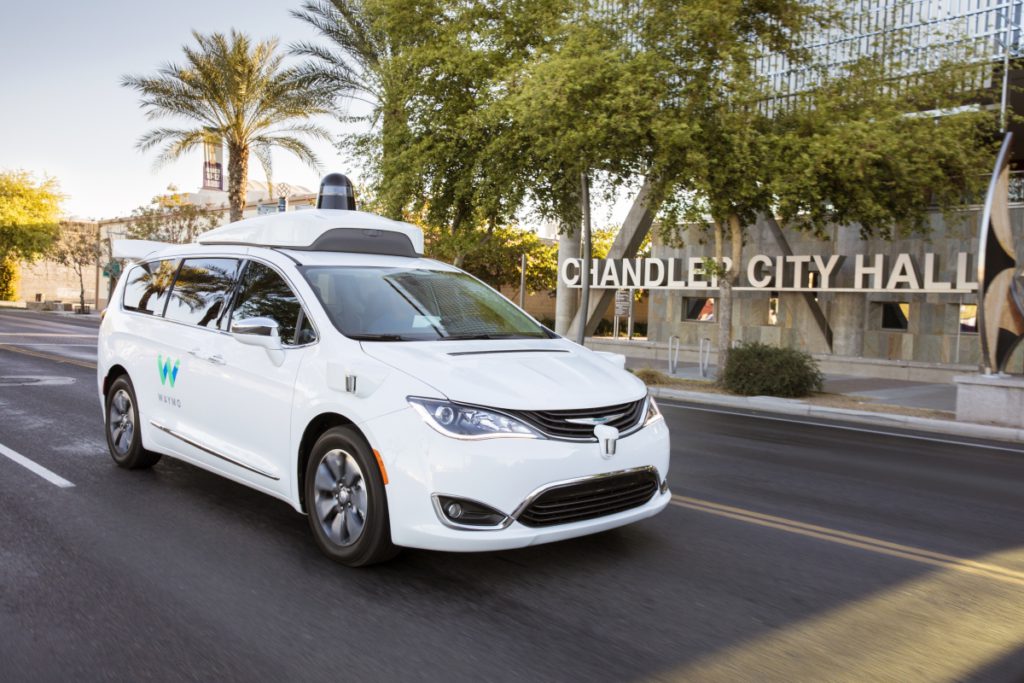 27 June 2017 Google ridesharing sister division Waymo’s autonomous car ambitions are now formally on track to deployment, with Waymo entering into alliance with rental firm Avis, which owns popular on-demand rental service Zipcar, to run its fleet of autonomous vehicles. It is the first major deal outlining commercial-style management of driverless car fleets, which is set to revolutionise the entire transport industry. Avis shares skyrocketed 21% to its highest level in five years. Google rival Apple, also moving deeply into the auto industry, announced a similar smaller-scale deal with fleet manager Hertz, as the autonomous dream looks soon to be realised. The Waymo partnership will launch in Phoenix later this year. Avis will service and store Waymo’s Chrysler Pacifica minivans in tents in Phoenix, as part of its final-stage giant 600-vehicle public trial. Waymo expects to expand its autonomous systems into other cars over time, as it expands its service into new areas through commercial partnerships. The arrangement is not exclusive for Avis, and lasts for multiple years. Waymo will continue to own the vehicles, paying Avis for its service. The deal gives Waymo direct access to Avis’ Zipcar, which has more than one million members, focussed on urban centres. This plugs a key weakness for Waymo compared to rivals such as OEM services (e.g. Daimler’s Car2Go) and that of Uber, who have their own sprawling networks of traditional cars and a pre-existing customer base that can be transferred over to autonomous transport services over time. Waymo CEO John Krafcik revealed that Zipcar was part of Avis’ unique appeal. He added: ′One of the wonderful things about partnerships like this is that they are open.’ The deal is in addition to Waymo’s new partnership with Lyft, although the partnership with Avis is expected to be closer. It remains to be seen how profitable the deal will be for Avis. It would not be surprising to see more Waymo partnerships with other mobility service providers going forward. While Waymo is currently exploring multiple commercial models, including ride hailing, logistics and personal car sales, it would be logical to expect it to aim to become the de-facto autonomous platform for service providers, much like Google’s Android became for smartphone manufacturers. Krafcik said the Avis deal can support all commercial models. Waymo seems to be following the typically winning Google approach of perfecting the technology first, and then working out the best way to commercialise it. Waymo started its Phoenix pilot project in April after almost a decade of research, and is widely believed to have the superior autonomous technology worldwide. California is the largest hub globally for driverless testing, and Waymo logged 30 times more miles of testing than all their competitors put together in the state last year. In Phoenix, Avis will take care of cleaning, oil changes, tyre rotations and other vehicle services. It will also add tailored tents to protect the vehicles from the rain, and retrofit select facilities. Waymo expects its vehicles to be driving constantly, so will need very high levels of maintenance, with Krafcik expecting Waymo vehicles to log around six times the miles per year of average cars in the car-dominant US. They will also likely have higher wear than an average taxi, due to the potential for relentlessly long operating hours, with the lack of a driver. However, Avis and its services will not be responsible for the upkeep of Waymo’s specialist autonomous hardware systems, such as its lidar (laser distance measuring) sensors. This allows Waymo to keep its tech close to its chest. Waymo’s world-first deal with Avis has been in the works since January. Krafcik said: ′Partnerships can come together very, very quickly when both parties have something to gain.’ Rivals are also positioning themselves, including Uber doing a deal with LeasePlan and with multiple carmakers. In addition to its deal with Waymo, Lyft is also working with General Motors, which has its own Maven self-driving car programme and car sharing service, which competes against Zipcar. Google parent Alphabet is also a long-time investor in Uber, despite Waymo falling out with the company, linking all the major players. Meanwhile, secretive Apple, whose autonomous car programme is thought to be significantly behind that of Google’s, has revealed a similar deal with the leasing arm of Hertz, through documents released recently by the California Department of Motor Vehicles. It follows Apple receiving a license to test three autonomous vehicles in April, which listed Hertz’s fleet management unit Donlen as the lessor. Hertz shares surged 18% to the most in almost two year on the news. The iPhone maker is leasing Toyota’s Lexus RX450h. Apple’s autonomous car project, known internally as project Titan, was recently refocussed on developing autonomous systems, rather than building a whole Apple car. While this would have fitted in with Apples maximum-margin preference for tying its software to its own hardware, it proved to have been an overly ambitious initial ambition. The partnerships are very welcome news for Avis and Hertz, who had both been suffering falling revenues amid investor concern about the role of rental companies in an autonomous future, where self-driving cars and ridesharing solutions play an increasingly greater role. Both will be striving to strongly build on these new partnerships as they look to adjust their business models to the new mobility growth models of the future.

Avis CEO Larry De Shon said: ′It’s coming our way. So it’s important for us to get involved now. This demonstrates that we can extend our business into fleet-management-as-a-service.’