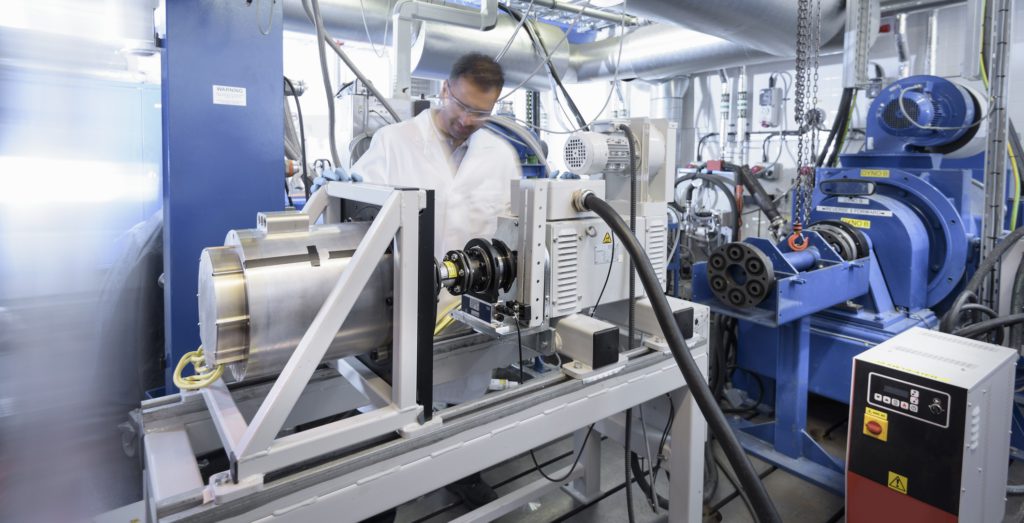 Opel has given more details about its planned battery-cell production capacity at its site in the south-west of Germany.

The carmaker, which is developing several battery-electric (BEV) and plug-in hybrid (PHEV) models, will look to produce 24GWh in the facility once the relevant technology is completed by its partner in the venture, Saft.

′Starting in 2023, we intend to gradually build three blocks, each with a capacity of eight-gigawatt hours. This means that around half-a-million vehicles a year will be able to be powered by battery cells ′Made in Kaiserslautern’ in future,’ said Opel Managing Director Michael Lohscheller during an event with German Federal Minister for Economic Affairs, Peter Altmaier and Rhineland-Palatinate Premier Malu Dreyer in Kaiserslautern.

The carmaker will invest around €2 billion in the project, and 2,000 jobs will be created at the German site.

With a capacity of 24 GWh and 500,000 vehicles, Lohscheller thus expects an average battery size of 48 kWh in each car. This corresponds roughly to the battery capacity installed in the Opel Corsa-e or Peugeot e-208. Production of upcoming BEVs with larger batteries will need to be offset by PHEV models with significantly lower capacity.

The planned parallel factory in France will also have a capacity of 24 GWh, and in combination with the battery-cell production at Opel’s Kaiserslautern site, the consortium will be producing a total of 48GWh. The total investment volume for this project is almost €5 billion.

The consortium consisting of the French battery manufacturer Saft, Opel and other companies started pilot production at the Saft site in Nersac in the south of France at the end of January. ′The pilot production that we now have here is the precursor for series-cell production,’ said Research Minister Anja Karliczek at the event.

Production at the parallel factory in Douvrin in northern France is scheduled to start in 2023 and Kaiserslautern one year later.

At the event in Nersac, it was also announced that Opel parent company PSA and Total subsidiary Saft intend to set up a joint venture called ACC (Automotive Cell Company). This joint venture will pool the ′know-how to develop activities for the production of electric-vehicle batteries in Europe’

Meanwhile, Volkswagen and Northvolt want to increase the capacity of their battery-cell factory in Salzgitter, Germany. The companies are looking for growth of 50% at the facility and will submit the application for expansion in March.

Battery-cell production will grow from 16GWh to 24GWh, should the plans be passed. The carmaker has not said when any proposed building would start, but wants the option as it increases the number of BEVs it produces.

With an average battery capacity of 50 kWh in their vehicles, the planned 16 GWh production is only enough for 320,000 electric cars, which is roughly only the capacity of one of their electric-car manufacturing sites, meaning the carmaker will still need to buy in batteries for its planned BEV target.