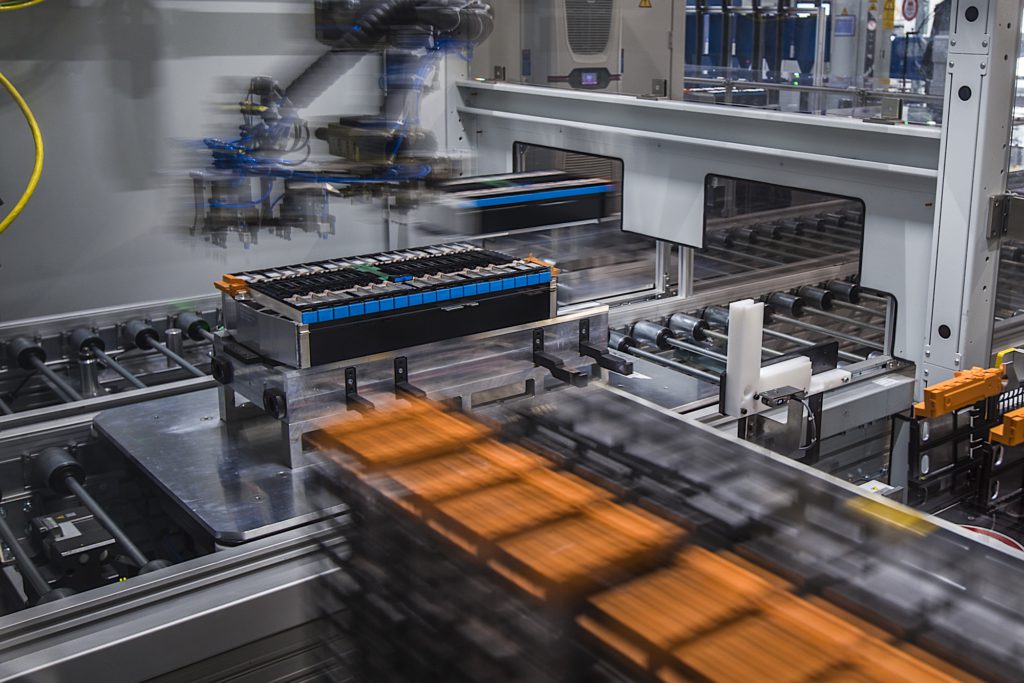 The BMW Group is expanding its production capacity for electric drivetrains in Germany. From mid-2021, the Leipzig plant will add another string to its bow and begin producing modules for the manufacturer’s high-voltage electric-vehicle (EV) batteries.

Meanwhile, FEV has inaugurated the world’s largest development and test centre for high-voltage EV batteries, known as the eDLP. Located not too far from Leipzig, the company affirms its commitment to Germany as a business location, as well as setting its sights on the future of mobility.

BMW’s Leipzig plant has been involved in e-mobility since 2013, first producing the i3 model and then beginning work on the i8 the following year. Now the carmaker will invest more than €100 million in the site by 2022, to prepare for an increase in EV sales. By the same year, more than 150 people will be working on battery-module production at the plant

Michael Nikolaides, head of planning and production for engines and e-drives, and plant director Hans-Peter Kemser made the announcement at an event with the Governor of Saxony, Michael Kretschmer, and the Lord Mayor of Leipzig, Burkhard Jung.

′We are delighted to once again bring e-mobility to Leipzig,’ said Kemser. ′We are investing more than €100 million in setting up the battery-module production on-premises comprising a total of 10,000 square metres.’

The batteries for all BMW and Mini EVs have been produced at three in-house facilities in Dingolfing, Germany, Spartanburg, USA and Shenyang, China. The new battery module production at Leipzig will join this network from 2021 onward.

From cell to battery

The production process for the batteries consists of two main steps. First, the cells are tested, then assembled into larger units, known as modules. All of this takes place as part of a highly automated process. The modules are then mounted into an aluminium casing along with the vehicle connectors, as well as the control and cooling units.

The size and shape of the casing, as well as the number of battery modules, vary based upon the vehicle variant. The modular design of the batteries allows the components to serve as the basis for a range of e-drive variants, as well as ensuring uniform properties in production. It also allows the carmaker to respond quickly to customer demand, and take advantage of cost savings.

′We are consistently ramping up the production of e-drives to meet our ambitious electric-mobility targets,’ explained Nikolaides. ′Just recently, we opened our competence centre for e-drive production in Dingolfing and doubled the production capacity for high-voltage batteries at BMW Brilliance Automotive in China by opening another battery centre. Now we are also stepping up our battery-production output in Germany,’ he added.

EV component production in Europe looks to be booming as Stefan Pischinger, president and CEO of FEV Group inaugurated the company’s new durability testing centre, the eDLP. Joined by Minister-President of the federal state of Saxony-Anhalt, Reiner Haseloff, Pischinger pointed to the move as proof of FEV’s capabilities. ‘We can offer every internationally established test method for batteries on currently 69 systems – all under one roof,’ he said.

The eDLP complex measures 15,500 square metres. Inside, performance and electrical tests are conducted. The site will assess environmental and mechanical impacts, as well as abuse tests for battery cells, modules, and packs, plus other components like inverters and onboard chargers. A wide range of climate zones and ambient temperatures can be reproduced, from -40°C to 90°C. Given the eDLP’s 12,000 square metre photovoltaic system, the energy required to test components is provided almost entirely by power generated from renewable resources.

′We look forward to continually enhancing Saxony-Anhalt’s strong expertise in the up-and-coming field of e-mobility with the now completed eDLP and to intensifying the solid, longstanding collaboration with FEV as an innovative company and attractive employer in the region,’ said Haseloff.

As European ambitions to boost EV production capabilities and capacities grow, so too will the number of electrified facilities. This drive will be essential as manufactures look to meet increasing emissions targets and shorten lengthy battery supply chains which currently trail back to Asia.