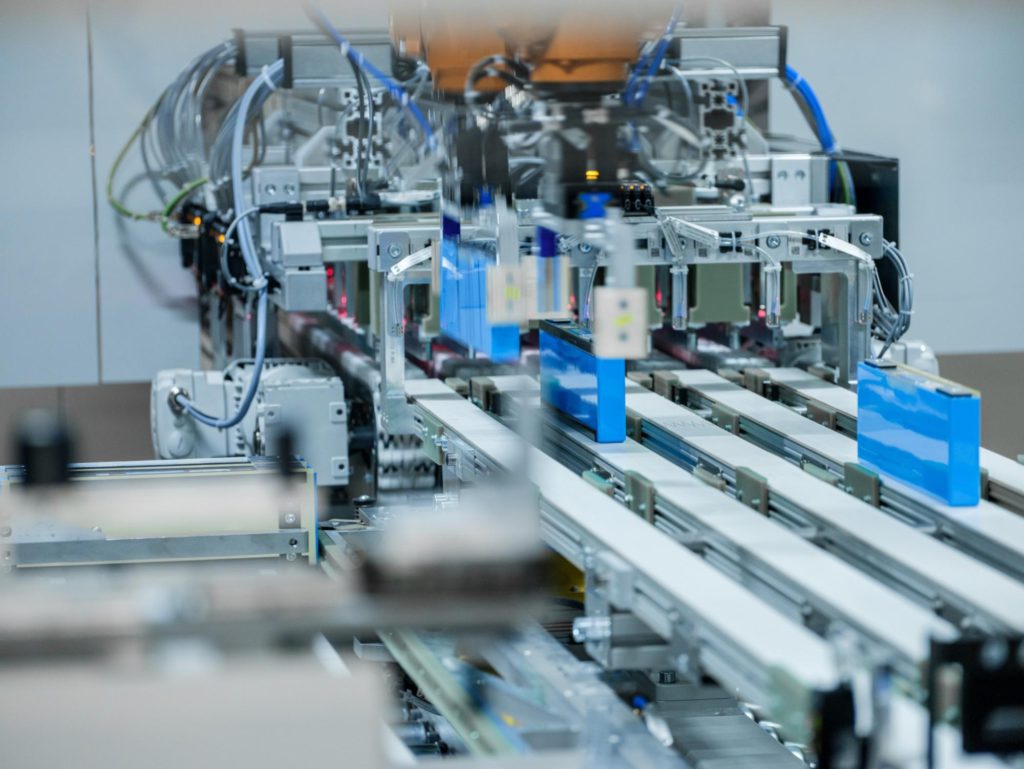 BMW Group is launching the production of battery components at its Leipzig and Regensburg plants. The carmaker has also highlighted its Lightweight Construction and Technology Centre (LuTZ). This plays a key part in producing components for its hydrogen fuel-cell electric vehicles (FCEVs).

The company is investing more than €250 million in the two plants. The sites will produce batteries for the OEM’s growing number of electrically-chargeable vehicles (EVs), including the iX and i4, both coming to market this year. The production systems are flexible, allowing it to produce components for other group EVs in the future.

′We are increasing capacity at existing locations and developing capabilities at others,’ said Michael Nikolaides, senior vice president, Production Engines and E-Drives. ′In this way, we can make the most of our associates’ expertise and experience and offer them long-term, secure jobs.’

Leipzig is the Group’s pioneer plant for electromobility and has been building the company’s first battery-electric vehicle (BEV), the BMW i3, since 2013. Now, the location will also produce electric drivetrain components.

′We are continuing on this track with the launch of battery-module production and further enhancing the plant’s future viability for electromobility,’ confirmed Hans-Peter Kemser, plant director of BMW Group Plant Leipzig. ′Plant Leipzig will play an important role in supplying the growing number of BMW Group electrified vehicles with battery components.’

The facility will make use of the 10,000 square-metre production area previously reserved for the BMW i8. Production of battery modules will begin this month with 80 employees, increasing to 150 by the end of the year. The company will invest more than €100 million in the initial phase of battery-module production at the Leipzig location in the next two years. This will be increased by the addition of a second production line in 2022.

At Regensburg, the first of four coating lines for fifth-generation battery cells went live in April. ′Regensburg has made a successful start to production of electric-drivetrain components – this is an important milestone in our transformation,’ according to Frank Bachmann, Regensburg plant director.

Until now, battery cells have been coated at BMW Group Plant in Dingolfing and the BMW Brilliance Automotive Plant Powertrain in Shenyang, China.

Coating increases the battery cell’s mechanical robustness and thermal conductivity. This helps improve insulation and cooling of the fifth-generation e-drive’s even more powerful battery cells. From 2022, the plant in Regensburg will produce high-voltage batteries from battery modules.

Meanwhile, with plans to launch a limited number of FCEV vehicles in 2022, BMW has showcased its LuTZ to German ministers. The carmaker is exploring every option for sustainable mobility, believing hydrogen has an important part to play in this effort.

The LuTZ in Landshut produces essential components for the hydrogen-electric drivetrain installed in the BMW i Hydrogen NEXT from 2022 and supplying them for the installation of the fuel-cell system in Munich.

′I am convinced hydrogen technology will gain traction – and I am committed to making Bavaria a high-tech location for hydrogen technology. This is a constructive way of responding to the climate debate,’ stated Aiwanger. ′The focus now is on building a hydrogen infrastructure at a national and international level, from production to application.’

The production location in Lower Bavaria will manufacture the so-called ′stack housing’ made of light metal, which holds the fuel cells, and the media endplate made of plastic and light metal castings. This creates an air and watertight seal around the stack housing. Hydrogen, oxygen and coolant are channelled into the housing through the media endplate to initiate the chemical reaction in the fuel cells. These complex components are specifically designed to withstand prolonged contact with hydrogen.