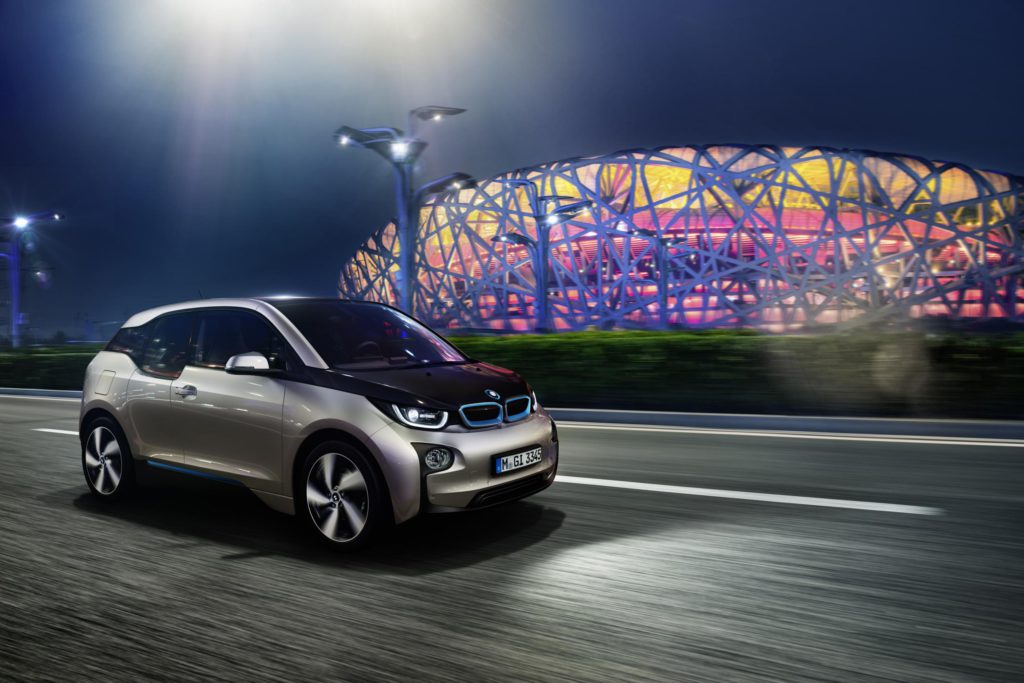 BMW’s trade-in scheme for older diesels in Germany has now also been launched in the UK with immediate effect, the company has announced. It follows the landmark diesel summit in Berlin on 2 August, aimed at forging an alternative route through the emissions crisis to avoid far more costly hardware upgrades and residual value-hurting diesel bans in cities.

UK owners of BMW Euro 4 and older diesel vehicles are offered £2,000 (€2,210) off all new BMW and MINI vehicles with CO2 emissions of 130g/km (NEDC cycle) or less. This is even more generous than BMW’s German scheme, which offers up to a lower €2,000, with the amount dependent on the model bought. The British scheme follows the July announcement that the UK will ban the sale of all petrol and diesel vehicles by 2040 in an effort to meet air quality targets.

Unlike criticised schemes announced by Daimler and Renault, the BMW incentive smartly includes its all-electric models, and well as hybrids, petrol and cleaner diesel models. The scheme starts now and like the German version runs initially until 31 December 2017, when it will be reviewed.

Named the Lower Emissions Allowance, the rebate is in addition to other UK government incentives (such as the up to €4,500 low emission car incentive on models including the BMW i3), as well as being in addition to other schemes from retailers. The German manufacturer says this means its customers can now get a Euro 6 BMW from less than £155 per month (plus initial rental), or a MINI similarly from less than £130 per month.

BMW says that of its latest range, more than 80% of models qualify for the incentive, and almost 70% of MINI models, recording 130g/km CO2 emissions or less. The customer has to have owned the older diesel for at least 12 months, and purchase the new lower emission vehicle in the same name and address as that of the older car being replaced.

BMW Group UK CEO Graeme Grieve said: ′We know in the early phases that people still need some incentive to make the jump to fully electric or plug-in hybrid vehicles and that is why we are delighted to announce this new allowance.

′For those who the alternative drivetrains do not suit their lifestyle we still offer allowance qualifying Euro-6 compliant petrol and diesel engine cars that are cleaner than ever.’

This announcement is a welcome step towards cleaning up the image of diesel, and by smartly including electric and petrol powertrains in the options for consumers looking for a replacement, furthers BMW’s future-looking strategy by enticing consumers to consider the wider suite of powertrain options, even if they ultimately decide on a Euro 6 diesel at this stage. It will help begin to change the mindset of long-diesel buyers in advance of the gradual phase-out over the coming decades.

BMW’s extension of the scheme from Germany to the UK also suggests such incentive schemes may expand to France, which has also announced it is to ban the sale of petrol and diesel cars from 2040, and potentially even go EU-wide.

BMW has also announced it is to boost the flexibility of its factories and vehicle architectures so that it can produce all-electric, plug-in hybrid and traditional combustion engines all on the same assembly lines. CEO Harald Krueger said: ′Nobody knows how many electric vehicles you’ll sell in 2020, 2021 and 2025. You don’t know how many plug-in hybrids you will sell, and you don’t know how many combustion engines you will sell. The only answer is flexibility [to] deliver all three.’

This will help the carmaker avoid the costly quandary of having underutilised factories for a certain powertrain when demand shifts elsewhere.

BMW expects electrified vehicle sales to exceed 100,000 vehicles for the first time this year (including all-electric and plug-in hybrids), and has committed to having electric and hybrid versions for every model in its range. Currently comprising nine electrified vehicles, the company’s line-up will be further bolstered in 2018 with the all-new BMW i8 Roadster, and its Oxford plant beginning production of the all-electric MINI in 2019. The all-electric X3 will follow in 2020, culminating in the company’s spearhead technology flagship the BMW iNext with Level 4 autonomy coming in 2021.