Bosch presents new technology that could save diesel market 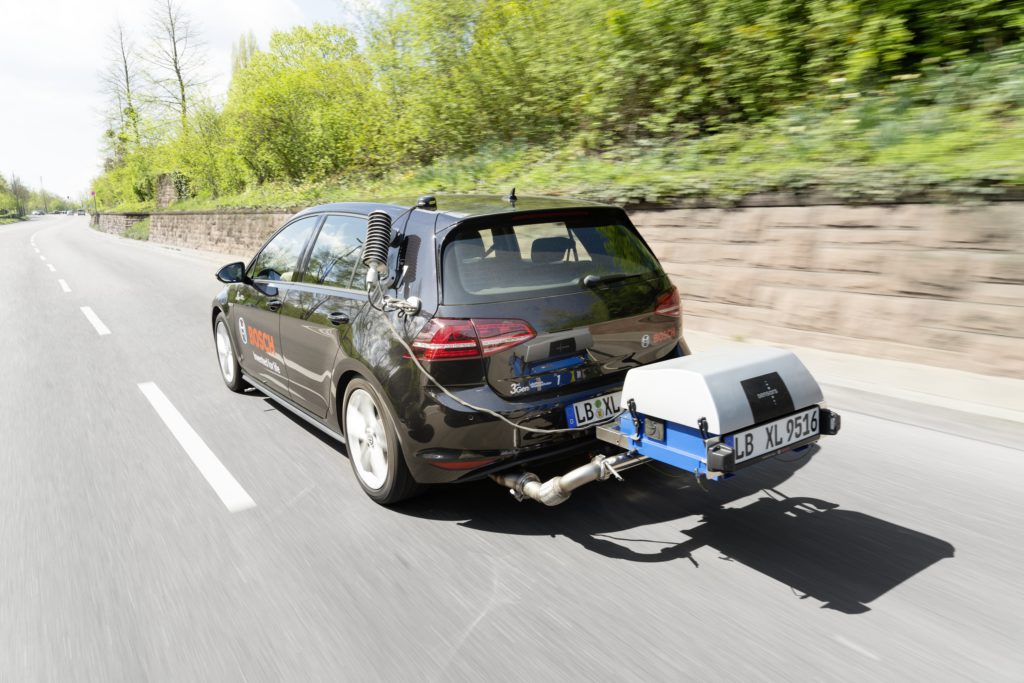 Vehicle technology supplier Bosch believes it has made a breakthrough in diesel technology that will help manufacturers avoid driving bans in Europe.

The new exhaust technology has been tested by the company and in real-world driving conditions (RDE) emits lower levels of nitrogen oxides (NOx) than is permitted by new regulations due to be adopted in 2020. Bosch engineers achieved the results by refining existing technologies, meaning no expensive additional components were needed.

Since 2017, European legislation has required that new passenger car models tested according to an RDE-compliant mix of urban, extra-urban, and freeway cycles emit no more than 168 milligrams of NOx per kilometre. As of 2020, this limit will be cut to 120 milligrams. Bosch’s readings indicate that with its new system, diesel technology can achieve as little as 13 milligrams of NOx in standard legally-compliant RDE cycles, approximately one-tenth of the prescribed limit that will apply after 2020.

′There’s a future for diesel. Today, we want to put a stop, once and for all, to the debate about the demise of diesel technology. Bosch is pushing the boundaries of what is technically feasible,’ CEO Volkmar Denner said at the company’s annual meeting. ′Equipped with the latest Bosch technology, diesel vehicles will be classed as low-emission vehicles and yet remain affordable.’ The Bosch CEO also called for greater transparency with regard to the CO2 emissions caused by road traffic, and called for fuel consumption and thus CO2 emissions to be also measured under real conditions on the road in the future.

Reducing NOx emissions will help reduce air pollution levels in cities and could, therefore, help to avoid city bans, which may be enforced in Stuttgart and Dusseldorf following a court ruling in Germany. It could also make diesel a viable technology again, increasing sales of vehicles and therefore halting a rise in CO2 levels across Europe, currently happening as the industry turns to petrol-powered motors.

Bosch states that two factors have hindered the reduction of NOx emissions in diesel vehicles, driving style and temperature. The company’s solution is a highly-responsive air-flow management system for the engine with an RDE-optimised turbocharger that reacts quicker and works with a combination of high and low-pressure exhaust gas recirculation to prevent spikes in emissions. Additionally, Bosch has opted for a sophisticated thermal management system for the diesel engine. This actively regulates the exhaust-gas temperature, thereby ensuring that the exhaust system stays hot enough to function within a stable temperature range and that emissions remain at a low level.

′We firmly believe that the diesel engine will continue to play an important role in the options for future mobility. Until electromobility breaks through to the mass market, we will still need these highly efficient combustion engines,’ Denner added. His ambitious target for Bosch engineers is the development of a new generation of diesel and gasoline engines that produce no significant particulate or NOx emissions.

Denner also called for a renewed focus on CO2 emissions, which are directly related to fuel consumption. He said that consumption tests should no longer be conducted in the laboratory but rather under RDE conditions. This would create a system comparable to the Worldwide Harmonised Light-Vehicle Test Procedure (WLTP) introduced last year and used for measuring emissions. ′That means greater transparency for the consumer and more focused climate action,’ Denner said.