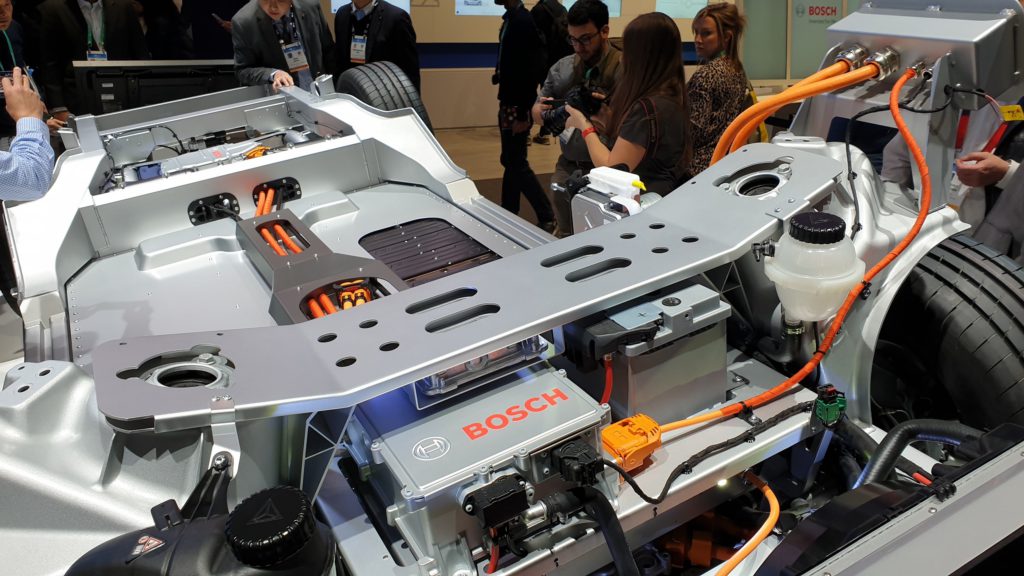 A packed four days in Vegas at the Consumer Electronics Show 2020 have ended and those that had thought that during the visit they would get their hands on a decrypted version of the future-of-mobility story may have left unsatisfied. However, there is promising progress, if you look closely, according to Autovista Group Chief Economist Christof Engelskirchen.

During Daimler’s highly anticipated keynote speech, many expected the mention of CASE (Connected, Autonomous, Shared, and Electric) as the core of what Daimler is working towards and what progress they are making. They chose a very different path; the keynote was particularly light on technology or concrete designs for next vehicle generations. It focused on a concept car inspired by the Avatar movie, with the name #AVTR. James Cameron was on stage together with Ola KÃ¤llenius for a major part of the keynote. The keynote speech delivered some powerful messages:

OEMs have notably widened their strategies and missions in light of setbacks in overhyped megatrends, in particular the autonomous vehicle and car-sharing. General Motors, for example, described their strategy as working towards zero emissions, zero accidents and zero congestion. This leaves ample room to test concepts like car sharing without making it a goal in itself,  because research has shown that free-floating car sharing actually increases congestion.

Las Vegas: a disturbing example of the mobility of today

Las Vegas and more specifically the CES has become a pivotal place to preview the latest trends in mobility. One reason is the consumer centricity of the show that remind all those exhibiting that every development focus must have the end consumer in mind. The city of Las Vegas has a long way to go towards the mobility of the future. Forget BEV, PHEV, car sharing, public transport, bikes, scooters, and even walking is hardly encouraged. Think ICE and traffic jams. There is maybe one thing to learn from how Las Vegas is dealing with ride-sharing services: Uber and Lyft pick up passengers only at designated spots at the highly frequented areas of Las Vegas, a model that other cities will likely adopt to avoid further congestion by uncontrolled getting-on-and-off logistics in the middle of a lane.

Sony’s announcement of their own concept car launch Vision-S came as a surprise and was one of the attention-grabbers of the show. While Sony did not announce plans to branch out to become a car manufacturer for the near future, it is a reminder how much lower the barriers to entry have become. With consumer focus shifting more and more to seamless integration of their connected worlds with their vehicles, it is much more logical for a consumer electronics brand to design and badge their own vehicle. In the world of Sony, a car is a gadget, just like a phone. The differentiator is the quality of interaction between driver and vehicle and the infotainment. And Sony’s VisionS is yet another example of partnerships, in this case amongst Magna Steyr, Bosch and Benteler.

There have been few car launches that we discovered at the show, one surprising one may be the Ford Mustang going electric. Check out what my colleague Sam Keates, who is concerned about the future of the muscle car, has to say about it here