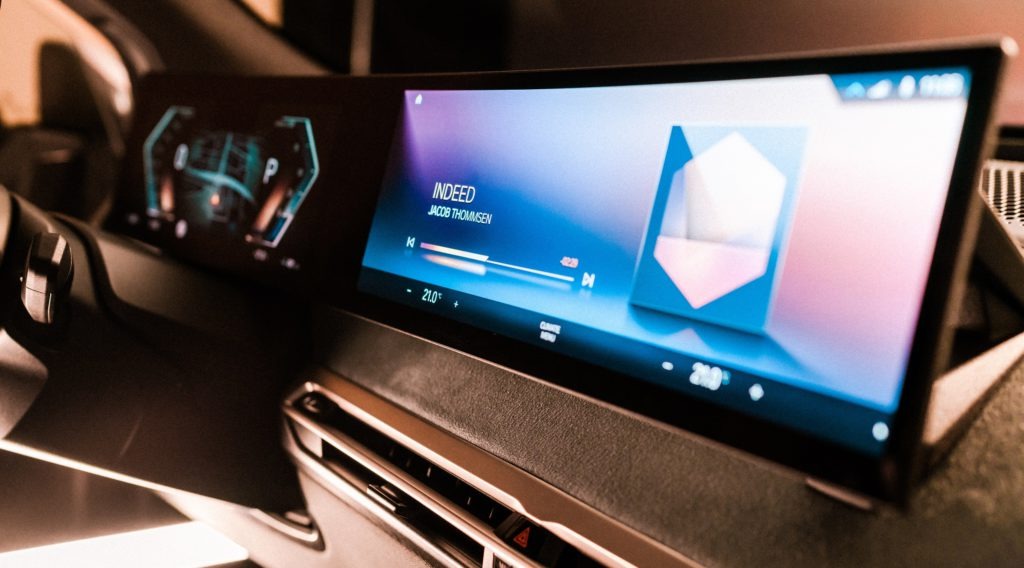 BMW is using CES 2021 to throw a 20th birthday party for its iDrive operating system. As part of the celebration, the carmaker has given attendees a sneak peek of the new interface before its official debut later this year in the iX, BMW’s upcoming fully-electric SUV.

BMW points to iDrive as setting the course for digital intelligence, which allows the driving experience to be customised to the consumer’s needs and preferences. So, as the current operating system 7 software looks to be replaced, ′the next generation of BMW iDrive takes the burgeoning relationship between a BMW and its driver to a new level,’ the carmaker states.

Hoping to bridge the gap between analogue and digital technology, BMW is banking on a wave of new functions, apparently capable of increasingly complex tasks. As cars are now fitted with optimised sensors, they are capable of analysing their surroundings on an entirely different level to what was previously thought possible. This means elements of driving and parking can be automated, while cloud-based services have access to an ocean of real-time data.

Hinting at the upcoming possibilities, BMW pointed out that connected cars have access to a far greater amount of information than the driver. This could include receiving and displaying hazard warning lights from other BMWs and making predictions about available parking spaces at a destination.

′The next-generation BMW iDrive is set up to utilise the potential of an intelligently connected vehicle more extensively than ever and so make the mobility experience even safer, even more comfortable and convenient, and even richer in variety,’ the carmaker said.

A story of generations

In an attempt to highlight the evolution of the iDrive system, the OEM also released a new Pixar-esque marketing video to a rather mixed reception. In it, a 2001 BMW 7 Series, in which iDrive first debuted, squares off against the upcoming iX, which features the latest operating system and gadgetry.

While crude in places, the video does shine a light on some of the iX’s upcoming features. These include advanced customisation features, like vehicle naming and interior lighting, as well as an intelligent personal assistant which reacts to voice, gesture and view. But perhaps somewhat understated was the significant changing of the guard, from internal combustion engines (ICEs) to battery-electric vehicles (BEVs).