Following its unveiling only a few days before this year’s virtual Consumer Electronics Show (CES), Mercedes-Benz took to the digital showcase this week to reveal what the MBUX Hyperscreen is capable of. At over 140 centimetres in length, it stretches nearly the entire width of the carmaker’s upcoming battery-electric vehicle (BEV), the EQS luxury saloon.

′The new MBUX Hyperscreen combines unique electrical aesthetics with outstanding user-friendliness. A decisive strength is the clever networking of all systems based on intelligent, adaptive software. This makes the Hyperscreen the brain of the car; it’s connected to and communicates with all components of the vehicle,’ said Sajjad Khan, member of the board of management of Mercedes-Benz and CTO.

The carmaker revealed at CES that the interface will be equipped with a smart location-based feature called ′Mercedes Travel Knowledge.’ The function evaluates its surroundings alongside map data to provide information about interesting landmarks en route, from notable buildings and landmarks to entire cities. 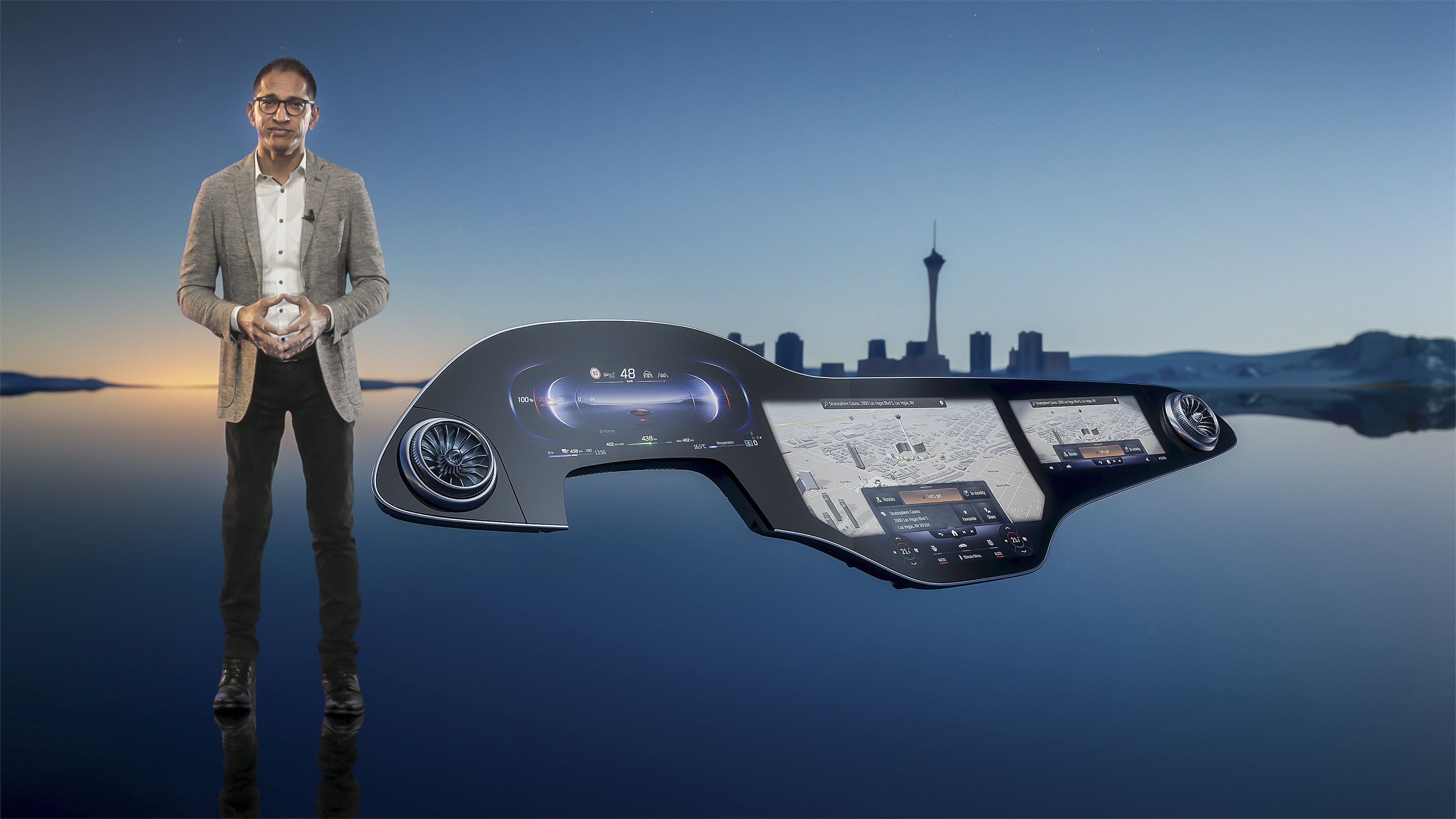 Users can simply ask; ′Hey Mercedes, what is the name of the restaurant on the left’ – and the information will pop up on the respective display as well as being spoken aloud by the voice assistant. Thanks to a flexible update from MBUX via the cloud, this feature will also be available in the new S-Class.

When three become one

The MBUX Hyperscreen is made up of three separate screens, made to merge into one seamless interface behind a large, curved 3D piece of glass. With 12 actuators stowed beneath its surface, the interface allows for haptic feedback, informing the user of their interactions. 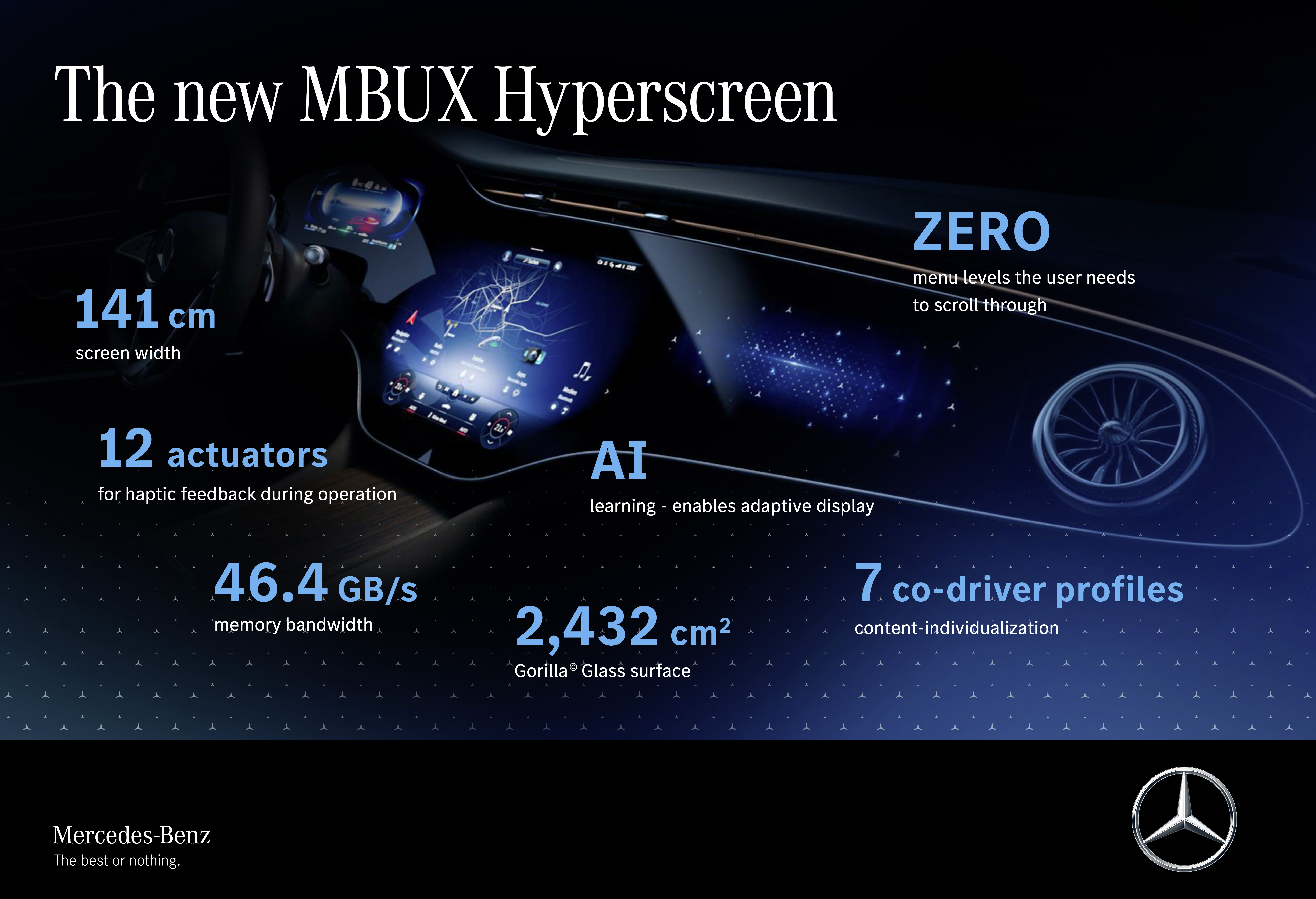 The carmaker wanted to get away from the distraction of endless menus and scrolling with its ′zero-layer’ interface. The most important applications, such as navigation or phone, are always offered situationally and contextually on the top level in the field of vision.

′When developing the MBUX Hyperscreen, the focus was clearly on the customer,’ said Khan. ′The goal was a concept without distracting the driver or complicated operation, but one that is capable of learning thanks to artificial intelligence.

′The MBUX Hyperscreen understands the customer better and better and thus delivers a customised, personalised infotainment and operating offer before the user has to click on anything. This is customer orientation and digital thinking in 2021.’