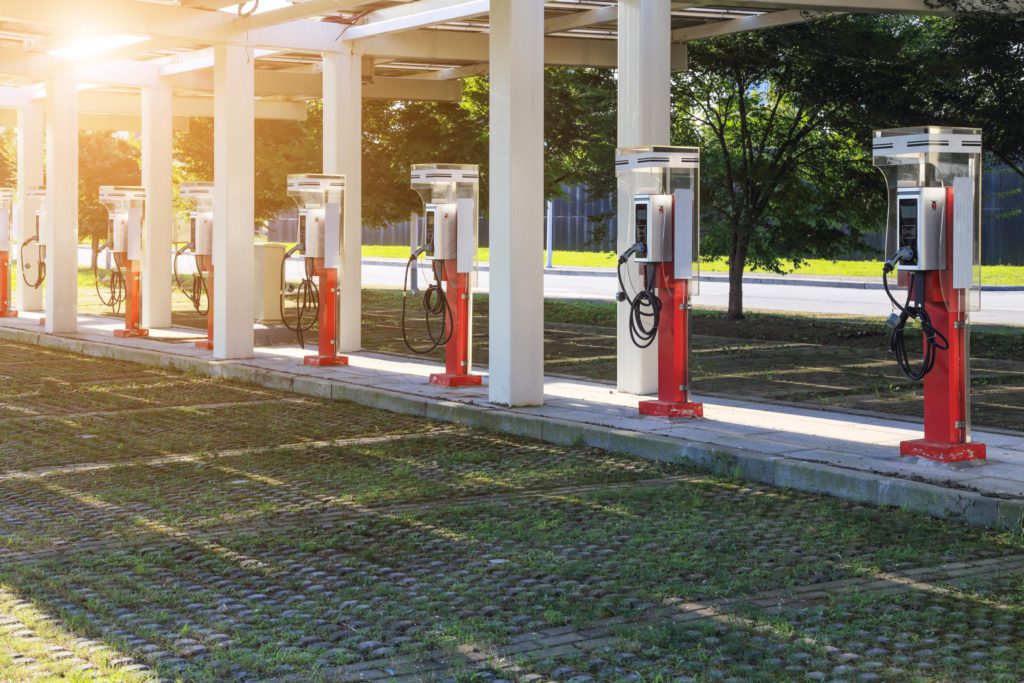 The number of publicly accessible charging points for electric vehicles (EVs) increased by 60% in 2019. This is the greatest saturation in three years, outgrowing sales of battery-powered cars, according to a new report from the International Energy Agency (IEA).

In its annual Global EV Outlook publication, the IEA identifies developments and trends in electromobility around the world. The report is developed with support from members of the Electric Vehicle Initiative. Currently, 13 countries participate in this initiative: Canada, France, Japan, Norway, Chile, Germany, the Netherlands, Sweden, China, India, New Zealand, the UK, and Finland.

In 2019, the IEA reports that there were roughly 7.3 million chargers worldwide. About 6.5 million were private, slow light-duty vehicle chargers in homes and workplaces. Meanwhile, publicly accessible chargers made up 12% of global light-duty vehicle chargers, most of which were slow. The IEA defines slow-chargers as providing up to 22kW of power. Globally, the number of both slow and fast publicly accessible chargers increased by 60% last year compared with 2018.

However, how information is sourced, collected and evaluated can reveal different pictures of how EV infrastructure is developing globally. Analysing data from a diffeent source, the European Alternative Fuels Observatory (EAFO), Autovista Group reoprted that in 2019 the Netherlands leads the way in Europe in terms of the total number of charging points. When this number is divided by the population to provide a figure for ′charging density’, i.e. charging points per 1,000 of population, the Netherlands is second only to Norway.

In Germany, energy industry association BDEW recently conducted a survey from its charging point register. According to its figures, EVs can access electricity at 27,730 public charging points across the country. This is almost 60% more than in May 2019, over 10,000 more points. However, fast-chargers only represent 14% of the market.

′It is pleasing to see the dynamism with which the charging infrastructure is being expanded. The energy industry is thus making a key contribution to driving forward the turnaround in transport,’ said BDEW CEO Kerstin Andreae. ′Electromobility is not only an important factor for climate protection, but can also become an effective economic driver, especially in the current difficult economic situation.’

This growth in charging infrastructure comes as the global number of electric cars on the road is expected to reach 10 million this year, according to the IEA. The agency expects thee models to fare better than the overall passenger-car market, with 2020’s global EV sales to broadly match the 2.1 million sold in 2019. This would make up 3% of the total global car sales.

In 2019, the European Automobile Manufacturers Association (ACEA) showed that demand for alternatively powered vehicles grew significantly across the EU. Electrically-chargeable vehicles were among the main drivers of growth, up 52.9% with 459,450 units in total. Both the battery-electric vehicle (BEV) segment and plug-in hybrids posted strong gains (93.2% and 13.9%, respectively). In line with charging-point density, Norway and the Netherlands had the greatest BEV share of new-car registrations in 2019 (42.4% and 13.9% respectively).

ACEA acknowledges that by the European Commission’s estimates, at least 2.8 million electric charging points will be needed across the EU by 2030. This means a 20-fold increase is required by the beginning of the next decade. At the beginning of June, the Commission revealed its green €750 billion COVID-19 economic recovery plan. With part of these funds looking to support the financing of one million charging points, the need to invest in EV infrastructure has been cemented to encourage uptake.