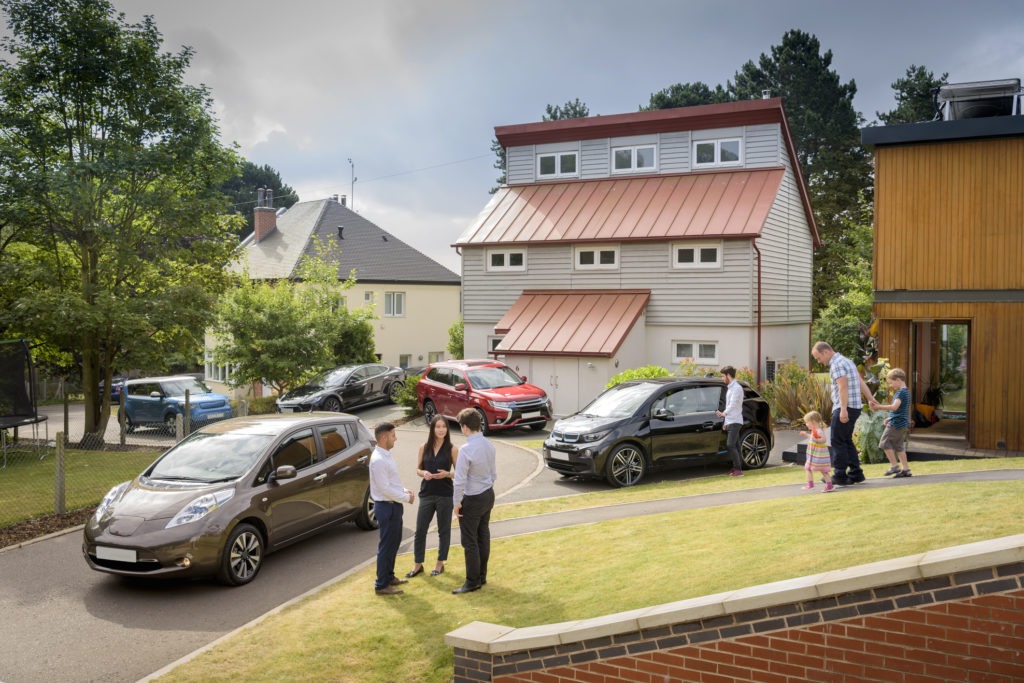 Chargie, a peer-to-peer electric vehicle charging service is being rolled out in the UK. It enables electric vehicle (EV) drivers to access the domestic, wall-mounted chargepoints of other owners that have signed up to the service.

The aim of the scheme is to make EVs a viable proposition for greater numbers of motorists, including those travelling longer distances and to destinations in areas with no public charging points. The service has parallels with the Airbnb web-based hospitality marketplace as the EV owner locates a domestic chargepoint on the website and sends a booking request to the homeowner. The homeowner can then review the profile of the person making the booking before accepting or declining it. Once the booking is accepted, the user pays via Chargie and the system contacts both parties to confirm details.

A charge typically costs the homeowner around £2 (€2.35) to £4 (€4.71) depending on their tariff, though they can specify their own per-charge cost when they register on the website. Chargie adds a small service fee, which is halved if the person has already put their own chargepoint on the network. Registration and search are free, and householders are able to specify when their own units are available.

′We want Chargie to help make electric cars the dominant form of transport in the UK, not just for short local runs, which is how many electric cars are currently used,’ explains Chargie Director, Jan Stannard. She adds: ′For that to happen you need to be able to go a distance and know for sure that you can charge at the other end. At the moment, that’s simply not possible. Other than major cities and motorway service stations, most areas of the UK still have no meaningful charging infrastructure. But the UK does have nearly 100,000 people with plug-in cars, and by 2027 1.3 million electric vehicles are expected to be registered each year, according to government-backed figures. We believe that many owners who have a professionally-fitted charging unit on the exterior of their homes will be happy to let fellow EV drivers plug in when the unit isn’t being used, provided they can recoup the cost.’

Ahead of its official launch to EV users on 16 May 2017, domestic chargepoint owners are being sought to register with the service.

The Chargie scheme is similar in concept to Elbnb, which Renault introduced in Sweden in June 2016. Elbnb also seeks to enable owners to charge their EVs using the domestic chargepoints of private individuals but a key difference is that the price is not set and is negotiated between the two parties. Elbnb currently has more than 1200 private chargepoints registered.