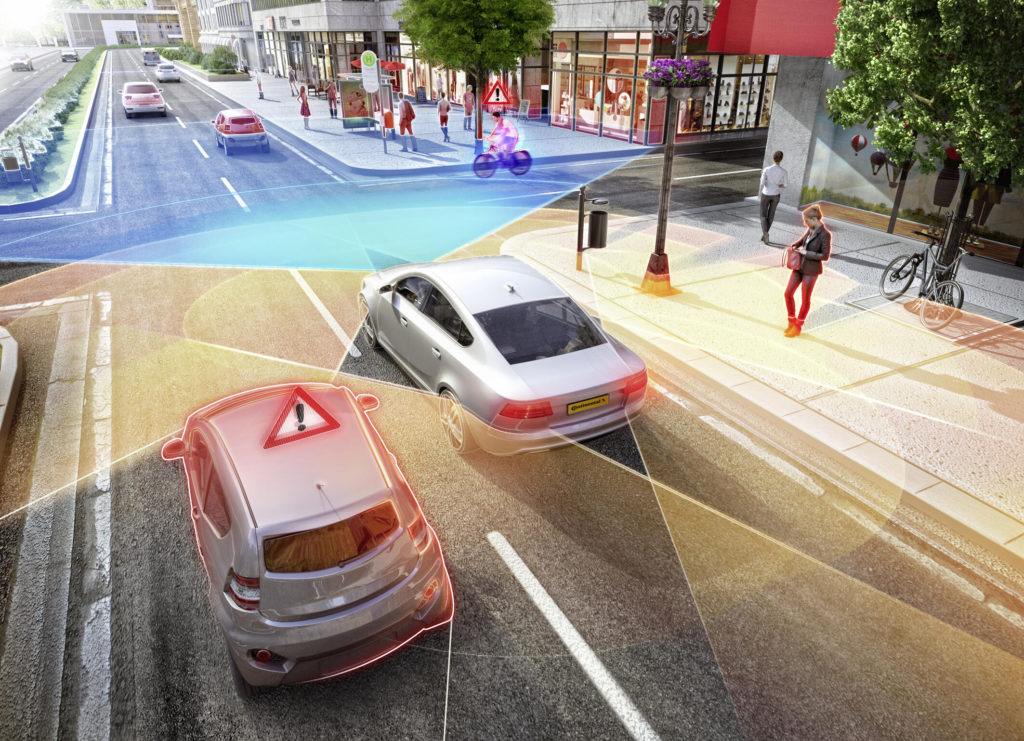 Continental will kick start its own ′Autonomous Mobility' unit at the start of next year. The company's supervisory board confirmed advanced driver-assistance systems (ADAS) and automated driving will play a major part in its strategic realignment.

As carmakers move into an era of digital mobility, automotive suppliers capable of spotting upcoming technological trends and meeting manufacturer demand will come out on top. But these advanced systems can cost enormous amounts of money, time and effort. This makes picking the right trend a high-stakes gamble. While autonomy is a very exciting area of vehicle development, it also requires a tremendous investment, one on which Continental will need to see a return.

From 1 January 2022, Continental's new dedicated autonomous systems unit will take off, powered largely by its current ADAS teams. Reporting its annual figures at the beginning of March, the company confirmed it would invest an additional €200 million to €250 million in assisted and automated driving this year. It hopes that the continually developing technology will provide enough bountiful opportunities to produce profit growth.

CEO Nikolai Setzer predicts that the autonomous market will more than double in the next three years. This projection of growth has led Continental to intensify its focus on the technology by creating new structures like the ′Autonomous Mobility' unit to help research, develop and industrialise its own capabilities.

′We already have a strong position in this area. We are expanding this position extensively, giving our activities in the area a big boost and gaining momentum as a top team in the autonomous mobility market,' Setzer said. ′At the same time, we are opening ourselves up even more to potential large-scale cooperation with technology partners and start-up companies. After all, our goal is and will continue to be global technology leadership when it comes to assisted and automated driving.'

Between 2018 and 2020, Continental's autonomous technology lines chalked up orders worth €9 billion. The company hopes to increase this amount substantially in the coming years as demand increases alongside vehicle automation. While Continental did make its name supplying physical parts like tyres, its future profit margins could see further advance through the sale of software.

′It is software that will clearly make the difference in the future,' Setzer explained. ′Its development and industrialisation require that we have extremely short response times and the utmost flexibility as well as agile, interdisciplinary cooperation within our organisation and with our external partners in all regions.'

As part of its recent meeting, Continental's supervisory board also committed to spinning off Vitesco Technologies. Subject to shareholder approval, the powertrain company will gain independence within the second half of 2021, with a subsequent listing on the stock market.

′Today, we gave the green light to continue proceedings aimed at establishing the entrepreneurial independence of Vitesco Technologies. If the shareholders agree, we will turn one global champion into two in the future – each in their own area,' said Wolfgang Reitzle, chairman of the supervisory board. ′Vitesco Technologies is a trailblazer in the field of powertrain electrification, and Continental is a pioneer for connected, safe and sustainable mobility. With this step, both technology companies will be able to achieve their full potential.'

Last month the drivetrain manufacturer announced its new Debrecen plant (Hungary) had gone into operation following two years of construction and €100 million worth of investment. Designed with Industry 4.0 in mind, it utilises autonomous transport robots, an intelligent warehouse management system, computer-assisted maintenance, and other automated building functions. So not only is Continental and its subsidiaries looking to autonomous technology to bolster its profit margins, but its production lines as well.