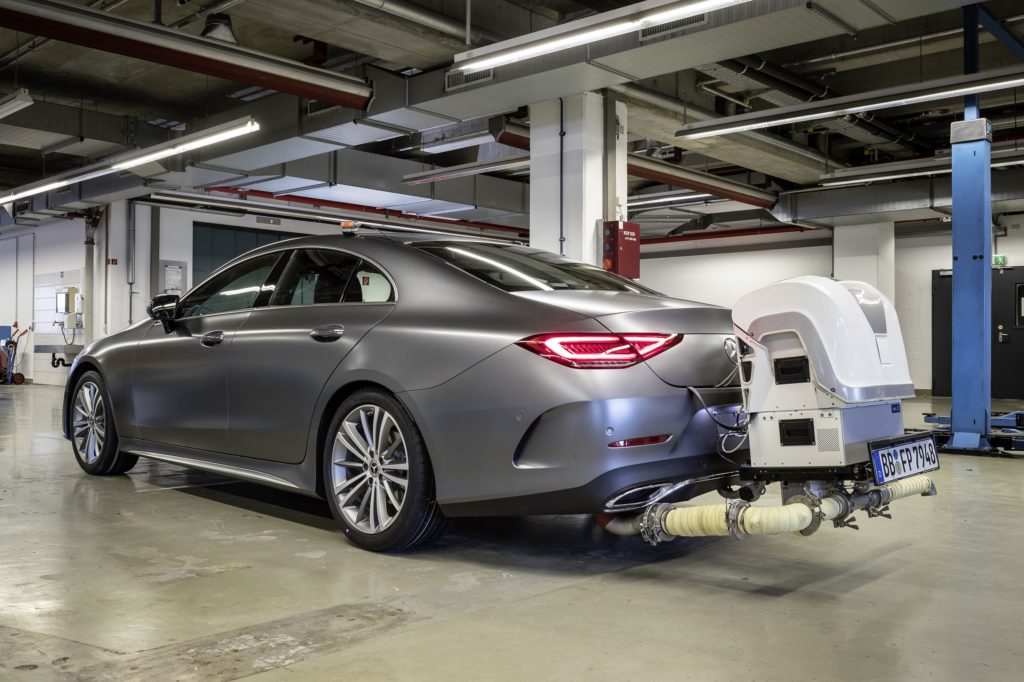 As manufacturers increase their efforts to ensure all models are compliant with the Worldwide Harmonised Light-Vehicle Test Procedure (WLTP), Daimler has set itself ambitious goals on the emissions its vehicles produce.

By 2020, the German vehicle maker wants to achieve an average value of 30 milligrams of nitric oxide per kilometre across its entire range. This will then drop to 20mg over the following years, according to chief development officer Ola KÃ¤llenius.

This target is well below the 80-milligram limit that has been set through WLTP, including its real-world driving experience (RDE) portion, which recreates on-road conditions rather than restricting findings to a laboratory.

Daimler will not use any new technologies or paths to achieve its goal, instead relying on its existing engine technologies across all series. In addition, there will be a 1.6-litre diesel engine with a reduced bore and stroke. The engines differ from older diesel engines by a different mixture formation process, a two-stage exhaust gas recirculation and a very close to the engine built SCR catalyst.

Combining engine and exhaust gas technology is a process recently demonstrated by Bosch, which reached an average of 26 milligrams in extreme testing that went beyond what the RDE portion of WLTP requires.

Meanwhile, in the face of potential production bottlenecks surrounding the introduction of WLTP, the management of Volkswagen (VW) is considering a reduction of holidays at its plants.

′The changeover to the new WLTP test procedure will mean that Volkswagen Passenger Cars will be able to make adjustments in production in the second half of the year,’ a brand spokesperson told Automobilwoche.

′If there should be any decisions about changed operating modes at production sites, the employees will be informed as soon as possible.’

By 1 September 2018, certified WLTP measurements will be required for all newly registered passenger cars. At present, VW customers have to sign a ′Supplementary Agreement WLTP’ when ordering a new car, as long as the new consumption and CO2 emission figures cannot be communicated to them yet.

VW has already suggested that WLTP may cause bottlenecks in production as it seeks to get vehicles through the procedure. VW finance chief Arno Antlitz suggested the automaker faced ′heavy financial demands’ due to bottlenecks expected from introducing WLTP tests. Daimler too has highlighted the challenges it faces in preparing its cars.

BMW has also suggested that it will temporarily stop production of some models, starting in May, because of modifications required, so their vehicles comply with the RDE portion of the tests.