Daimler and Bosch have teamed up to introduce automated valet parking 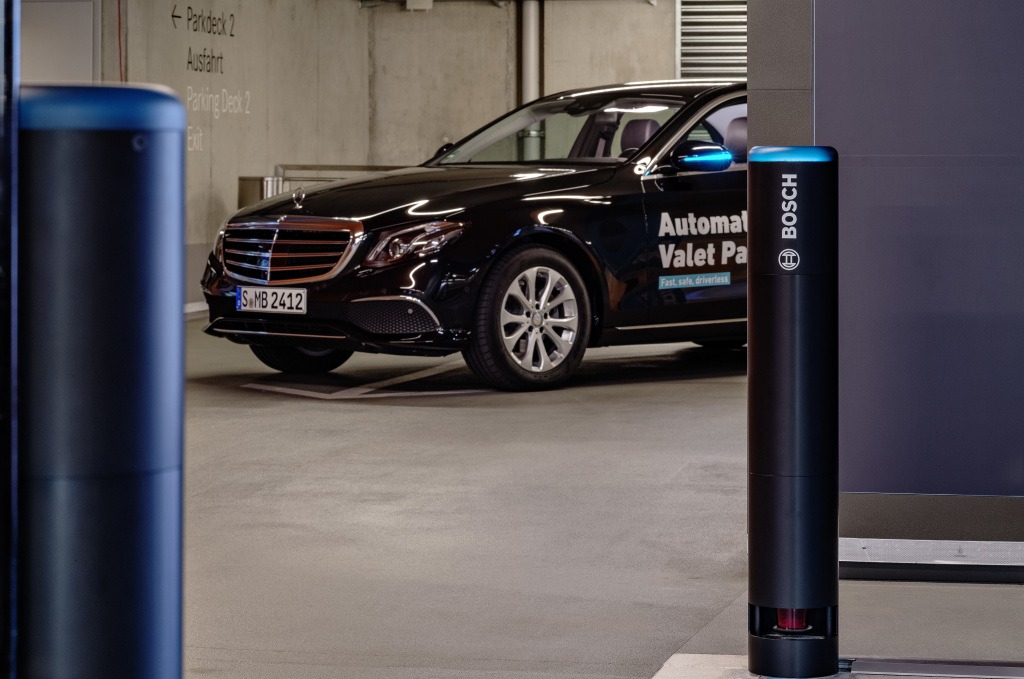 Daimler and Bosch have teamed up to introduce driverless parking (automated valet parking) in the multi-storey car park at the Mercedes-Benz Museum in Stuttgart. Cars now proceed without a driver to their assigned parking space in response to a command issued by smartphone, without any need for the driver to supervise the manoeuvre.

The pilot solution represents the world’s first infrastructure-supported solution for an automated drive-up and parking service in real-life dual operating mode. From the beginning of 2018, visitors to the museum’s multi-storey car park will be able to experience the convenient service at first hand and avoid spending time parking their cars.

′We are approaching autonomous driving faster than many people suspect. The driverless parking solution at the Mercedes-Benz Museum demonstrates in impressive fashion just how far the technology has come,’ said Dr Michael Hafner, head of automated driving and active safety at Mercedes-Benz Cars Development. ′Parking will be an automated process in the future. By applying an intelligent multi-storey car park infrastructure and networking it with vehicles, we have managed to realise driverless parking substantially earlier than planned,’ said Gerhard Steiger, director of the chassis systems control unit at Bosch.

Anyone can reserve a car using a smartphone app. The vehicle rolls into the pick-up area autonomously to start the journey. The return procedure is equally convenient: the customer parks the vehicle in the car park’s drop-off area and hands it back by smartphone app. After being registered by the intelligent system installed at the multi-storey car park, the car is started and guided to an assigned parking space.

The premiere on 24 July 2017 is to be followed by an extensive trial and commissioning phase. The project has been overseen from the outset by local authorities – the Stuttgart regional council and the federal state transport ministry – and by appraisers from the TÃœV Rheinland technical inspection authority, with the aim of assessing the safe operation of the vehicle and car park technology. Before the driverless customer service goes into operation at the beginning of 2018 – as the first such application worldwide – final approval will be required from the licensing authority.

This is the latest of numerous collaborative projects announced by Daimler and Bosch, including plans to launch a driverless taxi service by 2020. However, the project has been slightly overshadowed by news that BMW has temporarily suspended cooperation talks on new projects with Daimler. According to an article published on the SÜddeutsche Zeitung website on Tuesday evening, ′BMW is now feeling a bit off and questioning further cooperation’ with Daimler as a result of its actions concerning allegations of possible cartel agreements.

Although no official decision has been taken by the BMW board, it is questioning cooperation with Daimler, which includes the joint purchase of car parts from suppliers. There is even the question as to whether this could delay a charging network for electric vehicles that is being developed by a joint venture between not just BMW and Daimler, but also Ford and Porsche.