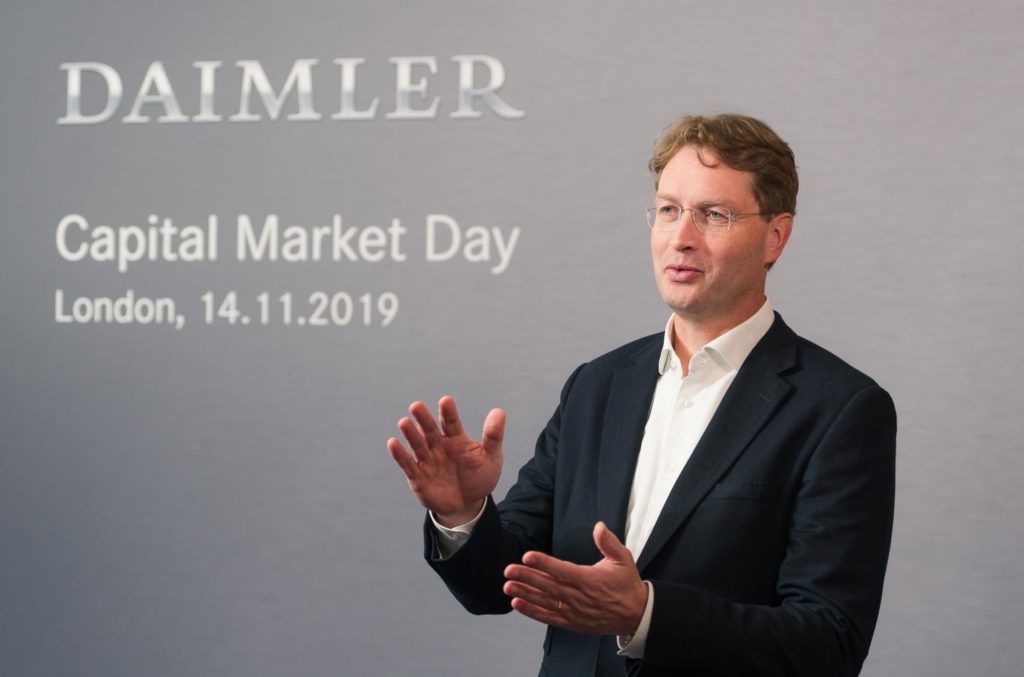 German car manufacturer Daimler is to cut costs and management positions in an effort to make savings as the threat of high CO2 emission fines looms.

The business is to rein in  personnel costs by €1.4 billion and reduce the number of managers by 10% as it warned that the shift to electric vehicles (EVs), seen as the only response to strict EU CO2 emission targets for 2021, will ′drastically reduce profits over the next two years.’

′The expenditure needed to achieve the [EU’s] CO2 targets require comprehensive measures to increase efficiency in all areas of our company,’ said chief executive Ola KÃ¤llenius, who took the reins at Daimler in May.

′Global CO2 regulations require ongoing high investment,’ the company added in its statement. ′The expanded range of plug-in hybrids and all-electric vehicles is leading to cost increases that will have a negative impact on Mercedes-Benz Cars’ return on sales. A consistent product plan has been put in place to achieve fleet targets in the European Union.

Daimler has already spent €500 million this year on EV development, as it launched its first model, the EQC. It has also agreed to pay fines of €870 million over allegations that 700,000 Mercedes-Benz diesel vehicles failed to comply with testing regulations.

KÃ¤llenius has now outlined his restructuring plans for Daimler, which include a cap on investment and research and development at Mercedes-Benz Cars, as well as job cuts across the group.’

The management cuts have not been met with support from supervisory board members Michael Brecht and Ergun Lumali, who are also members of the works council. Earlier this week, the two men sent a letter to staff, which alleged that executives had proposed a delay to previously negotiated pay increases. The letter also reiterated a pledge made in 2017 that Daimler would agree to prohibit operational redundancies, including manager positions, in Germany until 2030.

The push for electrification by Daimler comes after the company said in February that pollution levels in Europe for the Mercedes-Benz Cars division rose by 7% last year, due in part to the more stringent WLTP test procedure introduced in September 2018 for all models sold on the continent.

The new regime, together with a shift in consumer taste towards heavier SUV models and the decline in diesel sales, pushed average fleet emission levels at Daimler’s Mercedes-Benz and Smart passenger car business to 135 grams of CO2 per kilometre (g/km) in Europe in 2018, up from 125 grams in 2017.

Other cost-cutting measures underway include selling 50% of its Smart city car brand to Geely, who will help turn the marque into an electric-only manufacturer, while Daimler may also end its partnership with the Renault-Nissan-Mitsubishi Alliance, as it looks to focus its efforts on its work with BMW.

KÃ¤llenius also launched ′Ambition2039′ when he took over  from Dieter Zetsche. This calls for the carmaker to fully decarbonise its core vehicle fleet over the next 20 years. The plan will see Daimler reach a fully carbon-neutral fleet by 2039, with 50% of its new vehicle sales being battery electric (BEV) or hybrid by 2030.