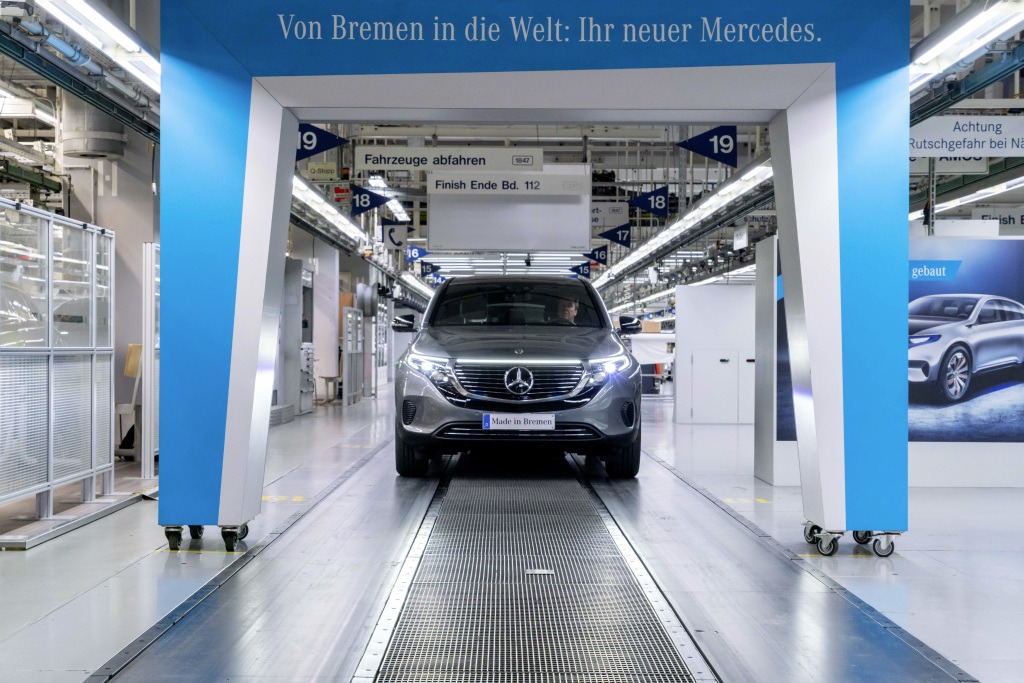 Daimler has announced the start of production of its first electric vehicle, the Mercedes-Benz EQC.

The vehicle will be produced at the company’s plant in Bremen and is now available for customers to order. The EQC will be integrated seamlessly into the production facility, alongside the ongoing series production of vehicles with a combustion engine or hybrid drive.

′With the Mercedes-Benz EQC, we are entering a new era of mobility. It is part of the growing family of all-electric vehicles at Mercedes-Benz and combines brand defining features such as quality, safety and comfort,’ states Britta Seeger, Member of the Board of Management of Daimler AG responsible for Mercedes-Benz Car Sales.

The EQC is being produced on the same line as the C-Class Saloon and Estate as well as the GLC and GLC Coupé. Production of vehicles with various drive systems can be adapted variably and efficiently in line with market demand, states the German manufacturer.

′Flexibility and efficiency are decisive pillars of the strategy in our global production network. Production of the EQC is perfect proof of this. The staff in Bremen have many years of experience in the production of vehicles with a wide range of drive types,’ says Markus SchÃ¤fer, Member of the Divisional Board Mercedes-Benz Cars, Production and Supply Chain.

The company will be investing over €1 billion in global battery production with two factories each in Kamenz and Stuttgart-UntertÜrkheim (Germany), and one each in Sindelfingen (Germany), Beijing (China), Tuscaloosa (USA), Jawor (Poland) and Bangkok (Thailand). In future, the worldwide battery production network of Mercedes-Benz Cars will consist of nine plants on three continents.

At the launch of the EQC last year, Daimler CEO Dieter Zetsche scaled back the company’s early forecasts for electric vehicle (EV) sales, after originally saying the technology would make up 25% of sales by 2025.

Zetsche suggested that forecasts of 15% to 25% were ′estimated very heavily from a top-down analysis.’ The company now believes that as it is only just entering the market, sales volumes will reach the lower end of estimates by 2025.

′We will have harder evidence to answer that question better once we see just how customers react to the vehicle,’ he added.