Daimler considering the future of Smart 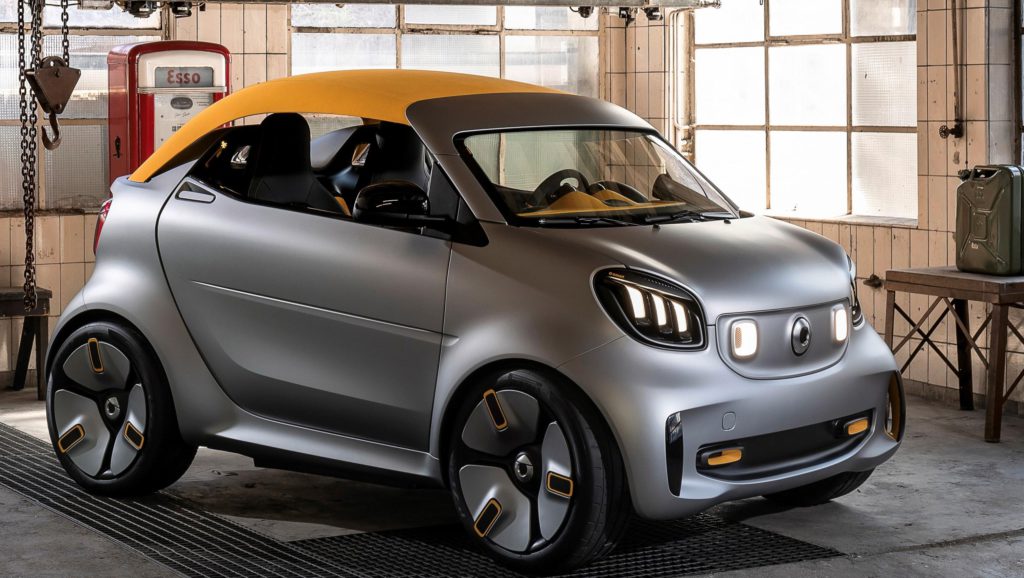 Daimler is reported to be considering the future of its Smart brand, with a decision to be taken over its future by the end of the year.

A report in German newspaper Handelsblatt suggests the German manufacturing group is losing patience with its small-car brand, which has posted a series of losses in recent years.

Incoming CEO Ola Kallenius, who succeeds Dieter Zetsche in May, has ′no history with Smart’ and ′no scruples about killing the brand if necessary,’ the paper quoted a company insider as saying. Analysts believe that since launching in 1998, the company has lost billions of Euros, although Daimler does not break out Smart’s financial performance.

Daimler suggested in 2017 that it would make the Smart brand an ′electric-only’ manufacturer, producing a range of electric vehicles (EV) that would be perfect for city and short-distance driving. Since the announcement, it has taken the brand to various automotive events with a concept of how such models may look.

However, with some believing that it will take until 2025 for EV margins to match those from internal combustion engines, together with a slow uptake of the technology and dependency on Asian battery suppliers driving higher costs, the unprofitability of the Smart brand could continue for quite some time.

Therefore, the EV-only programme may prove too costly for the company. Daimler has already looked to cost-saving with Smart, co-developing the current line-up of two models, the ForTwo and ForFour, with the Renault Twingo minicar. However, the French manufacturer has suggested it may pull out of this partnership.

However, there could be a saviour for the brand in the form of Daimler’s majority shareholder Geely. The German group was reported to be considering cooperation with the Chinese company in February, with Smart at the centre of those talks. This would see Smart electric cars sold in China, opening another market for the brand.

′We are working on the concept for the Smart successor model and are in discussions with various potential cooperation partners,’ confirmed a Smart spokesperson at the time. Should talks continue, it is likely the next generation of Smart models could be both designed and built in China.

In preparation for Smart’s EV push, Daimler cancelled contracts with a number of dealers in 2017 as it envisaged a whole new sales concept for the technology.