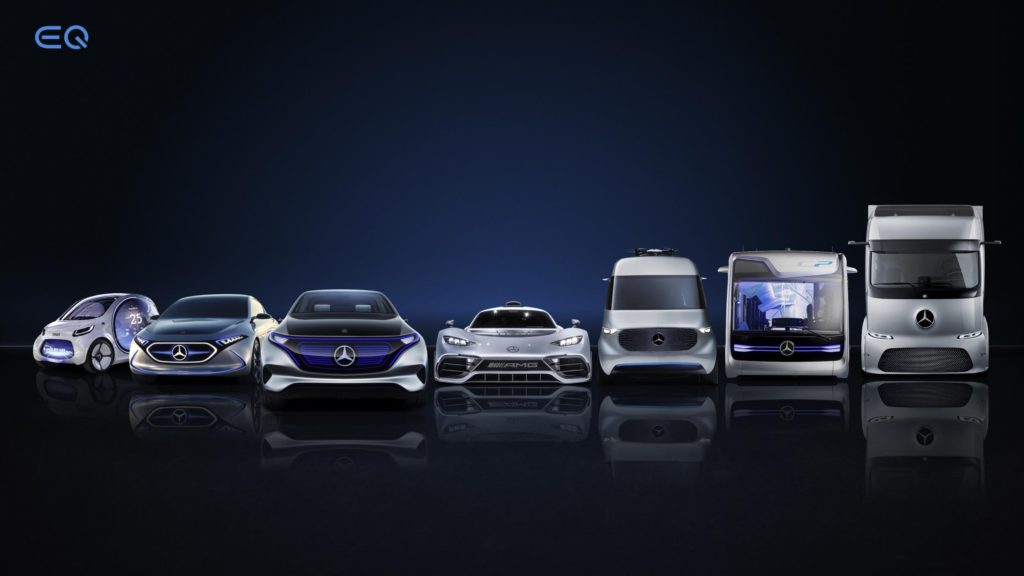 11 December 2018 Daimler is investing in the expansion of its Mercedes-Benz electric fleet and a global battery production network, having announced a large purchase of battery cells. The German company plans to put €10 billion into its Mercedes-Benz cars, with a further €1 billion going into battery production. Also, the company has purchased €20 billion worth of battery cells for its electric vehicle (EV) fleet. The plans are part of its CASE corporate strategy which aims to lead the manufacturer to a dominant market share in connectivity, autonomous, shared & services and electric. Dieter Zetsche, Chairman of the Board of Management of Daimler AG and Head of Mercedes-Benz Cars: ′Our electric offensive continues to gain momentum. After investing billions of euros in the development of the electric fleet and the expansion of our global battery network, we are now taking the next step: With the purchase of battery cells for more than 20 billion euros, we are systematically pushing forward with the transformation into the electric future of our company. We plan a total of 130 electrified variants at Mercedes-Benz Cars by 2022. In addition, we will have electric vans, buses and trucks.’ Daimler is investing more than €1 billion in a global battery production network within the worldwide production network of Mercedes-Benz Cars. The company purchases the cells on the world market. This ensures the best possible technology and focuses on the core competence of battery assembly. The global battery production network of Mercedes-Benz Cars will in the future consist of eight factories on three continents. The first factory in Kamenz is already in series production and the second factory there will start series production at the beginning of 2019. Two more factories will be built in Stuttgart-UntertÜrkheim, one at the company’s Sindelfingen site, and one each at the sites in Beijing (China), Bangkok (Thailand) and Tuscaloosa (USA). By 2022, the entire Mercedes portfolio is to be electrified, with various electrified alternatives available in every segment, from the smart to the SUVs. In total, there will be well over 130 variants, from the 48-volt electrical system to EQ Boost and plug-in hybrids and more than ten all-electric vehicles powered by batteries or fuel cells. By 2025, sales of battery-electric vehicles are to increase to 15-25% of total unit sales – depending on individual customer preferences and the development of the public infrastructure. Volkswagen offensive Meanwhile, Volkswagen (VW) has announced further details of its electric offensive, around a year before production of its electric ID model begins. Throughout the Group, up to 15 million vehicles based on the Modular Electric Toolkit (MEB) are to be built in the first wave, compared with 10 million vehicles according to previous plans. Up to 2023, the brand will be investing more than €11 billion in e-mobility, digitalisation, autonomous driving and new mobility services, including more than €9 billion in the ID. Family. This is two years ahead of the company’s original schedule of 2025 and will help the business meet strict new European emission rules. ′The Volkswagen brand is consistently forging ahead with its electric offensive. This also includes cooperating with strong partners. The new Volkswagen ID. will feature the technologies and ideas of the most innovative companies in our industry,’ said Ralf Brandstätter, chief operating officer and member of the Board of Management of the Volkswagen brand responsible for Procurement. Production of the ID. is to start at the end of 2019 at the Zwickau plant. ′We are now entering the decisive phase. In about 12 months, the new ID. will usher in a new era for Volkswagen, comparable with the first Beetle or the first Golf. We are preparing for this event extremely carefully together with our partners,’ said Thomas Ulbrich, Member of the Board of Management of the Volkswagen brand responsible for E-Mobility.