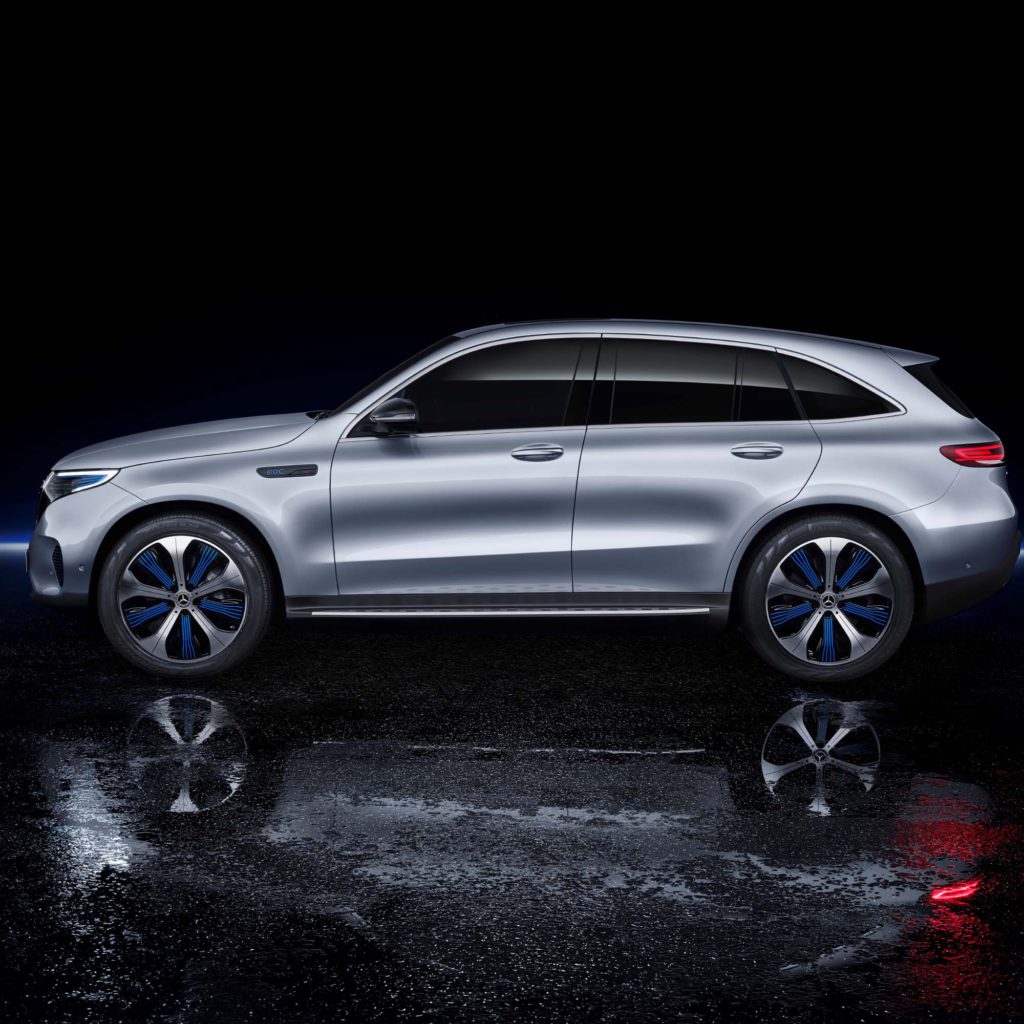 Daimler has previewed its first electric vehicle, the EQC, as it looks to establish the Mercedes-Benz sub-brand and help its overall emissions targets.

The EQC features combined power consumption of 22.2 kWh/100 km and as a fully-electric vehicle has an emissions output of zero. CEO Dieter Zetsche unveiled the model to over 600 guests at the Artipelag art museum.

′Electric powertrains are a major component in the mobility of the future,’ Zetsche said at the EQC’s unveiling. ′That’s why we’re investing over €10 billion in the expansion of our EQ model portfolio and more than 1 billion in global battery production in the coming years.’

′The EQC brings design, functionality and service together in a unique way. It offers day-to-day suitable e-mobility in a very special package: the EQC is an electric car, and at the same time 100% a Mercedes.’

′The new EQC is a genuine Mercedes-Benz. This particularly applies to classic attributes such as quality, safety and comfort. These are accompanied by dynamic performance, thanks to two electric motors at the front and rear axles with a combined output of 300 kW, and an intelligent operating strategy for a superior electric range. The EQC is part of a growing family of purely electrically powered vehicles from Mercedes-Benz,’ added Ola KÃ¤llenius, member of the Board of Management of Daimler AG responsible for Group Research and Mercedes-Benz Cars Development

Daimler is marketing the move as a benefit to electric vehicles and used the slogan ′electric now has a Mercedes’ at the launch, as it looks to the EQC to lead its charge in the market. The company is expected to announce further models in different market segments in due course.

In its press kit, Daimler says that by virtue of its muscular proportions, the EQC is classed as a crossover SUV. The extended roofline and window layout with a low waistline and the coupé-like roof recess at the rear visually position it between an SUV and an SUV coupé.

A striking feature at the front is the large black-panel surface enclosing the headlamps and grille. For the first time, the black panel is bordered at the top by an optical fibre as a visual link between the torch-like daytime running lamps as a typical Mercedes-Benz feature. At night this creates an almost uninterrupted, horizontal light band.

The EQC features an all-new drive system development with compact electric drivetrains at each axle. These give the EQC the driving characteristics of an all-wheel drive.

To reduce power consumption and increase dynamism, the electric drivetrains are configured differently: the front electric motor is optimised for best possible efficiency in the low to medium load range, while the rear one determines dynamism. Together, they generate an output of 300kW and a maximum torque of 765Nm.