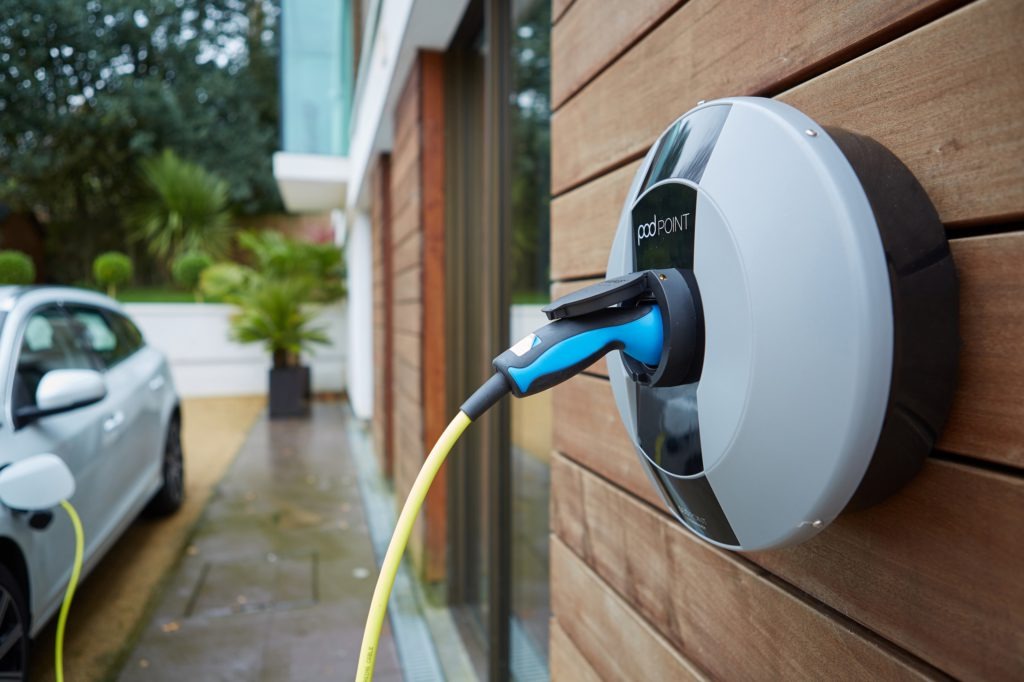 Energy company EDF has acquired a majority stake in Pod Point, as part of a newly-formed joint venture with insurance specialist Legal & General in the UK.

The purchase represents EDF’s biggest investment in the electric-vehicle (EV) market and forms part of its plan to become the leading energy company for electric mobility in France, the UK and Belgium. It also gives the company direct access to Volkswagen, who is working with Pod Point to roll out EV infrastructure at Tesco stores in the UK.

Founded in 2009, Pod Point has rolled out 62,000 charging points in the UK and a further 6,600 in Norway. It offers charging solutions at home, at work and at destination and has developed an extensive public network connecting EV drivers with almost 3,000 charging bays across the UK, including at Tesco and Lidl shops, Center Parcs and several sites across Legal & General’s extensive property portfolio.

‘This is clearly a massive vote of confidence in Pod Point, and, by association, the wider charging infrastructure sector in the UK,’ says James McKemey, head of insights, Pod Point, speaking to Autovista Group.

‘We have entered a phase of extraordinary growth in both the uptake of electric vehicles and demand for the associated charging infrastructure. EDF’s acquisition enables Pod Point to scale operations to ensure we can keep pace with burgeoning demand for installations, whilst also enabling investment ahead of demand in those areas that will require it. And it must be stressed that this development will be across all forms of charging – home, work, destination and en-route charging.

‘Pod Point will also be seeking to expand our product development activities, to ensure our drivers have the smartest, easiest-to-use charging points available everywhere they park. Taken together with other investment in the sector and continued government support, this is great news for the EV driver – who can be confident that the infrastructure they need to make the switch to electric will be available to them.’

The combination of Pod Point solutions and EDF’s offers will in future mean customers can schedule their charging and benefit from competitive electricity at times when energy costs are lower and there is less demand on the grid, the company said.

Following the announcement that the UK Government is to bring forward its ban on the sale of petrol, diesel and hybrid vehicles, EDF data suggests that a low carbon grid, featuring new renewables and nuclear, and switching the 32 million petrol and diesel cars on UK roads to electric, would avoid 65 million tonnes of CO2. The firm says this move would shrink Britain’s overall carbon footprint by more than 10%. However, it may take some time for the country’s entire car parc to move to an electric platform.

′EVs will be crucial in reducing the UK’s carbon emissions and fighting climate change,’ adds Simone Rossi, UK CEO of EDF. ′With the addition of charge points, we can help our customers to reduce their carbon footprints and benefit from lower fuel costs by going electric. The additional electricity demand from EVs will require urgent investment in low carbon generation from renewables and nuclear.’

As EVs gain in popularity, if not generating huge sales figures, it is obvious that the market is one in which to invest. EDF’s purchase of Pod Point follows BP’s acquisition of Chargemaster in 2018 and shows the needs for traditional oil and energy firms to diversify into the new market to keep profits up as times change.

Another example of this is Ionity, the European manufacturer-backed charging infrastructure association, which also counts numerous oil and energy firms amongst its ranks. Meanwhile, firms such as Total are looking to go it alone with developing charging networks.

Legal & General Capital’s purpose is to generate long-term shareholder value by investing new capital into key alternative sectors of the economy that need innovation and funding.