Electric motorsport: Development for the future 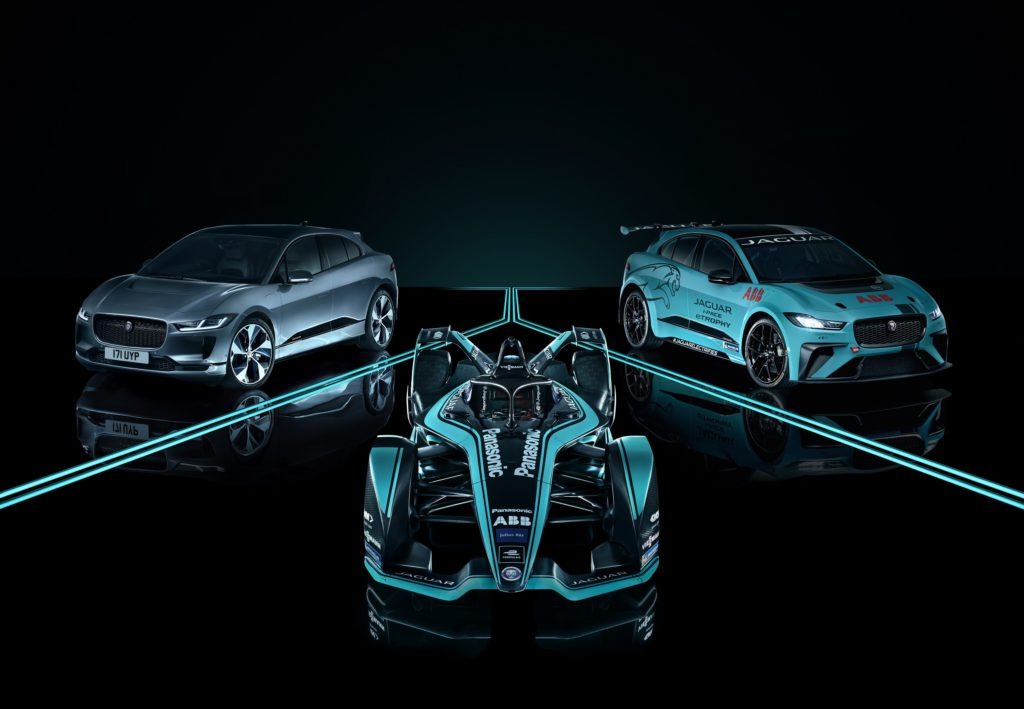 Today, motorsport is not just about winning races but developing technologies that could be used in passenger cars. There are now two very distinct forms of racing, using either hybrid or electric power.

Racing using electric powertrains has developed over the last few years, with the launch of Formula E being followed by touring classes and rallying groups. Manufacturers are keen to back programmes in each as they further their knowledge of the technology for road-going uses.

Perhaps one great example of the need to enter electric-racing series for development is with Daimler. The company is riding high in Formula 1, with its Mercedes-Benz team winning six double championships (driver and constructor) in a row, the first team to achieve the feat.

Yet the German carmaker has entered its own Formula E team for this season. Britta Seeger, the member of the board of management with responsibility for Mercedes-Benz Cars marketing & sales, thinks the series is very important. ″It is an ideal platform on which to demonstrate the capabilities of smart battery-operated vehicles and to promote the EQ brand. One of our main goals is to make EQ a brand that is not only respected but loved. Formula E will help us to achieve that,″ she says.

According to Seeger, another benefit of this series is that the races take place in major global cities such as Mexico City, Rome, and New York. ″For us, Formula E is an exciting start-up that addresses a completely new target group,″ she says. ″In addition to existing motorsports fans, it enables us to reach very urban, tech-savvy young people.″

Daimler states that participation in Formula E will allow the company to develop new systems for road-going EVs, such as battery cooling and energy recovery, with a new ′brake-by-wire’ already created. This maintains a balance between the brakes on the front and rear axles. A sensor determines the position of the pedal, and an electronic system translates this information into brake pressure. The advantage of this system is that the electronics can automatically use the motor to transform some of this braking force into recovered energy.

Alongside the Formula E series is the I-Pace eTrophy, a one-make series backed by Jaguar, with drivers racing in their I-Pace models.

The series has allowed Jaguar to apply technical insights garnered from the racing to its road car, which the manufacturer says has helped them to optimise the management of battery, thermal and all-wheel drive (AWD) systems to enhance the efficiency of its standard electric powertrain.

′The Jaguar I-Pace eTrophy has generated a huge amount of data for us to analyse and those marginal gains, derived from competition on the track, are now being applied to customers’ cars to further enhance their driving experience,’ says I-Pace vehicle-engineering manager Stephen Boulter.

′The new software updates optimise the powertrain control systems to improve efficiency and allow I-Pace drivers to travel even further on a single charge without any hardware changes.’

Jaguar says that the series has allowed them to change the torque distribution between front and rear motors to deliver greater efficiency when using AWD in Eco mode, while updates allow the battery to run to a lower state of charge than previously without affecting driveability, durability or performance.

The carmaker is inviting its customers to bring their I-Pace models to dealerships, where performance enhancements derived from the eTrophy series can be carried out.

Volkswagen (VW) Group, a company that has long toyed with the idea of entering Formula 1, has instead announced that any motorsport programme it concentrates on in the future will be electric.

With the launch of its ID.3 model signifying the start of its mass-electrification plan, the carmaker is aware of the potential for development, especially in relation to its MEB platform. This will be shared with Ford and other partners, and is to underpin the majority of its road-going EVs.

Alongside its dual Formula E programmes with Audi and Porsche, VW has also developed the ID.R electric race car, which has set important milestones for electric mobility with records at Pikes Peak, NÜrburgring, Goodwood and Tianmen.

″Electric mobility offers enormous development potential, and in this regard, motorsport can be a trailblazer: on the one hand, it serves as a dynamic laboratory for the development of future production cars and, on the other, as a convincing marketing platform to inspire people even more towards electric mobility,″ explains Volkswagen motorsport director Sven Smeets.

″That is why we are going to focus more than ever on factory-backed electric drive commitments and continue to expand our activities with the development of the MEB. Innovative technology relevant to the car of the future is our focus.″

Correspondingly, Volkswagen Motorsport’s customer sport programme will also be electrified. The first stage will involve different disciplines, platforms and vehicle types being examined and evaluated. Parallel to this, the production of the Golf GTI TCR for the racetrack will expire at the end of 2019, and a successor based on the new generation will not be offered.

′Volkswagen is resolutely committing to e-mobility and will say goodbye to factory-backed commitments using internal combustion engines,″ says Frank Welsch, member of the VW Board with responsibility for technical development.

So what of the ′pinnacle’ of motorsport, Formula 1? It is difficult for the series to adopt electric technology, with that selling point already belonging to Formula E. Instead, Liberty Media, the commercial organiser of Formula 1, recently announced plans to make the championship carbon neutral.

′One of the key elements will be the fuel Formula 1 uses in the future,’ says Formula 1’s chief technical officer Pat Symonds. ′Currently, under Article 19.4.4 of the FIA’s 2019 technical regulation for F1, a minimum of 5.75% (m/m) of the fuel must comprise bio″components. We want to go to 100%, that is the target. For 2021, we are looking to increase to 10%, and the idea is to increase that over time. We are going to specify that it is an advanced sustainable ethanol, a very particular type of biofuel.’

It is clear that motorsport will continue to be a development ground for many years to come, providing valuable data to manufacturers, and hopefully some benefits, and racing excitement, to fans around the world.