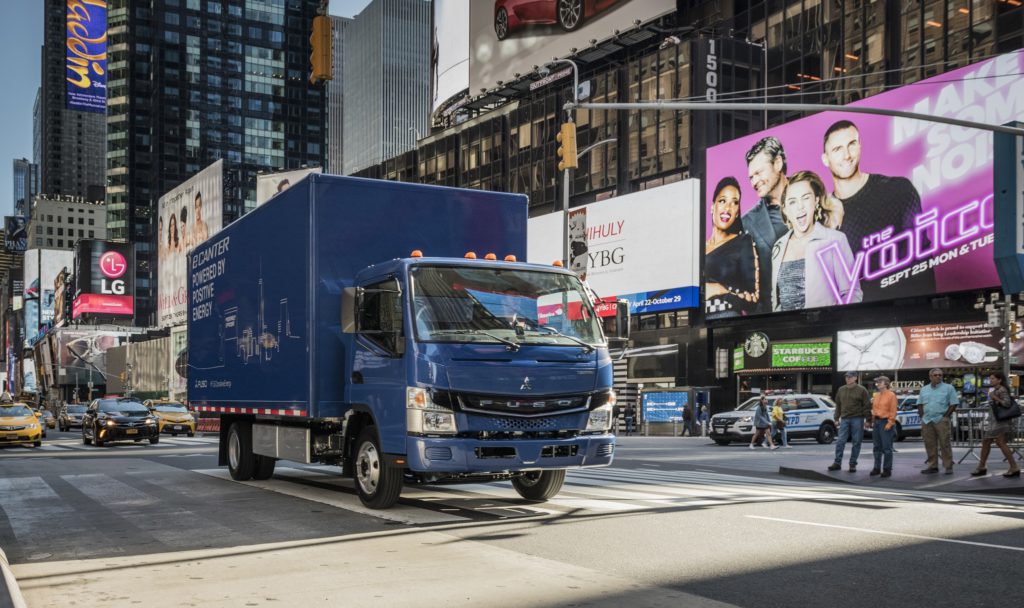 Daimler Trucks, through its Mitsubishi Fuso brand, has launched the world’s first series produced all-electric light-duty truck, which will be delivered to customers in Europe, the US and Japan from later this year.

The company is planning to sell 500 units of the truck – the Fuso eCanter – over the next two years, after which it will look to update the model with new technologies developed in that time and begin larger-scale production. The first trucks will be based in New York, with courier company UPS and four non-governmental organisations (NGOs) taking possession.

Marc Llistosella, CEO of Mitsubishi Fuso and head of Daimler Trucks Asia, comments: ′In times when everybody is talking about electric trucks, we are the first to actually commercialise a series produced all-electric truck. Having a long history in alternative drivetrains, we are proud to step into this new era. Our Fuso eCanter comes with years of customer testing, and now addresses the increasing global demand for products to meet and exceed high CO2 emission standards. It offers an attractive and cost-effective alternative to combustion engines and makes electric trucks key to the future of inner city distribution.’

The Fuso eCanter has a range of 65 miles and a load capacity up to three and a half tons, depending on body and usage. The vehicle´s electric powertrain contains six high voltage lithium ion battery packs. According to the company, in comparison with a conventional diesel truck, it offers savings of up to €1,000 per 6,000 miles on operating costs.

Meanwhile, Tesla is expected to present its electric heavy goods vehicle (HGV) at the end of October, later than was previously expected. In addition, the company is planning to launch a smaller pickup vehicle, similar to the Fuso eCanter, within the next 18 months.

In a Tweet, Elon Musk, Tesla’s founder, called the new truck a ′beast’ and confirmed that tests would be taking place prior to launch, with a date of 26 October set.

With the bigger vehicle comes the need for a longer range, and the Tesla truck is expected to be able to travel between 200-300 miles on a single charge. Reports also suggest that the vehicle will have some level of autonomy, similar to the company’s Autopilot technology. Tesla hopes the launch will help revolutionise trucking in the US, before moving out to the global market.

Speaking at the company’s annual general meeting in June 2017, Musk commented: ′A lot of people don’t think you can do a heavy-duty, long-range truck that’s electric, but we are confident that this can be done.’