Enel Energia, Nissan Italia and IIT collaborate on the development of electric mobility 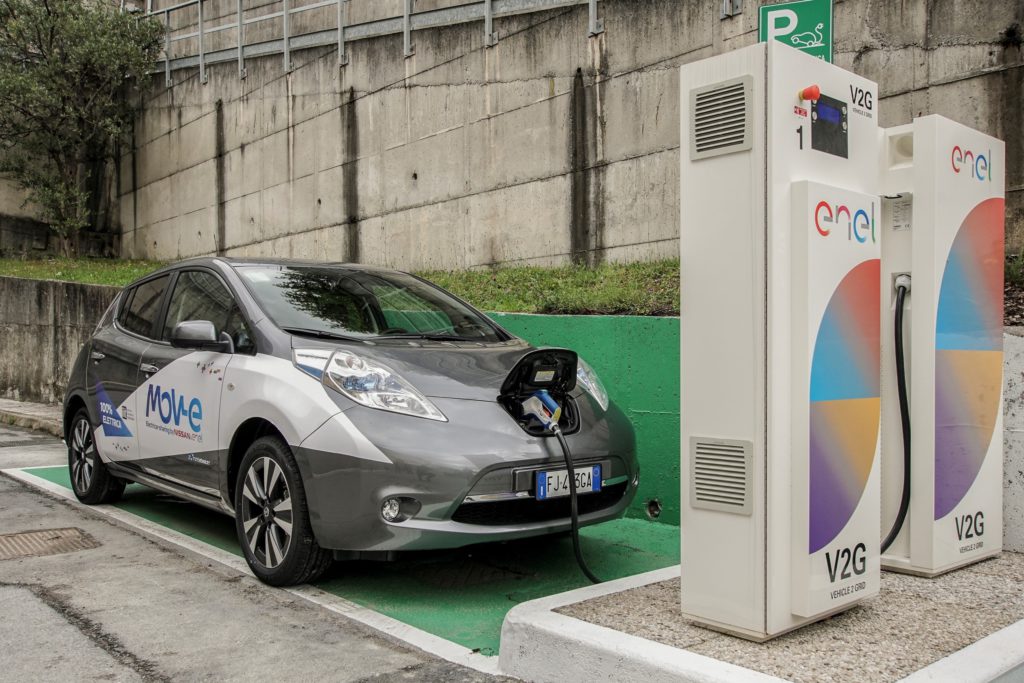 05 May 2017 Enel Energia, Nissan Italia and the Italian Institute of Technology (IIT) have signed an agreement which will introduce the first ′vehicle to grid’ (V2G) electric vehicle (EV) recharging facilities in Italy. The pilot electric car project has started with V2G charging points at IIT’s headquarters in Genoa. V2G technology allows EVs to be considered as a ′battery with wheels’ as unused energy can be returned to the electricity grid through ′bi-directional charging’. The charging points installed at the IIT will recharge EVs, but will also form part of the pilot development project, pending the definition of the regulatory framework. Nissan has made available two Nissan Leaf EVs to the IIT as well as an app management platform called Glide, while Enel Energia has installed the two V2G charging stations at the institute’s headquarters in Genoa. Ernesto Ciorra, innovation and sustainability director of Enel said: ′For us today, a car is a battery with wheels. The V2G system is a technology that can improve the performance of the electrical system and create value for car owners. This is consistent with Enel’s vision of innovation, and also contributes to creating better climatic conditions in the environment we live in. In the light of our ‘Open Innovation’, Enel has also signed an agreement with IIT for the development of innovative technologies and solutions in the field of energy efficiency, renewable sources and distributed generation, an important part of the search for new sustainable energy alternatives.’ In conjunction with the V2G initiative, Nissan is also launching the MOV-E electric car-sharing business in Italy. Bruno Mattucci, managing director of Nissan Italia said: ′This is a zero-emission mobility solution with a dedicated app platform, capable of exchanging energy between the car and the power grid by integrating with Vehicle-to-Grid technology developed by Nissan and Enel.’ Roberto Cingolani , IIT scientific director, said: ′Mobility and domestic consumption are two priority areas for delivering clean and efficient energy solutions. The development of our society can no longer be ignored by the rational use of energy resources, an indispensable element for human health and environmental protection.’ Along with Nissan, Enel launched Denmark’s first V2G wholly-owned hub at the headquarters of Frederiksberg Forsyning, which also bought 10 Nissan e-NV200 zero-emissions vehicles and where 10 V2G chargers were installed. Another 17 additional chargers have recently been installed in Denmark. Similar activity has also commenced in the UK. Nine V2G chargers have already been installed at the Nissan Technical Centre in Cranfield and one at the University of Newcastle. Finally, in addition to collaborating on the development of V2G technology, Nissan and Enel Energia signed a commercial partnership in June 2016 and launched ′e-go All Inclusive’ in November. This was the first integrated electric mobility offering in Italy. For a monthly fee, the scheme includes a domestic charging point, a Nissan LEAF with a 30 kWh battery and the e-go app which is used to locate electrical charge points in Italy. Photograph courtesy of Nissan Italia

Never miss another story – sign up to receive your complimentary Autovista Intelligence Brief. This timely and incisive daily briefing covering automotive news and insights on the issues affecting your business is delivered direct to your inbox. Sign up
Tech Urban Mobility