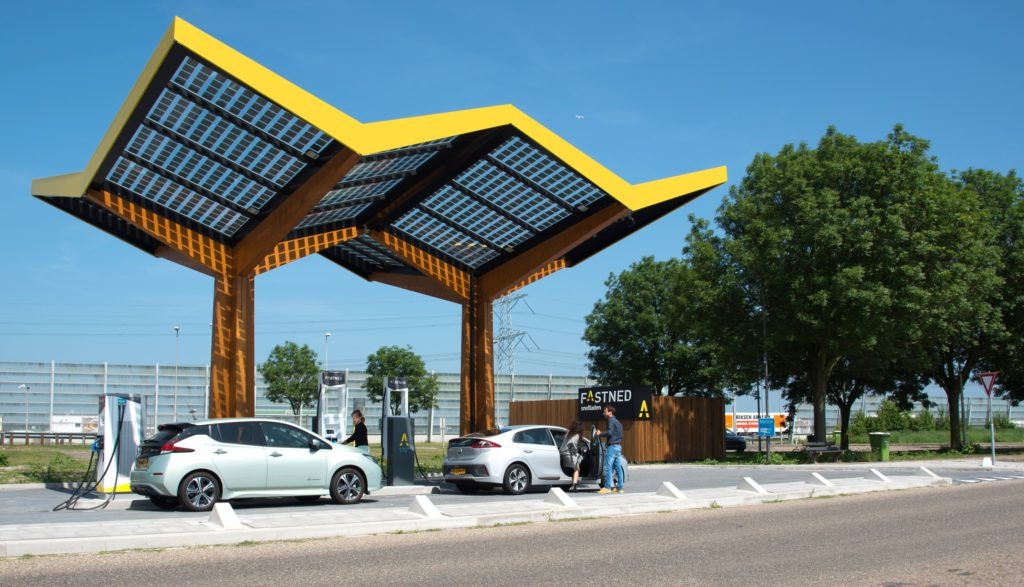 Two European electric-vehicle charging suppliers are celebrating after announcing new financing and location plans as they look to build their networks.

Fastned has secured permits to 13 motorway locations in Belgium, allowing it to expand its network of fast chargers, as part of a partnership with the Agentschap Wegen & Verkeer (AWV) to provide highway parking in Flanders, Belgium with fast-charging stations.

The company is looking to establish a European network of stations and will build its new units on existing parking areas in the provinces of Limburg, Vlaams-Brabant and Antwerp. All locations fall under the authority of AWV, the Flemish road agency, responsible for the management and maintenance of the road network.

′We are very happy that we will be building fast-charging stations directly along highways in Belgium,’ says Michiel Langezaal, Fastned CEO. ′This fits our mission perfectly, namely, to give freedom to the electric driver and accelerate the transition to electric mobility. Our goal is a European network of fast-charging stations where all-electric cars can charge and with these locations we are one step closer.’

Fastned will also be able to plan further expansion across the continent following the news it has raised €12 million with the issue of bonds. Almost 1,000 investors subscribed during the process.

′With this issue, Fastned will primarily finance further expansion of its fast-charging network. This is necessary given the strong growth in the number of electric cars and the related demand for fast-charging infrastructure,’ the company said in a statement.

Meanwhile, the European Investment Bank (EIB) has said it would support Be Charge in expanding charging infrastructure for EVs throughout Italy. The parties signed a €25 million loan facility for a period of 10 years in Rome.

Be Charge is developing a large public-charging infrastructure network for electric vehicles in the country. So far, over 1,000 recharging points have been installed, with over 5,000 more ready for installation. The company aims to install 30,000 charge points, featuring both 22kW AC charging, and DC charging up to 300kW.

′The EIB loan highlights the success of an integrated business model that captures opportunities linked to the worldwide trend of electrification of mobility, which will play a fundamental role in the progressive decarbonisation of our economy’, said Paolo Amato, Chairman of Be Power.

′I am particularly pleased with this first operation in Italy under the new ′future mobility’ facility, in partnership with the European Commission,’ adds Dario Scannapieco, EIB vice president. ′The development of e-vehicle charging infrastructure will accelerate access to clean forms of transport throughout the country.’

The project is also receiving support from both the European Commission, as well as the NER 300 programme.