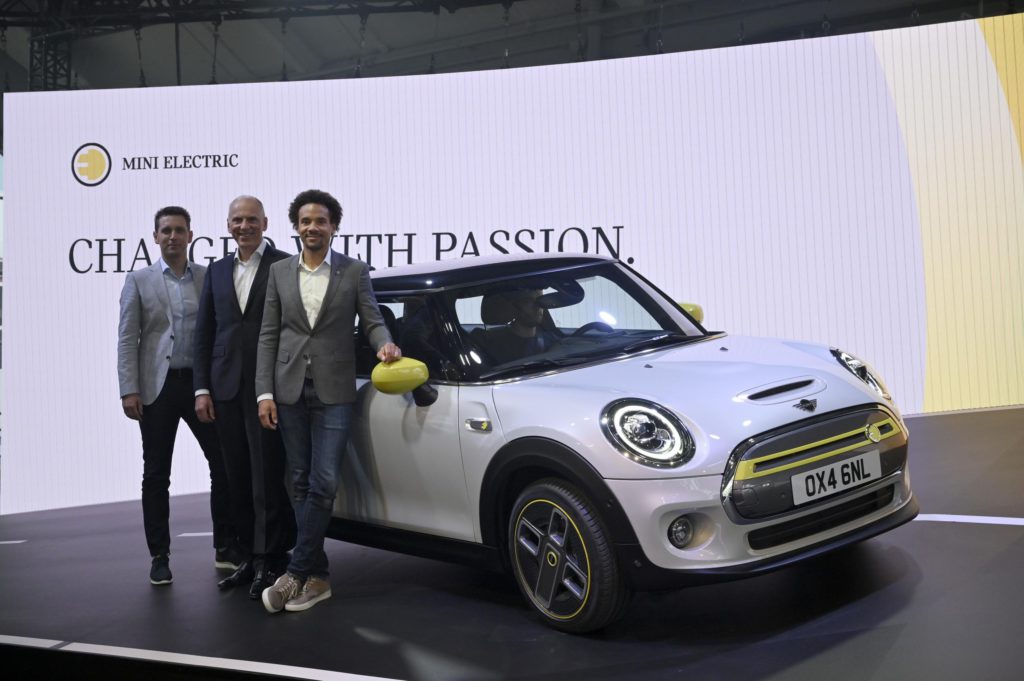 Mini has officially unveiled its new electric model at the Oxford plant in the UK where it will be built. Manufacturing will begin in late 2019, with the carmaker saying over 15,000 potential customers have already expressed an interest.

The Mini Electric will be fully integrated into the production process at Oxford, running down the same lines as conventional models.

Member of the Board of Management of BMW AG responsible for Production – and previous plant director of Oxford – Oliver Zipse said, ′We are entering an era in which electric cars will become a normal choice for our customers. The MINI Electric will kick off our new model offensive for fully electric vehicles. By 2023, two years ahead of schedule, we will have 25 electrified models on the market. More than half of them will be fully electric’.

The car’s battery pack has 12 modules of lithium-ion cells providing a battery capacity of 32.6 kWh. The motor is the latest, powerful version of the synchronous electric motor developed by the BMW Group and provides a maximum output of 184hp, with maximum torque of 270Nm. As a result, the car accelerates to 62mph in just 7.3 seconds with a top speed limited to 93mph.

Toyota has announced plans to test concept vehicles based on the Prius plug-in hybrid (PHEV) with integrated solar panels.

The project will be run with research and development organisation NEDO and battery manufacturer Sharp and will take to the roads of Japan at the end of this month. The partners hope to simulate a number of different conditions during the tests.

Solar cell modules will be installed on the roof, hood and tailgate of the Prius PHEV. The integrated solar panels are designed to improve the range and fuel efficiency of the compact model. The carmaker did not specify which exact values Toyota was hoping for.

According to Toyota, the data collected includes the amount of electricity generated by the solar battery module and the amount of energy used to charge the traction battery. The information should help in the development of a solar charging system for vehicles.

The goal of the project is to contribute to the creation of a new solar battery panel market, including the transport sector, and find solutions for energy and environmental issues. Toyota will be sharing selected data with both NEDO and Sharp throughout the trials.

SVOLT Energy Technology, a Chinese battery maker, spun out from Great Wall Motor, is planning to base its first overseas manufacturing plant in Europe.

The company, which became independent in 2018, plans to set up its facilities in an as-yet-unnamed country and will include a research centre alongside factories for battery materials, cells and modules with an initial capacity of 20 GWh.

There will be an investment of around €2 billion in the new plant, with SVOLT aiming to seek €130 million of this in its next fundraising round later this year. It will raise funds to support construction at a later time, with production starting in 2022.

The plant’s first customer will likely be Great Wall and SVOLT is in talks to supply German and French carmakers, although no specific brands have yet been announced. The company aims for production capacity to be around 24GWh by 2025.

The European plant would add to SVOLT’s first factory under construction in Changzhou, Jiangsu province. The Chinese plant will have an initial capacity of 12GWh and will eventually exceed 70GWh.