EV TCO forecast to meet petrol parity by next year 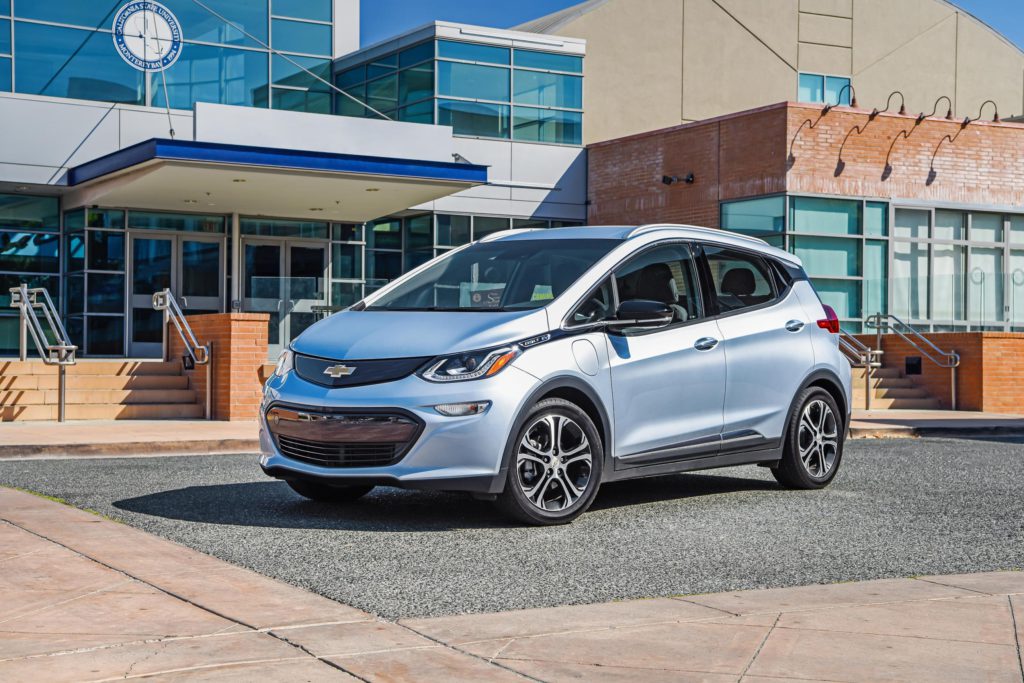 22 May 2017 The total cost of ownership (TCO) of an electric vehicle (EV) is expected to reach price parity with petrol cars much faster than expected, according to banking giant UBS. This could mean that the expected surge in electric vehicle adoption will now occur much sooner than anticipated. It has also caused UBS to massively up its EV sales estimates globally by 50%, with a third of all cars sold in Europe expected to be electric or hybrid by 2025. By this time, it predicts 14% of all cars sold globally will be driven by electric. UBS lead auto analyst Patrick Hummel said to the Financial Times: â€²People focus on the sticker price, but they underestimate the difference in the cost of running the vehicle.’ EV charger Pod Point founder Erik Fairbairn said: â€²[the industry is on the] cusp of a huge wave of adoption.’ UBS determined that while the outright purchase price of EVs will remain higher, the total cost of ownership (including running costs) will draw level with combustion engine vehicles by next year in Europe. This will be followed by the world’s biggest auto market China in 2023 and the US in 2025. It came to this landmark decision after conducting a full strip-down of General Motors’ Chevrolet Bolt. The shocking discovery came by analysing its parts and true production costs as well as factoring in that the Bolt has radically lower maintenance costs of $255 (â‚¬227), compared to $610 (â‚¬543) for the Volkswagen Golf. GM’s secret may be fully leveraging Korean electronics giant LG to build most of the vehicle’s powertrain and electronics, allowing it to take advantage of expertise and cross-sector economies of scale. A key reason for this is that while the Golf’s engine has 113 moving parts, the Bolt’s electric motor has only three. This also means that the manufacturing cost for the Bolt was remarkably less than expected, at $28,700 (â‚¬25,550). The rapidly accelerated schedule for electric vehicles increasingly puts OEMs aiming to launch their first major EVs in 2020, such as Volkswagen Group, under more and more pressure. They risk missing the start of the key mass-market consumer wave, which looks like it could now even hit in 2019, if the UBS analysis proves to be true. It will also continue to be spurred on by rapidly tightening EU, national and city-level regulations. Daimler â€“ who is usually first with technology â€“ looks caught off guard and critically vulnerable, aiming for 2022 for its EV launches. Other manufacturers that prioritised EVs early, such as Tesla, Renault with its surging Zoe sales and Nissan with its second-generation Leaf launching in September, are suddenly looking in an exceptionally strong position. However, UBS’s radical predictions are not shared by Renault EV head Gilles Normand, who says that while electric technology is advancing much faster than expected, battery cars will not reach price parity until after 2020. Other concerns that are expected to hinder uptake remain, including the limited range of EVs even if they did reach price parity (with people still choosing petrol’s range flexibility), slow charge times and a relative lack of charging infrastructure. Paris-based consultant for Frost and Sullivan Nicholas Meilhan says that this will cause consumers to rally behind plug-in hybrids rather than fully electric vehicles as the revolution gains pace in earnest, since the world’s charging infrastructure will not be able to keep apace with EV sales. Fundamental infrastructure decisions in the energy sector often have decade-long lead times to really filter through. This poses a serious risk to the perception of EVs, despite the efforts of OEMs to advance the tech, and could harm their uptake. For example, EV charge-throttling systems such as that being developed in the UK are widely expected to be deployed for the duration of the coming decade in order to give power network operators the time they need to bolster their systems for the gargantuan surge in electricity demand electric vehicles will require. In the UK, a single EV charge is estimated to use the same electricity that an entire household uses in three full days. Meilhan also says there will not be enough rapid chargers to satisfy convenient demand, and so frustrated drivers will turn to the flexibility of plug-in hybrids, and that many will prefer knowing they can do long trips conveniently with their car, even if they only do them a few times a year. He points out that petrol and diesel drivers can fill up in five minutes with fuel equivalent in energy to what takes two hours to fuel a battery electric car, and that EV owners therefore get six times less energy in 20 minutes. He does not believe this is a compromise that will be accepted by the mainstream. UBS believes General Motors, while currently making a $7,400 (â‚¬6,585) loss on the Bolt as it sells it in low volumes, will achieve a 5% profit margin on the model by 2025, due to the added scale from the upcoming market EV surge and battery technology improvements. It also highlights that if these cost estimates carry through to the Tesla Model 3, Tesla could make a profit on each vehicle sold from a selling price of $41,000 (â‚¬36,466) â€“ a price $6,000 (â‚¬5,336) higher than the base price that the premium manufacturer could realise through upselling high-margin options to its consumers such as autonomous driving functionality. The full UBS strip-down of the Chevrolet Bolt can be read here. Photograph courtesy of Chevrolet