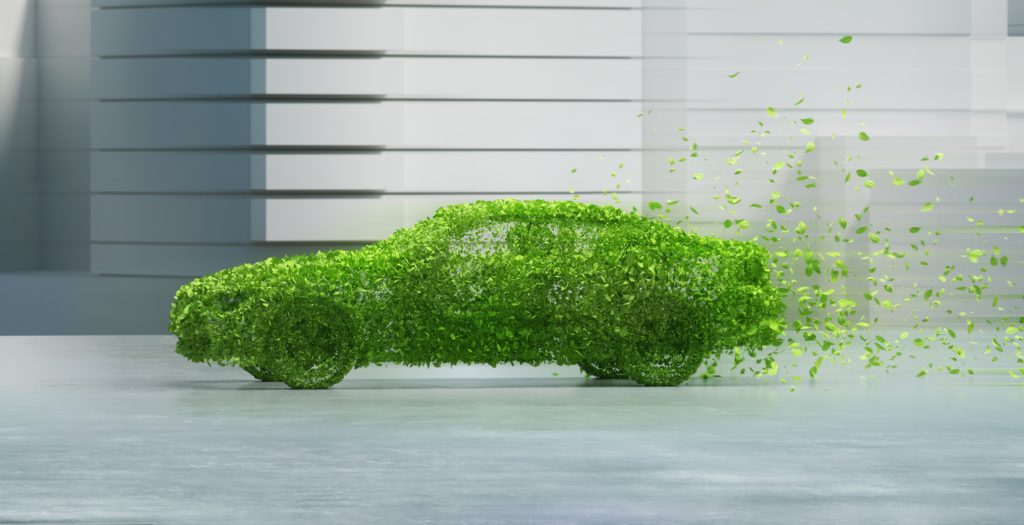 Last year the European automotive sector saw an overall decline of 3 million registrations due to COVID-19, but not all fuel types were impacted equally. While the pandemic will weigh heavily on people’s memories of 2020, it may also mark a historic fork in the road as the industry turns towards electromobility.

In Q4, nearly one in six (16.5%) passenger cars registered in the EU was an electrically-chargeable vehicle (EV). Overall in 2020 hybrid-electric vehicles (HEVs) made up 11.9% of total passenger car sales, up from 5.7% the previous year. Following closely behind, EVs including battery-electric vehicles (BEVs) and plug-in hybrids (PHEVs), took 10.5% of the new-car market, compared to 3% in 2019. 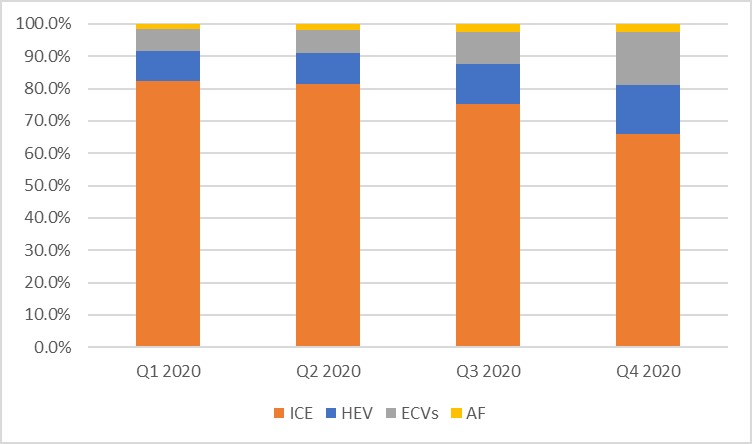 EU registrations of EVs surpassed HEV sales for the first time in Q4 of 2020. They rose from 130,992 in 2019 to nearly half a million, a leap of 262.8%. ACEA points to government incentives as being largely responsible for the meteoric rise in BEV and PHEV numbers, increasing 216.9% and 331% respectively. Germany is a primary example of generous incentives equalling strong gains, with BEV registrations growing by over 500% in Q4 of 2020.

Alternative fuels also experienced a rise in registrations in the three months of 2020. Ethanol (E85), liquid petroleum gas (LPG) and natural gas (NGV) grew by 19.6% to 69,877 units in Q4. This was largely thanks to an increase in LPG sales (up 69.5%). Registrations of NGVs contracted during the same period (down 35.3%).

While EVs might have seen the beginning of a long upwards trend, new-car registrations in 2020 were still dominated by internal combustion engines (ICEs). Conventional fuel types took home the vast majority of the new-car market last year at 75.5%.

While this is an impressive share, both diesel and petrol cars saw significant losses, with diesel engines taking the brunt of the impact. The engine’s full-year market share in 2020 fell to 28% after sliding to 25.4% in Q4 from 30.5% in the same period in 2019. Between October and December, diesel registrations fell by 23% to 730,837 units.