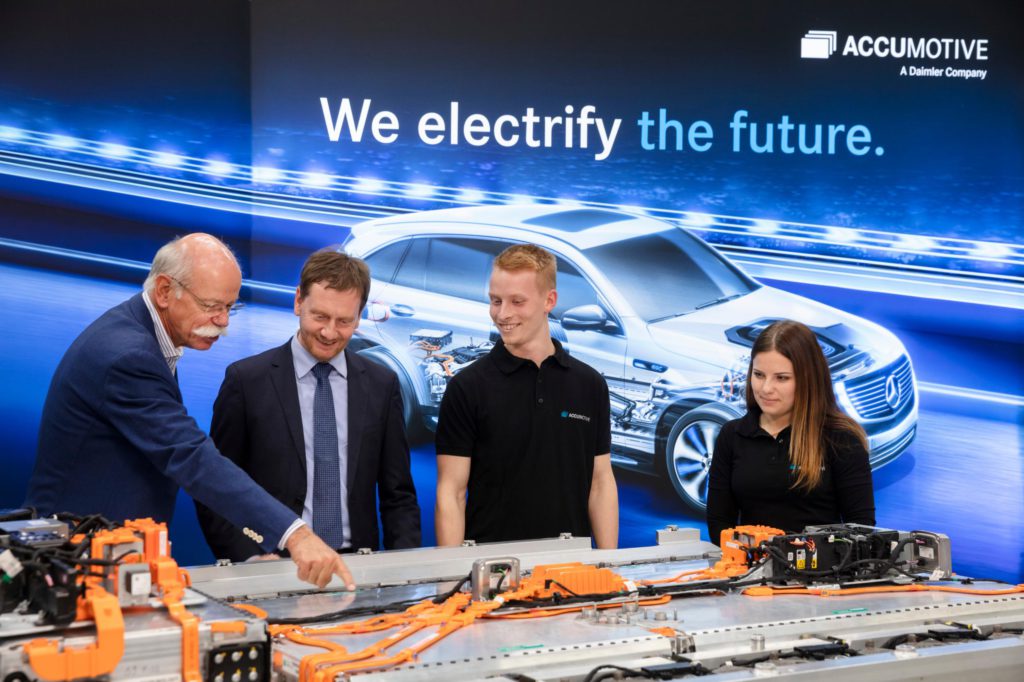 German manufacturers are reported to be expanding their electric vehicle (EV) production facilities as they look to further their participation in the emerging market.

Reports in Germany suggest that Volkswagen (VW) will consider plans to convert its factories in Emden and Hanover to build EVs as part of a strategy review due later this month. Meanwhile, Daimler is to employ more people at its battery facility in Dresden due to increased production of its EQC model.

VW has yet to comment on its potential strategy, reported in German daily newspaper Handelsblatt, but as the marque plans to build around 10 million cars on its modular MEB platform, the need for plants to be converted for electrified vehicles is apparent. The German manufacturers are also reportedly in talks with Ford to share its new EV platform, increasing production levels further.

Emden builds the company’s Passat saloon. However, demand for this model has fallen in recent years as buyers flock to SUVs. The newspaper reports that while the plant was expected to produce 250,000 units by the end of the year, it will actually only make around 230,000 due to the drop in demand. Therefore, converting the facility to help build its line of EVs makes sense.

The company is planning to start series production of its I.D. hatchback at its factory in Zwickau, Germany in 2019.

Meanwhile, Daimler’s Accumotive division, which assembles batteries for the German carmaker, is expanding its workforce to around 1,000 employees by the end of the year as it looks to ramp up the output of battery packs.

The company is expecting a surge in demand following the start of production of the EQC, Daimler’s first foray into the EV market through its Mercedes-Benz brand, in 2019. The company also plans to turn its Smart division into an electric-only manufacturer.

Accumotive is currently building a second battery facility at its site in Kamenz, near Dresden, following an investment of €500 million. The company does not produce its own lithium-ion cells, but purchases them from LG Chem and packages them into modules for the two brands.

′With eight battery factories on three continents, we are well represented regarding electromobility in the powertrain production network of Mercedes-Benz Cars. Since 2012 we are producing batteries in Kamenz and have gained valuable knowledge. Our team is working highly motivated on a daily basis and is coping with the increasing quantities while operating the new systems’, says Frank DeiÃŸ, Head of Production Mercedes-Benz Cars.

The second battery factory has been designed as a CO2-neutral factory. A power station and a photovoltaic system, in connection with fixed battery storage, will provide the production facility with energy.