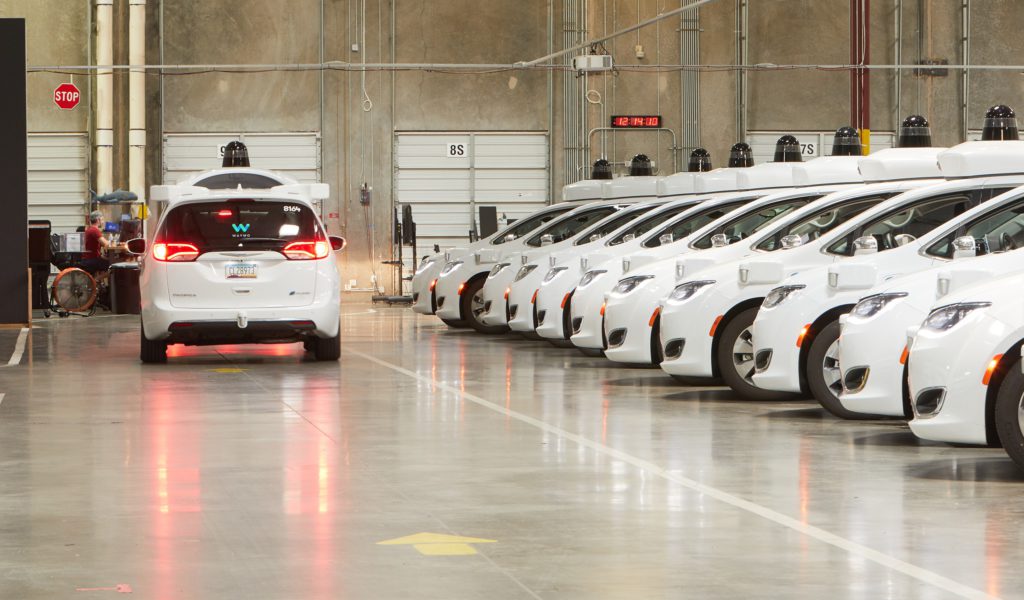 Fiat Chrysler Automobiles (FCA) and Google-owned self-driving technology developer Waymo, have announced their strategic partnership is expanding. The collaboration will see the two companies work on SAE Level 4 (L4) autonomous capabilities, as well as applying these systems to commercial vehicles. This new deal will see FCA work exclusively with Waymo to develop L4 technology for the carmaker’s entire fleet.

This may mean the end of the 18-month partnership the carmaker had built with Aurora, an autonomy company backed by Amazon. The Financial Times reports that the startup will continue to use custom-built Chrysler Pacificas but, according to two people familiar with the matter, formal collaboration has ended. Volkswagen also ended its relationship with Aurora after investing in Ford’s Argo AI.

FCA and Waymo’s partnership was first announced in 2016 and since then, the two have worked closely together to integrate self-driving technology into vehicles. The pair developed the L4-ready Chrysler Pacifica Hybrid minivan and launched the first commercial autonomous ride-hailing service.

′FCA was our first OEM partner, and we’ve come a long way together,’ said John Krafcik, CEO of Waymo. ′The Chrysler Pacifica Hybrid minivans were the first vehicles in our Waymo One fleet, and, guided by the Waymo Driver, have now safely and reliably driven more fully-autonomous miles than any other vehicle on the planet.’

′Today, we’re expanding our partnership with FCA with the Waymo Driver as the exclusive L4 autonomy solution for this global automotive company. Together, we’ll introduce the Waymo Driver throughout the FCA brand portfolio, opening up new frontiers for ride-hailing, commercial delivery, and personal-use vehicles around the world,’ Krafcik explained.

The two companies will exclusively develop L4 autonomous technology together across FCA’s fleet. They have already started work on potential future products for the movement of people and goods as operated by the Waymo Driver.

′Our now four-year partnership with Waymo continues to break new ground,’ said Mike Manley, CEO of FCA. ′Incorporating the Waymo Driver, the world’s leading self-driving technology, into our Pacifica minivans, we became the only partnership actually deploying fully-autonomous technology in the real world, on public roads.’

′Adding Waymo’s commitment to partner with us to deploy its L4 fully autonomous technology across our entire product portfolio, our partnership is setting the pace for the safe and sustainable mobility solutions that will help define the automotive world in the years and decades to come.’

The strategic partnership will also look to bring self-driving capabilities to commercial vehicles in lighter weight classes. Waymo will work exclusively with FCA as its preferred partner to develop and test L4 autonomous light commercial vehicles for goods movement, including Waymo Via. The two companies will initially look to integrate the Waymo Driver into the Ram ProMaster van, which has a configurable platform allowing for a broad range of commercial customers.

By strengthening their partnership and expanding the application of self-driving technology, the two companies hope to leverage their respective strengths. This will allow them to effectively utilise autonomy, addressing both the specific needs of commercial customers and contemplating further applications.

Last month, Waymo also announced it was partnering with Volvo to develop L4 self-driving technology. The companies hope to integrate Waymo Driver into a new mobility-focused electric-vehicle platform for ride-hailing services. In June last year, the technology developer also partnered with Renault and Nissan, to explore the introduction of driverless mobility services in France and Japan.

In 2018, Jaguar Land Rover also entered a ′long-term strategic partnership’ with Waymo, supplying electric vehicles to a development project. The companies agreed to work together to design and engineer self-driving Jaguar I-Pace models that can be deployed in cities, picking up users and transporting them to their destination.