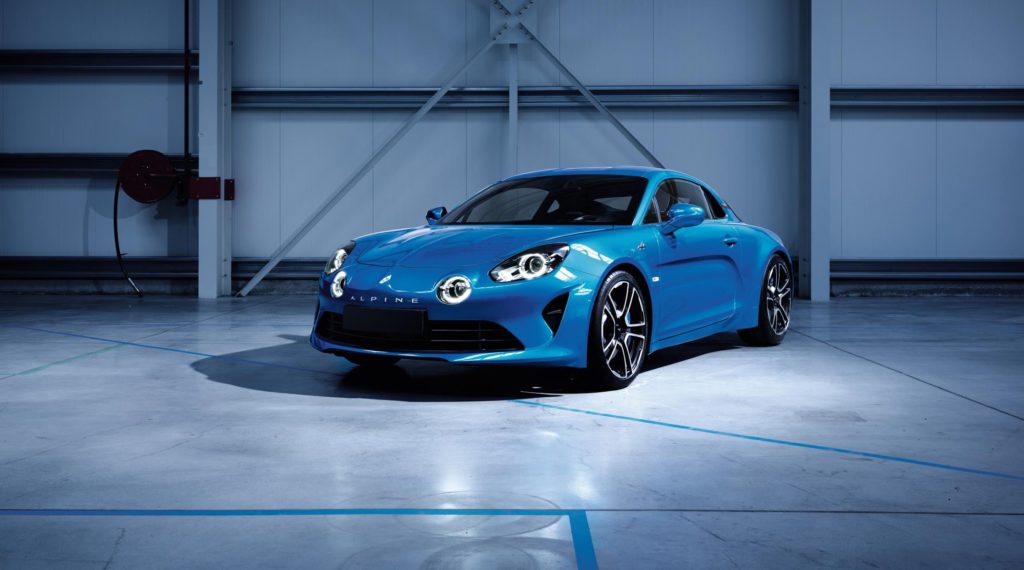 19 July 2018 By John Evans â€²I am currently trying to source a drive up the hill at Goodwood on the Thursday of the Festival of Speed â€“ 12 July. I have yet to secure a place but thought this might be something to interest you.‘ This was the email that I received from the head of the newly established London Alpine Centre in late May. Interested would be an understatement. The new Alpine A110 was announced at the Geneva show in March 2017, but I didn’t set eyes on one until July last year when it was on display at a classic rally in Austria. I was able to sit in it, rev it, but not drive it. When the first UK journalists’ reports started coming through in December and were overwhelmingly positive, I investigated how to get one. The PremiÃƒÂ¨re Edition of 1,995 cars sold out within five days of being announced, but by downloading an app and paying a refundable deposit of â‚¬2,000 through it, I was able to join the waiting list for the following batch of production, to become available in â€²Pure’ and â€²LÃ©gende’ versions to be delivered in the first quarter of 2019. Cars to test drive would be in the UK by late summer 2018. 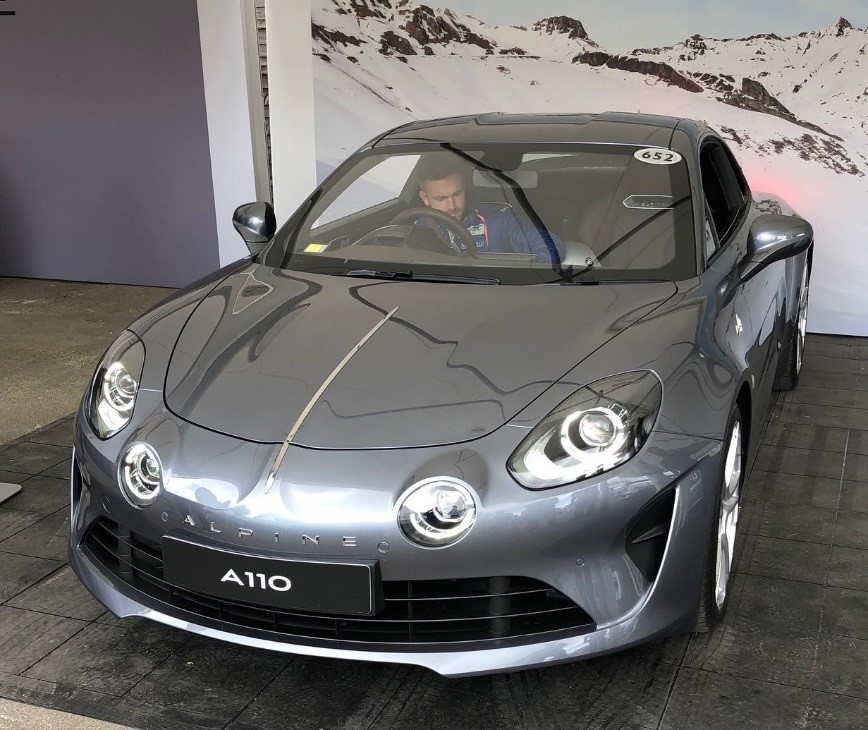 You are probably wondering about my judgment now, ordering a car I had never even driven. It’s the first time I have ever done that, and indeed, only the second new car I have bought. So why the Alpine? Well, it is to my mind unique in the market, being both usable on a daily basis all year round, well-equipped with modern kit like aircon and satnav, (like a Porsche Cayman or Audi TT), and also very fuel-efficient, light, slender and supple-riding (unlike the others). Plus it is low-volume and niche, so will be rare. Then, out of the blue, I received a call: an order for a PremiÃƒÂ¨re Edition had been cancelled, and would I like it for delivery in July/ August? Indeed I would! So now I would not only be ordering the car untried but also it seemed, taking delivery without a test driveâ€³Â¦ I had been allocated No 1576 and chose Bleu Alpine. Next, some paperwork came through, then came the email about Goodwood. On the day, I presented myself at the Alpine desk near Goodwood, accompanied by the same – mildly bemused – friend who had been with me on the rally in Austria just a year earlier. After introductions, instructions and directions, we went with the shuttle bus to the main entrance, and found our

way to the Alpine display in the â€²First Glance Paddock’. There was a GT4 race version on the stand, plus the first right-hand drive car I had seen, a LÃ©gende. I was asked to present myself at drivers’ signing on at 14.20. There I was introduced to the professional racing driver who was to accompany me up the hill, and a fellow lucky customer who was driving the other Alpine in the same batch. There were two left-hand drive PremiÃƒÂ¨re Edition cars being used â€“ a blue one and a white one. On the basis that the other chap was a little taller than me and the blue car’s seat was set lower, I got the white one, which was great because I could see the blue one! After some waiting time when I was able to get familiar with the controls, we were waved out onto the hill. The cars were released at 30-second intervals. Select manual gearshifts on the console-mounted switch, then press the Sport button on the steering wheel. Off the line, foot flat to the floor, a little lag whilst the turbo spooled up, then we were off, changing up at 6,500 rpm, into 2nd and 3rd with instant changes from the double clutch gearbox, then on the brakes for the double right-hander, nice solid pedal, plenty of bite and feel, before hurtling up the next straight under the bridge, into 4th and 5th, before heavy braking for the chicane and down three gears into 2nd, thread it through the tight chicane, wait again for a touch of lag, then squirt forward again up the gears. Slow and down to 3rd again for the tight left along the wall where there was a 40mph speed limit (no time to calculate what that is in kmh), then a long uphill charge up through the gears again (remembering to take the time to enjoy the sound of the engine which is great for a four-cylinder and loud enough at full throttle but not deafening) to the chequered flag, before gently easing off the pace to the turning area at the top. 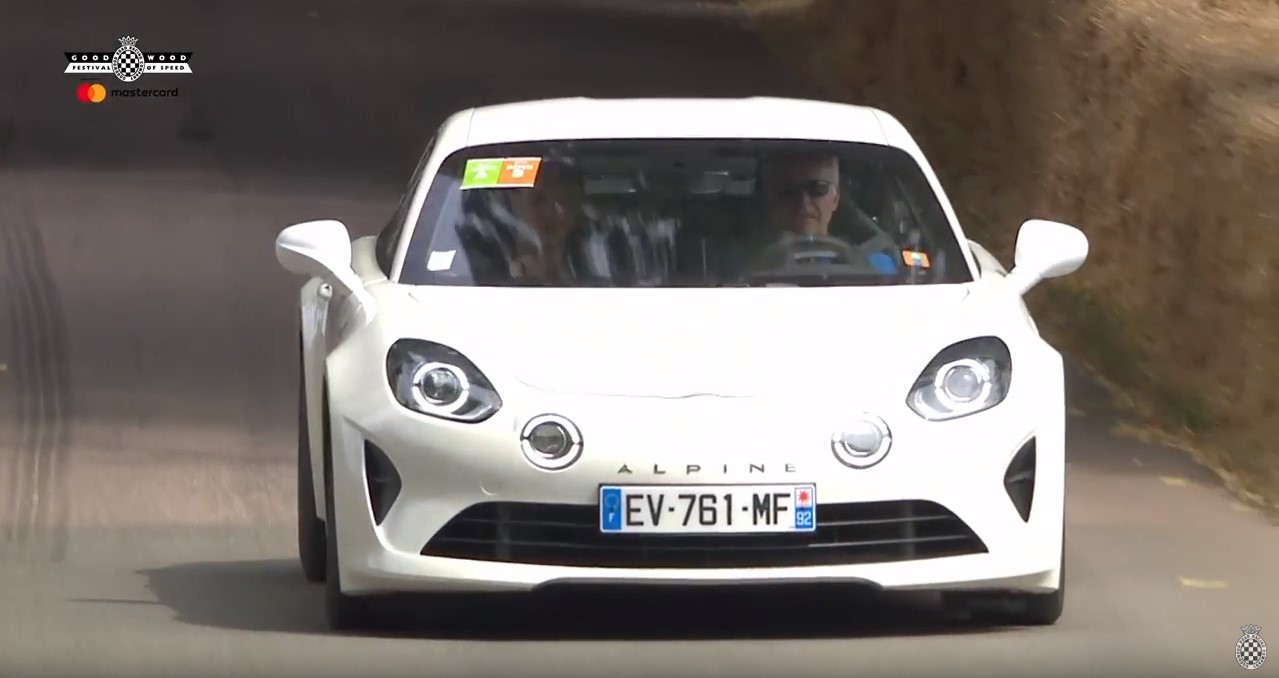 Here we lined up until it was time to return down the hill, with no less than nine Singer 911s, the new Brabham supercar, countless McLarens including three Sennas, the latest Ferraris, and, looming large over everything else, a Tesla Model X! So it was even more of a surprise when the commentator and cameraman sought me out for a live stream interview about the car. What a way to test drive a car for the first time! Driving back down the hill, I realised I hadn’t even begun to explore the car’s handling and grip, which is inevitable on a short first drive in the car and on the hill. More impressions to follow when no. 1576 actually arrives.