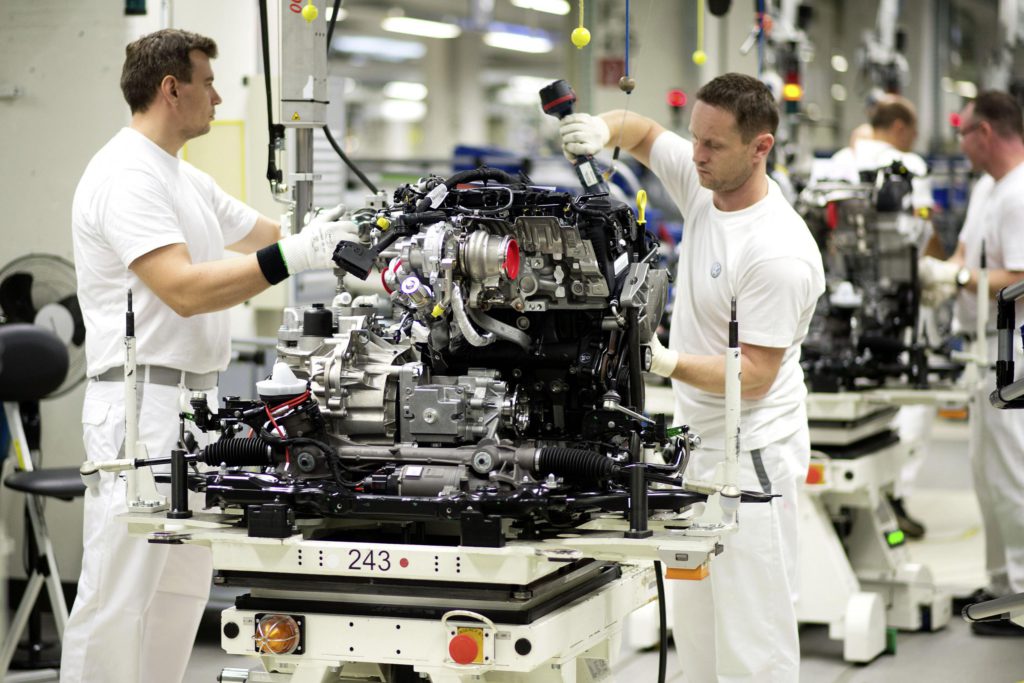 Ford has announced further plans of its European restructuring program, including a large number of job losses, as Volkswagen (VW) has suggested a push for electric vehicle (EV) production will also endanger jobs.

Earlier this year, Ford announced it was undertaking a review of its European operations following a drop in profits and poor sales across the continent. The move included a look at its workforce numbers together with a possible streamlining of its model line-up.

Now, as part of its ′comprehensive business transformation,’ the company has announced that it has offered voluntary separation programs for employees in Germany and the UK to help accelerate the plans and return to sustainable profitability.

Ford suggests that through this scheme, it expects its German operation to reduce its workforce by around 5,000, including temporary staff. It does not yet know how many jobs in the UK will be lost, although earlier figures put this number at around 1,150.

Ford builds a large proportion of its cars for Europe in Germany at plants in Cologne and Saarlouis. The automaker is expected to end production of the C-Max compact minivan in Saarlouis as it focuses on more profitable SUVs and commercial vehicles.

In the UK, the carmaker is closing its headquarters in Warley and currently has manufacturing facilities at Dagenham and Bridgend, as well as a research centre in Dunton. Ford has relocated staff from Warley between Dagenham and Dunton.

The Bridgend plant currently makes engines under contract for Jaguar Land Rover, with this contract running out in 2020. It was hoped that the plant would be contracted to make engines for a new vehicle designed by INEOS Automotive. However, the company has now chosen BMW as its source for a range of petrol and diesel units, adding further uncertainty to the viability of the Ford plant.

The manufacturer has yet to announce any further details about its future model line-up.

Meanwhile, Volkswagen Group has said that it will shrink its workforce by up to 7,000 staff. The company is looking to raise productivity and make €5.9 billion of annual savings at the core VW brand by 2023, in a bid to increase operating margins to 6%.

The German carmaker has said that it will rule out compulsory layoffs until 2025 but early retirement schemes will help to cut between 5,000 and 7,000 positions.

′The measures from the earnings improvement program will enable our brand to achieve a competitive return level of 6% in 2022,’ Arno Antlitz, Volkswagen brand’s board member for controlling, said in a statement.

At its financial results conference earlier this month, VW Group CEO Herbert Diess suggested that the company’s push to electric technology would lead to a reduction in employee numbers.

′The reality is that building an electric car involves some 30% less effort than one powered by an internal combustion engine,’ he said. ′That means we will need to make job cuts, and achieving this purely through fluctuation and partial retirement will be difficult.’