Ford to be zero-emission capable in Europe by 2026 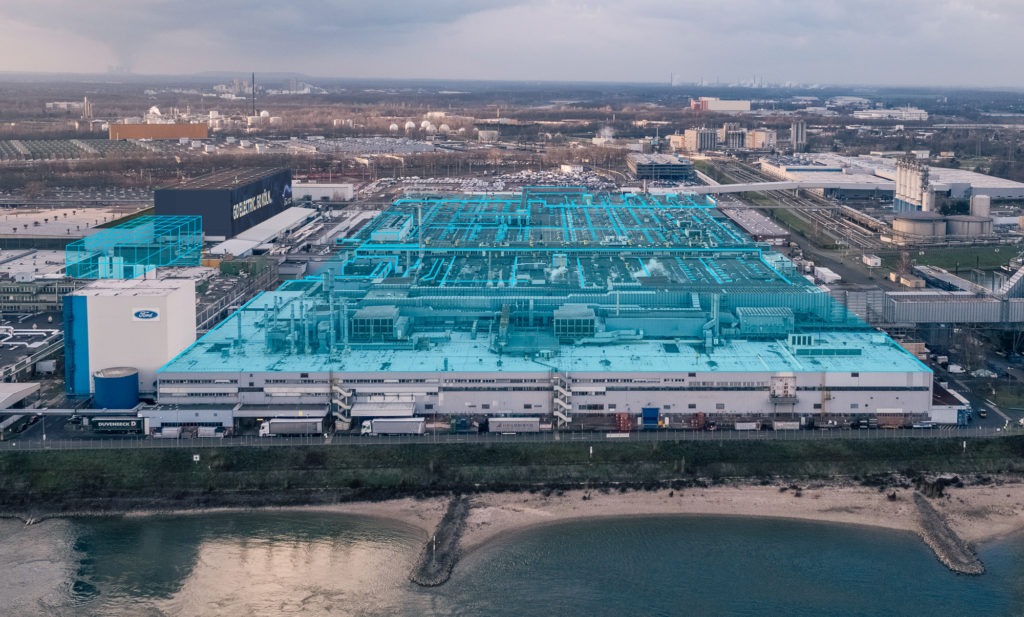 Ford's entire European passenger-vehicle range is to be zero-emissions capable by mid-2026. This means all models will be either battery-electric vehicles (BEVs) or plug-in hybrids (PHEVs) within roughly five years. The carmaker then wants to step up its game by the end of the decade, going fully-electric by 2030.

As part of its drive towards electromobility, the company is investing $1 billion (€800 million) in an updated electrically-chargeable vehicle (EV) manufacturing centre in Cologne, Germany. Ford's first European-built, volume BEV is expected to begin rolling off production lines at the site in 2023.

The carmaker's European arm confirmed the setting of these electrification milestones after it announced a return to profitability in the last quarter of 2020. ′We successfully restructured Ford of Europe and returned to profitability in the fourth quarter of 2020. Now we are charging into an all-electric future in Europe with expressive new vehicles and a world-class connected customer experience,' said Stuart Rowley, Ford of Europe president.

′We expect to continue our strong momentum this year in Europe and remain on track to deliver our goal of a 6% EBIT margin as part of Ford's plan to turnaround our global automotive operations.' This financial upswing could not have come at a better time, given the enormous capital required to make the transition to electromobility.

Ford said it is looking to invest at least $22 billion globally in electrification through 2025. This is nearly double the company's previous investment plans. Over the last two years in Europe, the carmaker has put $1 billion towards structural costs, addressing underperforming markets, creating a more targeted vehicle line-up, as well as its different partnerships. This investment falls within Ford's wider strategic effort to drive growth and profitability, truly putting the adage ′you have to spend money to make money,' to the test.

Financing the electrification of its vehicle-assembly facility in Cologne to the tune of $1 billion, Ford is laying the groundwork for its first European-built, volume BEV which should be produced at the site from 2023. The carmaker also hinted at the possibility for a second all-electric vehicle to be produced there.

′Our announcement today to transform our Cologne facility, the home of our operations in Germany for 90 years, is one of the most significant Ford has made in over a generation. It underlines our commitment to Europe and a modern future with electric vehicles at the heart of our strategy for growth,' Rowley said.

′The decision to make the production and development site in Cologne the e-mobility centre for Ford in Europe is an important signal to the entire workforce,' said Martin Hennig, chairman of the general works council of Ford-Werke. ′It offers a long-term perspective for our employees and at the same time encourages them to help shape this electric future.'

This electric future is drawing in quickly as 2030 gets ever closer. While the carmaker's electric transformation is occurring on a global scale, this deadline coincides well with the UK's ban on the sale of new internal-combustion engines (ICEs) by 2030. As Europe acknowledges the need for zero-emission mobility, setting staggered targets and promoting the adoption of EVs, carmakers will likely have to adjust to the lowest common denominator.

The UK's ban was initially intended to come into effect by 2040 before being brought forward to 2035. Now set for 2030, it makes sense for Ford to meet the earliest deadline. Given Ford's leading market position in the country, the OEM will also want to get ahead of the curve. Last month, the brand accounted for nearly 11% of new-car registrations. In order to hold on to this top spot, Ford will need to rapidly expand its market offering, going beyond the Mustang Mach-E, its first ever BEV.