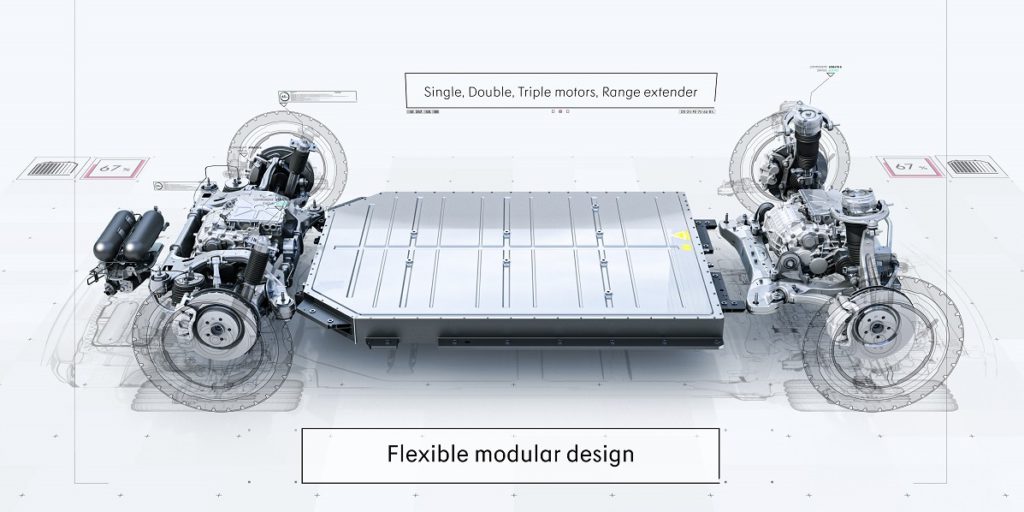 24 September 2020 Zhejiang Geely Holding Group has launched its sustainable-experience architecture (SEA), which it claims is the world’s first open-source electric-vehicle (EV) platform. SEA will be deployed across the manufacturing group’s nine global automotive brands, beginning with Lynk & Co. As Geely promotes its shared platform, Volkswagen (VW) premieres its first fully-electric compact SUV, the ID.4. This will be the third battery-electric vehicle (BEV) to be released based on Volkswagen Group’s modular electric drive (MEB) platform. The ID.4 enters the market behind VW’s hatchback BEV, the ID.3, and Skoda’s Enyaq iV. Open-source architecture Promising to transform the availability of zero-emission cars and trucks in the world’s largest automotive markets is no mean feat, but that is exactly what Geely hopes to achieve with SEA. The Lynk & Co Zero Concept will spearhead the new platform. Unveiled at a brand event on 23 September, the BEV will go into production in 2021, with plans for a market launch the same year. However, Geely does not plan to keep its BEV platform in-house, having already entered preliminary discussions with other OEMs about accessing SEA. The architecture can accommodate segments A through to E, and will have a variant developed for light-commercial vehicles (LCVs) with offerings including front, rear and all-wheel drive specifications across the spectrum. ′Our development of this transformative electric-vehicle architecture marks the biggest leap forward at Geely in more than a decade,’ said Li Shufu, chairman and founder of Geely. ′This far-reaching innovation will greatly expand the volume and scalability of our zero-emission models, and we intend to offer the benefits of this innovation to other manufacturers – reflecting the common interests in our industry in addressing the challenges of climate change. Open-source architectures will be a hallmark of new mobility services, of which Geely Holding is proud to be the pioneer.’ Common-module architecture The new platform has been developed over the last three years at research and development centres in China, Sweden, Germany and the UK. SEA will take the shared design benefits from Geely’s common-module architecture (CMA), which has been used in nearly 700,000 vehicles since its introduction in 2018. ′This is a highly-scalable pure-electric architecture that will allow us to make the best-in-class vehicles with leading dynamics, connectivity, intelligence and shared functionality in very high volumes that will bring zero-emission transportation to many more consumers,’ said Kent Bollevan, head of advanced vehicle architectures at Geely. The manufacturer estimates that, in the short term, hundreds of thousands of SEA vehicles will be produced in China, with those numbers accelerating as subsidiary brands introduce their own products. Geely hopes the platform will attract customers with connectivity, shared-vehicle functions, e-motor capabilities, constant over-the-air-updates, autonomous functions, and a maximum range exceeding 700km between recharging, with the capacity to increase range in the future. MEB platform Meanwhile, VW’s MEB platform has been equipped in the newly released ID.4. The carmaker is looking to take advantage of the popular SUV segment, which leads the market in the US and China. The BEV follows its smaller sibling, the ID.3, and pulls in behind Skoda’s Enyaq iV, which was the first all-electric SUV on the MEB platform to hit the market – in early September. The ID.4’s battery stores up to 77kWh, enabling a range of up to 520km (WLTP). The motor generates 150kW – enough to accelerate from 0 to 100kmh in 8.5 seconds and deliver a top speed of 160kmh. The BEV can be recharged to cover the next 320km (WLTP, at 125kW) at a DC quick-charging station in around 30 minutes. ′The ID.4 is an emotional all-rounder which will impress many customers with its efficient electric drive, generous amount of space, modern assist systems and powerful design,’ said Ralf Brandstätter, CEO of VW brand. ′As the first global electric car, this model will roll out our modular-electric drive matrix platform that has been developed specifically for electric mobility the world over. Volkswagen is thus once again demonstrating its leading role in innovation, technology and quality on the high-volume market.’ With the performance of BEVs increasingly tied to a small core of platforms like MEB or SEA, most consumers could eventually end up driving around in nearly identical vehicles. The only thing setting them apart would be the shell encasing the shared architecture.
Companies Vehicle Manufacturers