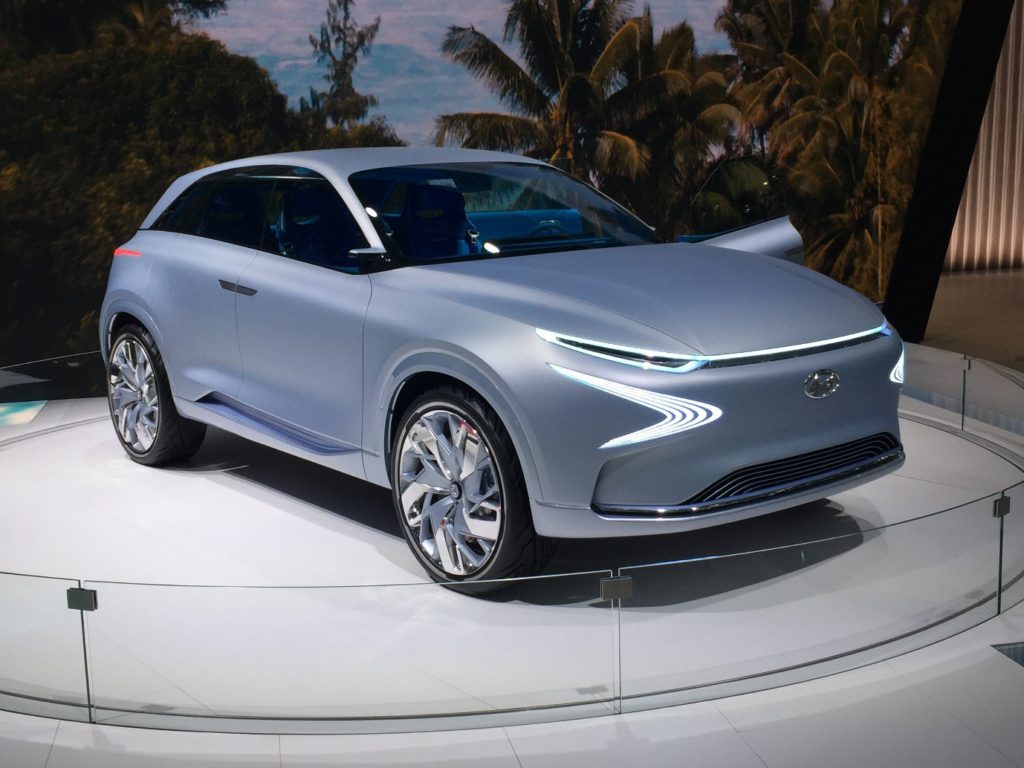 The focus of this year’s Geneva Motor Show is squarely back on electric vehicles (EVs), hybrids and fuel cell vehicles, with these drivetrains set to become the new battleground.

With Toyota Europe’s hybrid sales up 40% last year to 32% of its overall sales, it is now  focusing on longer range EVs. Its new 200km-range i-TRIL concept car with its eye-catching butterfly-opening doors, weighs just 600kg and at just 1.46m tall and 2.83m long is smaller than most other city cars. Designed for short trips it has more space than its small i-ROAD concept car. With its one-plus-two seating layout, it targets the car at ‘parents who live in small or medium-size towns who need an agile and urban-friendly family vehicle that’s ideal for both chores and for social trips.’

Meanwhile, in the fuel cell category, Hyundai has unveiled its second-generation vehicle, the Hyundai FE SUV (pictured), which has an 800km range – highlighting its main selling point over current EVs. It is the successor to Hyundai’s ix35 hydrogen car. The FE recycles its own emitted water to humidify and clean the cabin air – a system that may prove popular with growing air pollution concerns. Honda has a similar idea with its NueV electric concept car, which also contains its ′emotion engine’ HANA.

Volkswagen (VW) also aims to launch more than 30 new all-electric vehicles by 2025. Porsche, its second-biggest profit engine, is spending €1.1 billion to develop its first battery-only model, the Misson E, which is expected to launch by 2020. VW also showcased its first level 5 concept autonomous Sedric car, which comes without a steering wheel and pedals as it has been designed for car/ride sharing services.