German carmaker cartel could see US involved in investigations 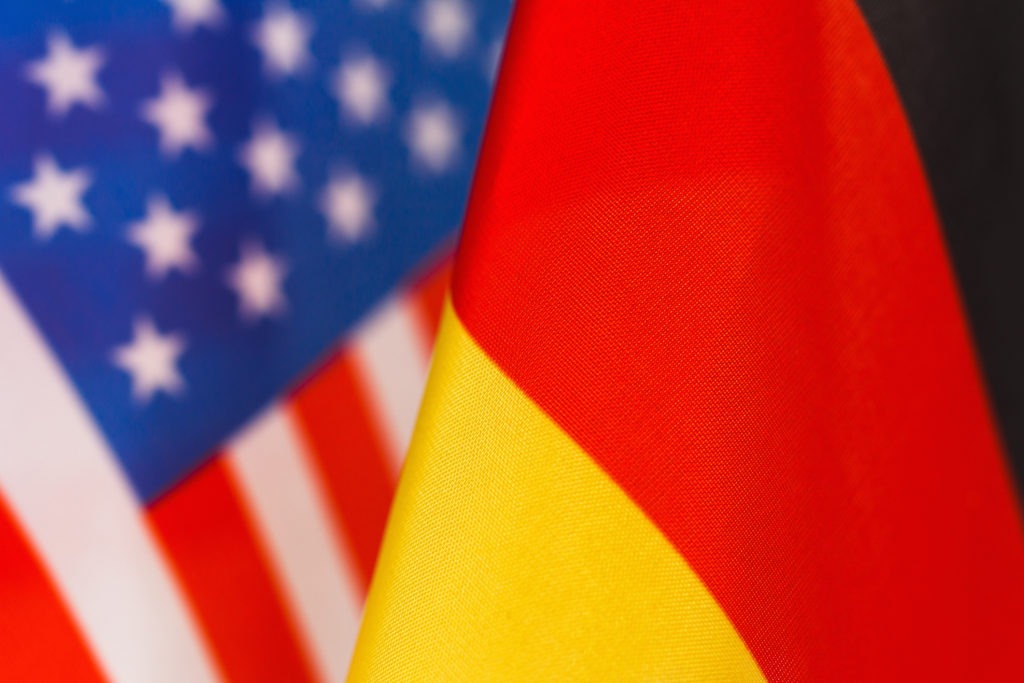 US Justice Department officials are looking into claims that German vehicle manufacturers operated a cartel, colluding on areas such as technology, strategy and parts to gain an advantage over rivals, according to sources.

The European Commission and German authorities are already looking into the cartel, having received information, reported to have been from Volkswagen (VW) and Daimler. Both manufacturers, together with BMW, are believed to be involved in the practice. Reports suggest that the companies have been colluding since the 1990s and allegations came to light following a raid on Audi’s headquarters as part of the ongoing emissions scandal.

Any probe in the US could be a serious issue for the carmakers. It was the American market where VW was found to be cheating emissions testing in 2015, starting Dieselgate and leading to the manufacturer setting aside $25 billion (€22.6 billion) for compensation and vehicle buybacks. Daimler is already under investigation for a similar reason.

Therefore, any fine levied by the US government would be in addition to any potential fine handed out by the EU Commission, although by acknowledging the existence of a cartel, both VW and Daimler could see a reduction in any imposed fine. These could be as high as 10% of annual turnover, meaning VW will pay €20 billion, Daimler €15 billion and BMW €9 billion.

However, VW’s plea agreement with the US Government requires that the carmaker commits no other crimes and cooperate with any investigation related to the emissions of its vehicles. With the emission systems just one area of the cartel, this could see further sanctions imposed on the German company. According to reports, the carmakers discussed the size of AdBlue tanks on diesel vehicles, which is one area being investigated by those looking into the emissions-cheating scandal.

Any investigation into possible collusion would be handled by the criminal section of the Justice Department’s antitrust division, which is separate from the environmental and criminal divisions that handled the emissions cheating case.

While VW and Daimler have declined to comment on reports, BMW has issued a statement. It comments: ′As a matter of principle: BMW Group vehicles are not manipulated and comply with respective legal requirements. Of course this also applies to diesel vehicles. Confirmation of this is provided by the results of relevant official investigations at the national and international level.

′The BMW Group categorically rejects accusations that Euro 6 diesel vehicles sold by the company do not provide adequate exhaust gas treatment due to AdBlue tanks that are too small.

′From a BMW Group perspective, the objective of discussions with other manufacturers concerning AdBlue tanks was the installation of the required tanking infrastructure in Europe.’

The statement does not address any other areas which are reported to have been discussed by the manufacturers.

According to the″¯report in Der Spiegel″¯which revealed the collusion, starting in the 1990s, the five German car brands met  to coordinate activities related to their vehicle technology, costs, suppliers and strategy as well as emissions controls in diesel engines. The discussions involved more than 200 employees in 60 working groups in areas including auto development, petrol and diesel motors, brakes and transmissions.

Michael Brecht, head of Daimler’s works council, said in a statement: ‘workers are rightly horrified and angry by antitrust allegations that emerged last week, and there must obviously be consequences if they’re confirmed.’

An investigation into truck manufacturers saw MAN, Volvo/Renault, Daimler, Iveco and DAF fined a total of €2.9 billion for breaking EU antitrust rules in July 2016, with the companies now subject to group action lawsuits by suppliers and fleet groups.