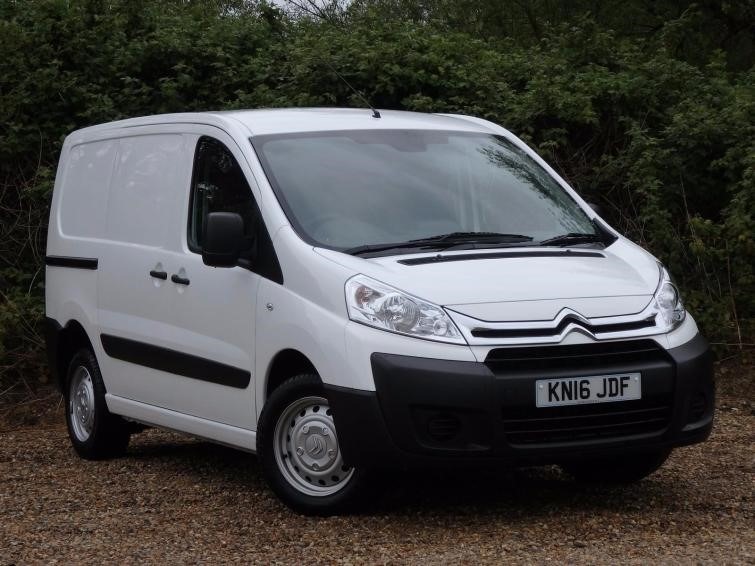 For those wanting reliability and economy

The CitroÃ«n Dispatch has been named as Glass’s Used Van Hero for August.

Each month, Glass’s Commercial Vehicle Editors hold a meeting to name the current Used Van Hero in the UK market – the model they believe offers versatility, economy and outstanding value for money.

Andy Picton, Chief Commercial Vehicle Editor commented: ′The previous generation CitroÃ«n Dispatch has a good following for the nicest examples on offer in the market place.’

He added that ′for someone looking for a sensibly priced, good economical van with up to 1200kg payload you need look no further.’

Later year examples are popular at auction with any offered in a colour guaranteed plenty of interest. The enhanced specification of the Enterprise model is actively sought out as it has air-con which is a must in the used commercial vehicle market. The engines are reliable and durable and offer great fuel consumption.

When was it on sale?

Two lengths and two roof heights, central locking with deadlocks, electric windows as standard, a well laid-out cabin and a good driving position make the Dispatch an ideal used van purchase. Load volume is between 5 and 7 metres cubed and a payload of up to 1200kg adds to this medium panel van’s versatility. Other plus points include low running costs, long service intervals, a good dealer network, competitive insurance and readily available parts.

Some Dispatch variants have been known to suffer from electric power steering issues, whilst safety features are not on a par with some of the newest competition available in the marketplace. Our top tip is to check the Trafficmaster satellite navigation system is fully functioning.