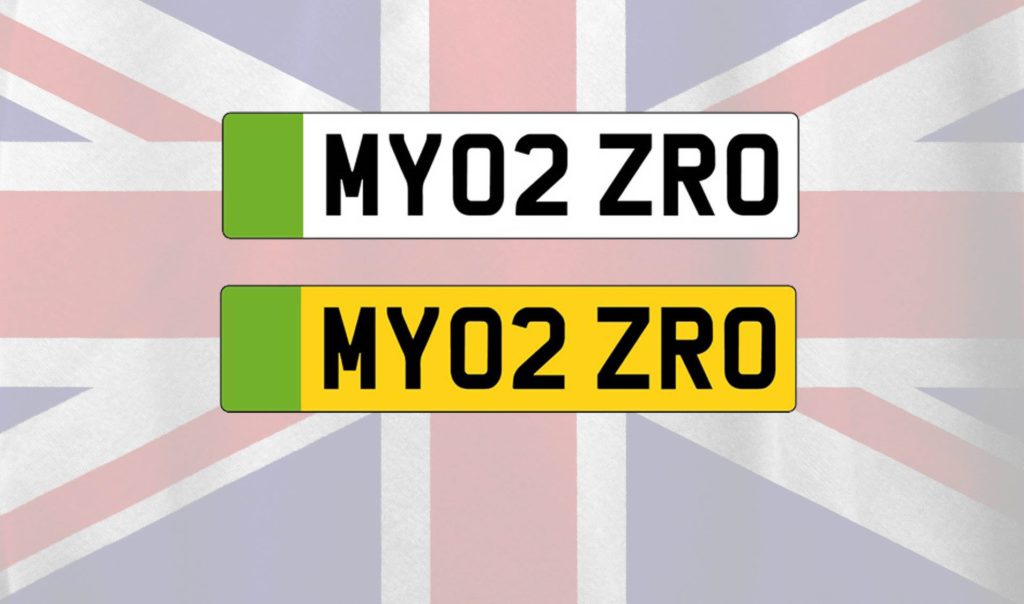 The UK is to roll out new registration plates identifying electric vehicles (EVs) later this year, following a public consultation.

Plans to help identify EVs were first announced in October 2019, with the UK Government unveiling three potential designs and asking for public opinion. Now the new plate has been chosen, with a green box to be included on the left. They will be available for zero-emission vehicles only.

The plates will make it easier for cars to be identified as zero-emission models, helping local authorities design and put in place new policies to incentivise people to own and drive them, according to the Government.

′For example, drivers could benefit from local initiatives such as cheaper parking and cost-free entry into zero-emission zones where those with a green number plate will be recognised as eligible,’ it states.

The move follows the conclusion of a consultation, which invited comments from the public, local authorities and industry stakeholders from a range of sectors, including automotive and consumer groups, together with vehicle manufacturers.

′A green recovery is key to helping us achieve our net-zero carbon commitments while also promoting economic growth,’ said transport secretary Grant Shapps. ′Green number plates could unlock a number of incentives for drivers and increase awareness of cleaner vehicles on our roads, showing people that a greener transport future is within our grasp.’

The funding, made available through the Office for Low Emission Vehicles (OLEV) and delivered through Innovate UK, will see £10 million for a new Zero Emission Vehicle Innovation Competition. This will invite applicants to bid for project funding to support advancements in both battery-electric and hydrogen vehicles, as well as charging infrastructure.″¯

OLEV is also providing £2 million to small and medium UK businesses to support their research into zero-emission vehicles in areas such as battery technology, which could be used by major vehicle manufacturers in future electric-vehicle production.

′We are supporting small businesses to develop the transport tech of the future through a multi-million-pound investment, ensuring that UK businesses remain at the forefront of low carbon innovation and research,’ Schapps commented.

This investment follows the announcement of The Rapid Charging Fund (RCF) by the UK Government in the March 2020 Budget as part of a £500 million commitment to EV charging infrastructure. The purpose of the RCF is to ensure there is a rapid-charging network ready to meet the long-term consumer demand for electric-vehicle charge-points.

This equates to a charging point population density of 27 per 100,000, putting the UK quite far behind Norway and the Netherlands when it comes to availability of charging locations.