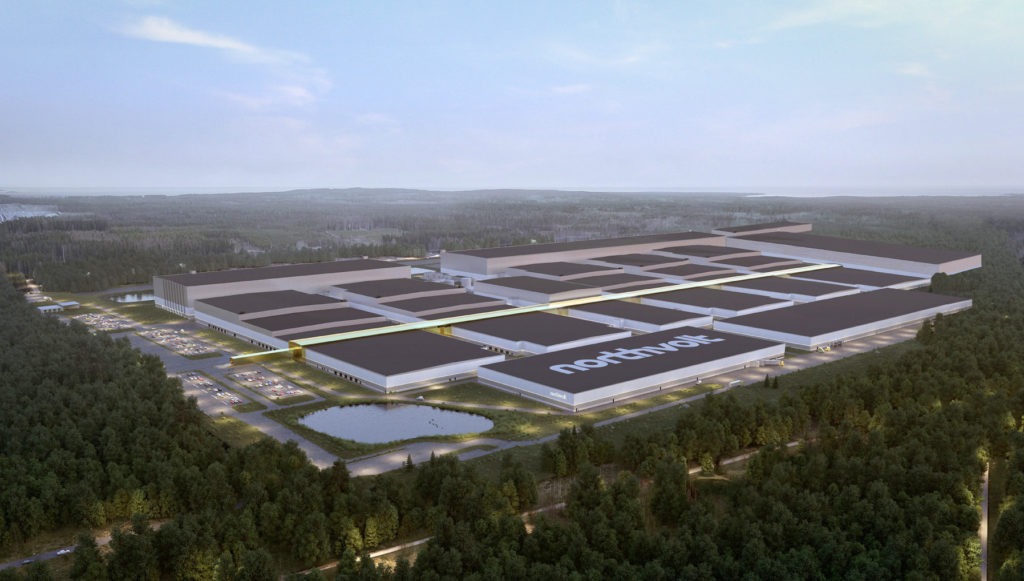 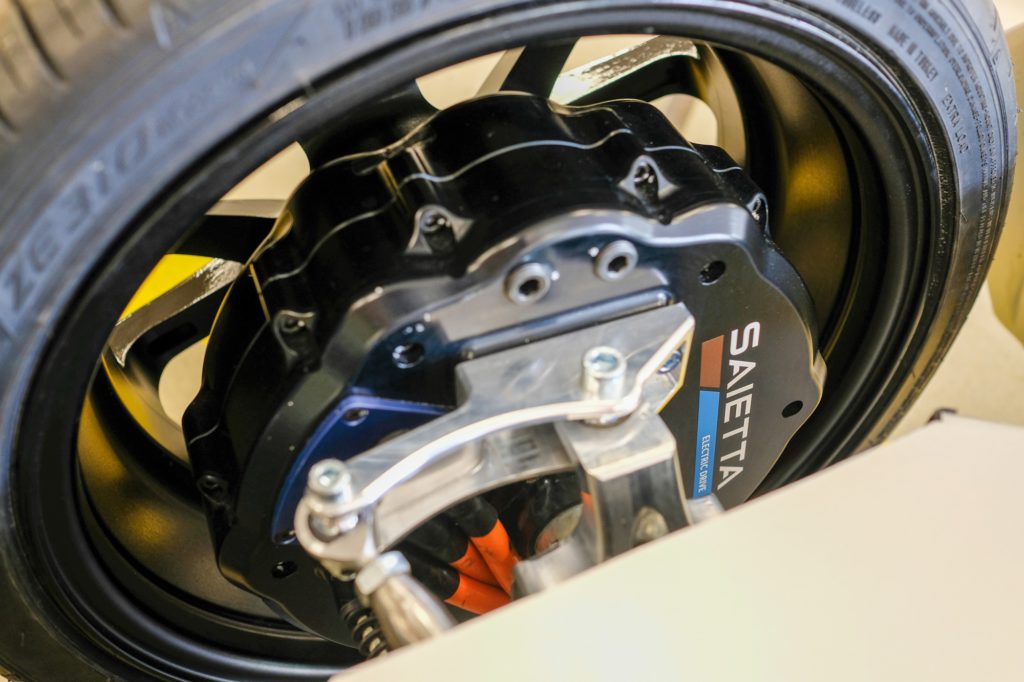 Autovista Group senior data journalist Neil King considers the development of the EU’s four largest new-car markets in May 2021, compared to May 2019.

France, Germany, Italy and Spain all endured double-digit declines again in May, compared to 2019 figures. However, the magnitude of the downturn was far less severe in Spain than in April, even though the country had two fewer working days than in May 2019.

The contractions were slightly bigger in France and Germany. However, when adjusted for working days, these markets also improved slightly. The exception was Italy, where the sector suffered significantly more, compared to 2019, than in April.

Nevertheless, this is largely explained by the diminishing returns of incentives introduced earlier in the year. There was also one less working day in the month than in May 2019. As dealers across Europe were only emerging from COVID-19 lockdowns in May 2020, the high year-on-year growth rates are meaningless.

Therefore, this article focuses on more meaningful comparisons with 2019, which better represent the performance of new-car markets.

A total of 95,403 new cars were registered in Spain during May, according to ANFAC, the Spanish vehicle manufacturers’ association. The market continues to contract compared to the pre-COVID-19 levels of 2019, but the 24.1% downturn in May was far less dramatic than in recent months, despite there being two fewer working days than in May 2019.

The SAAR also improved to almost one million units – the highest level since December 2020. Nevertheless, in the first five months of 2021, 35.9% fewer cars were registered than in the same period in 2019. ′The market in the month of May slightly reduced its downward trend, thanks to the end of the state of alarm and the recovery of mobility between regions, which is awakening local and national tourism.

This opening has been immediately reflected in the rental channel, which has multiplied its daily purchases by 10 compared to those prior to 9 May. The business channel is also gradually increasing purchases and reducing the distance with 2019,’ explained Noemi Navas, communications director of ANFAC.

However, there are concerns about the ongoing weakness of the private-car channel. ′Purchases by individuals continue to fall above 30%. with respect to pre-pandemic figures. due to the lack of stimuli for the majority of demand. Therefore, measures are urgently needed to cushion the collapse of a market that will close this year below one million units, compared to more than 1.2 million in 2019,’ said Tania Puche, communications director of the Spanish car dealers’ association, GANVAM.

Given the significant improvement in the Spanish market in May, especially in the rental channel, Autovista Group has revised its forecast for 2021 to 920,000 units, equating to year-on-year growth of 8%. However, this follows a 32% contraction in 2020 and, even with this improved forecast, the Spanish market will be 26.9% smaller this year than in 2019.

According to the latest data released by the CCFA, the French automotive industry association, 141,040 new cars were registered in France in May. This is far below the average of 174,000 registrations for the month between 2010 and 2019. Compared to 2019, the market contracted by 27.3% in May, slightly more than the 25.4% decline in April.

However, there was one less working day last month than in May 2019 and, on an adjusted basis, Autovista Group calculates that the market fell by 23.5% – an improvement on April. Moreover, the seasonally-adjusted annualised rate (SAAR) of the French market rose slightly from 1.63 million units in April to 1.65 million last month.

′The market is still recovering and individuals are still reluctant to resume their purchases of new vehicles, preferring second-hand examples. Short-term rental companies are back to buying. Electric vehicles and hybrids continue their ascent, while diesel hits a low point,’ the CCFA commented. The association also highlighted that registrations of hybrid cars in May exceeded the volume of diesel models for the first time in France.

Hybrids, including plug-in hybrids (PHEVs), gained a 26% market share in the month, compared to 22% for diesel passenger cars. ′The phenomenon, driven by government bonuses, could further increase after 1 July, when diesel vehicles will no longer be eligible for the conversion bonus scheme,’ the CCFA noted. Battery-electric vehicles (BEVs) maintained an 8% market share last month, with 11,562 registrations.

However, this could suffer as incentives for BEVs will be reduced by €1,000 from 1 July. Assuming no further COVID-19 restrictions on dealerships in France, Autovista Group forecasts that the new-car market will grow by 8% year on year in 2021, following the 25% contraction in 2020, to close to 1.8 million units. Nevertheless, this is 19.5% lower than the volume of cars registered in pre-crisis 2019.

New-car registrations in Germany amounted to 230,635 units in May, equating to a decline of 30.7% compared to the same month in 2019, according to the latest figures released by the Kraftfahrt-Bundesamt (KBA).

This is greater than the 26.1% decline in April but there were two fewer working days last month than in May 2019. On an adjusted basis, Autovista Group calculates that the market declined by an improved 23.8% – replicating the situation in France.

In recent weeks, the country has successfully reduced COVID-19 infection rates and accelerated the vaccination rollout, helping to put the car market back on the slow road to recovery.

Despite the fewer working days, the SAAR increased slightly from 2.53 million units in April to 2.55 million last month. The year-to-date contraction in the first five months of 2021, compared to the same period in 2019, has fallen slightly to 26.7%.

Although the market appears to be back on track, the recovery is slower than previously anticipated. Accordingly, Autovista Group has reduced its forecast for 2021 to just over 3 million new-car registrations, up just 3% on 2020 and 16.7% lower than 2019.

′Timid attempt at recovery’ in Italy

In Italy, the industry association ANFIA reports that, compared to May 2019, the new-car market contracted by 27.9%. This is a sharp deterioration from the 2019 comparisons in March and April, although there was one less working day in the month than in May 2019 and new-car incentives have been exhausted.

Autovista Group calculates that the monthly SAAR fell to 1.46 million units – the lowest level since June 2020. ′The market data for May show that it is very difficult for the car industry to recover from the crisis, and they also cancel out the timid attempt at recovery made in recent months, supported by incentives,’ ANFIA commented.

The association added that ′ANFIA, FEDERAUTO and UNRAE emphasise that May’s figures are the numerical proof of the very short duration of the incentives for cars in the 61-135 g/km CO2 bracket, which were used up too soon to trigger a driving effect on our market.

According to the most recent ACI data, the average age of vehicles will increase further in 2020, to 11 years and 10 months, making them among the oldest in Europe. To this end, it is necessary to refinance for the current year, with an adequate and not ephemeral budget.’ Furthermore, as the supply of semiconductors remains constrained, this is delaying the delivery of new cars.

Therefore, the Italian automotive associations are asking that the time limit to finalise an ′Ecobonus’ transaction is increased from 180 to 300 days, ′so as not to undermine the effectiveness of the measure.’

With the reduced impact of incentives and ongoing semiconductor shortages, Autovista Group forecasts that the market will grow 16% year on year in 2021, to 1.6 million units. This is a slight downward revision from the 17% growth previously forecast and, at this level, the market will be 16.4% smaller than in 2019.