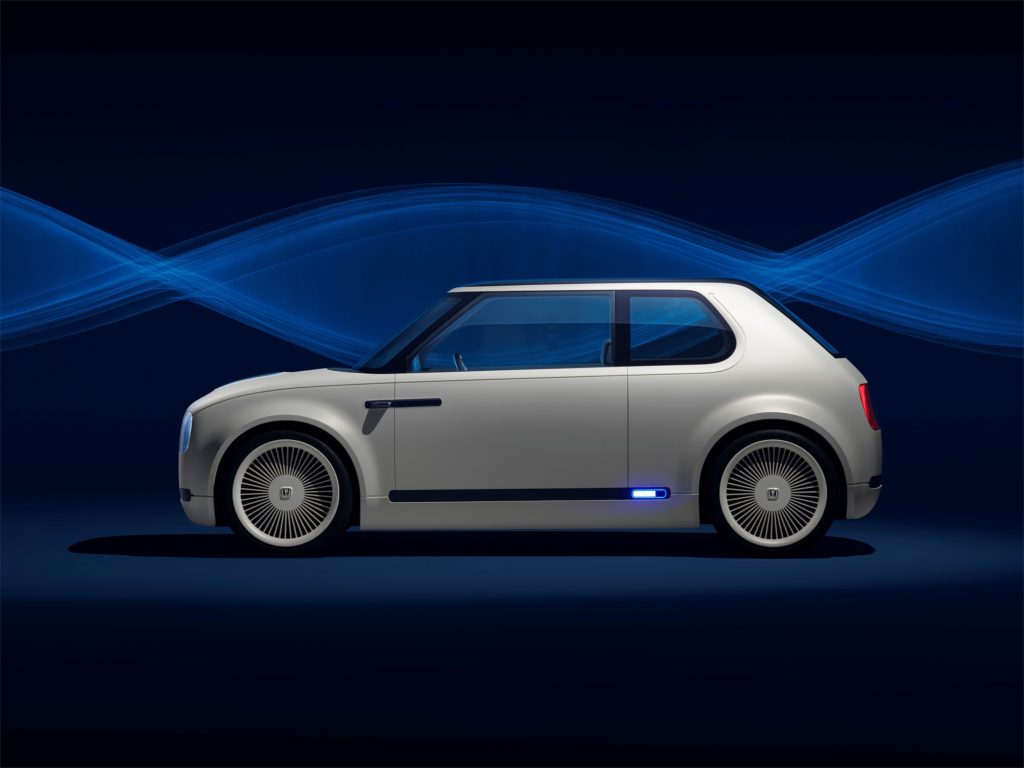 7 March 2019 By 2025, all Honda vehicles sold in Europe will feature some form of electrification, the company announced at the Geneva International Motor Show. In addition, the Japanese carmaker is partnering with two companies as it looks to develop its energy management products and services, building on the bi-directional charging concept first shown at the IAA, the Frankfurt Motor Show, in 2017. At the Geneva International Motor Show, Honda is displaying its e-prototype vehicle – a 90% production ready version of a concept first shown at Frankfurt and the company’s first venture with a fully electric vehicle (EV). The city car features a range of around 120 miles, which Honda says is perfect for the urban spaces in which it will reside. The carmaker’s original plan was for two thirds of its sales in Europe to feature either hybrid or full electric technology from 2025. However, this has now changed. â€²Since we made that first pledge in March 2017, the shift towards electrification has gathered pace considerably,’ Tom Gardner, Senior Vice President of Honda Motor Europe, said during Honda’s Geneva press conference. â€²Environmental challenges continue to drive demand for cleaner mobility. Technology marches on unrelenting and people are starting to shift their view of the car itself.’ Honda also plans to develop its energy management solutions business. The company has partnered with Moixa, which specialises in â€²resource aggregator’ technology allowing customers to benefit from sharing the control and capacity of their EV battery, and Ubitricity, a supplier of charging solutions including innovative approaches to on-street charging in urban areas. Honda intends to build a portfolio of energy management products and services, offering a comprehensive solution for both EV customers and service operators in Europe. Gardner added: â€²This is a significant move for Honda, our intention is to deliver industry-leading innovation by launching energy servicesâ€³Â¦to create additional value for power system operators and EV customers alike.’ Honda has also been working with EVTEC to further develop its bi-directional Honda Power Manager technology (compatible with battery electric vehicles, such as the Honda e Prototype) and will plan to offer a commercial version in the coming years. The next step is to embark upon feasibility studies for its technologies in London, UK and Offenbach, Germany. Further developments are expected to be announced later this year. Toyota update Toyota is aiming to sell an EV in Europe for the first time in 2021 as the carmaker plays catch-up in the technology. Despite its success in the hybrid market, Toyota has only recently accepted that it needs to develop pure electric technology, a situation caused by Chinese quota regulations. With increased CO2 reduction goals in Europe, the company feels that hybrid alone will not be enough to ensure compliance. The SUV and commercial vehicle markets were identified as the sectors that will be most responsive to the technology, according to Toyota Europe CEO Johan van Zyl. â€²The price pointÂ [for an EV] will be high. Therefore, you will see them in SUVs. They will also be much appreciated in a van-type vehicle in cities if they expand their zero-emissions zones,’ he said at Geneva. Toyota will sell its first EV next year when it launches a battery-powered version of the C-HR compact SUV in China. The vehicle could be sold in Europe as well. â€²It’s something that can be looked at,’ van Zyl said. The company has said it plans to sell 10 EVs globally by the early 2020s and plans for full electrification of its fleet in the next decade.