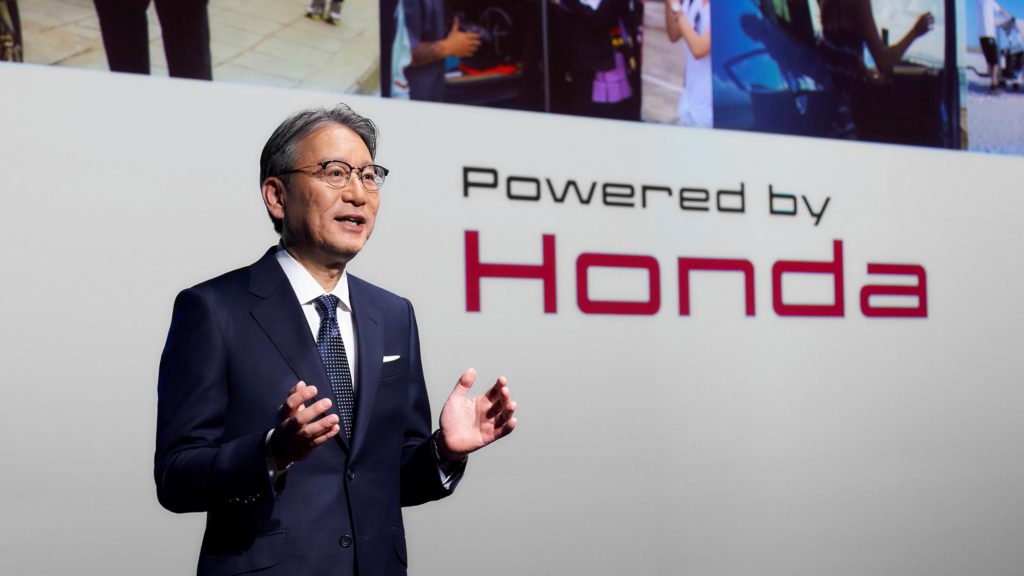 In his inaugural press conference, Honda's new president and representative director, Toshihiro Mibe, expanded on his plans for the company to continue contributing to ′the advancement of mobility.'

He confirmed the carmaker will increase the ratio of battery-electric vehicles (BEVs) and hydrogen fuel-cell electric vehicles (FCEVs). Honda plans to achieve 100% overall sales of zero-emission models in all markets by 2040.

Alongside the pledge to reduce and eventually cease production of the company's internal-combustion engines (ICE), Mibe stated that Honda would aim for carbon neutrality by 2050 for all products and corporate activities. The company will also target zero traffic-collision fatalities – a tricky task for Honda's large motorcycle arm, as the new president highlighted in his address.

′These are challenging targets, and to attain them, we must put forth a collective effort of our entire value chain,' said Mibe. ′However, we decided to set high goals so that all of us share the vision of what we are trying to accomplish and take on challenges toward the realisation of our goals.'

The carmaker is the latest to pledge its future to zero-carbon vehicles. It follows a similar path to Jaguar Land Rover by declaring its intentions to consider fuel-cell technology alongside battery-electric offerings. Honda has a history in researching and developing FCEVs, with its Clarity Fuel-Cell model one of the earliest production vehicles powered by hydrogen.

No plans for Europe?

With the carmaker closing its plants in the UK and Turkey, meaning Europe will likely have to rely on models developed for other markets. This was evident in Mibe's presentation. While the new CEO outlined the zero-carbon vehicle plans as a global target, he focused mainly on developments for the US, Chinese and Japanese markets. These included dedicated ratios, new platforms and models.

As part of a partnership with US carmaker General Motors (GM), Honda aims to reduce costs of the technology and realise a ′hydrogen society' by expanding its line-up of FCEVs and use the technology for a wide range of applications, including trucks and power sources.

The Japanese carmaker is also conducting independent research on solid-state batteries to improve its BEV models’ competitiveness. The company will undertake verification of production technology using a demonstration line during this fiscal year. It aims to introduce the technology in its vehicles in the second half of the decade.

Producing zero-carbon vehicles is no longer the only way carmakers can become sustainable businesses. Many brands are looking to different methods to lower their carbon footprint and source materials in more environmentally friendly ways. Honda is planning to target ′zero environmental impact' by 2050 for its entire product lifecycle and corporate activities.

It will focus on three areas to achieve this goal: carbon neutrality, clean energy, and resource circulation. For the further expansion of renewable energy, the carmaker will be proactive in promoting the use of hydrogen and carbon-neutral fuels as part of a ′multi-pathway of energy'. This is a concept of utilising a wide variety of energy sources that will be effective in all areas, including where electrification is difficult, such as with aircraft.

Honda is also pursuing research on material recycling and will take on the challenge of developing products made from 100% sustainable materials.

As technology adoption increases, so too does the possibility of drastically reducing fatalities caused by traffic collisions. Honda's goal of zero fatalities involving its vehicles by 2050 aligns with European goals. But as Mibe pointed out, the major challenge will be in the motorcycle market, where riders are less protected than car drivers.

′As a company with both motorcycle and automobile businesses, we will continue to strengthen our research on safety technologies that enable motorcycles and automobiles to safely coexist and lead the way in realising a collision-free society from the standpoint of both hardware and software,' Mibe stated.

One way to help reduce motorcycle deaths is to improve the technology in cars so two-wheel vehicles can be detected better. Honda will aim to apply its omnidirectional advanced driver-assistance system (ADAS) to new models in all regions, and especially developing countries, by 2030.

′By leveraging the knowledge and know-how we have amassed through research and development of our Level 3 automated-driving technologies, we will further enhance the intelligence of ADAS, which increases the percentage of collision patterns covered by our ADAS,' Mibe concluded.