How are new and used-car sales faring in Poland? 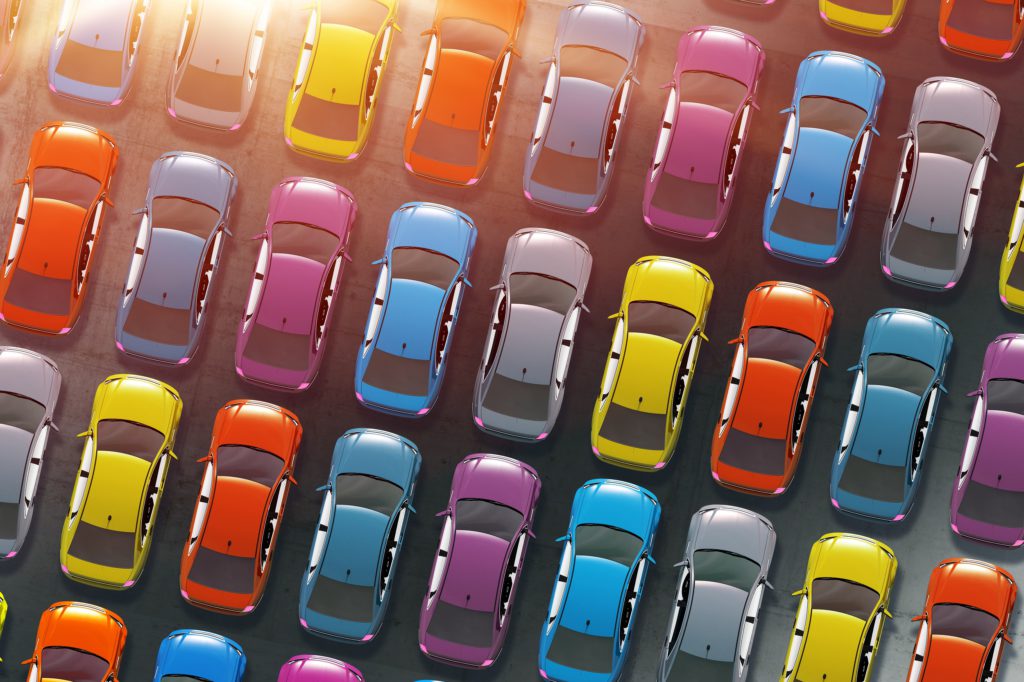 Dealers in Poland did not shut down during the pandemic last year. They adapted quite quickly to new forms of sales, such as remote and online selling. However, vehicle registration offices operated erratically and the climate of uncertainty negatively impacted sales. Marcin Kardas, head of editorial at Autovista Polska, considers the impact of the pandemic on the Polish automotive market and how it may fare in 2021.

During the pandemic in 2020, car factories around the world halted production, limiting the choice of vehicles to be stockpiled. The situation slowly began to ease just before the summer holidays. Manufacturing restarted, but demand was at a much lower level than the year before.

In Poland, it was important to keep fleets as the main player in terms of new vehicles. In an uncertain economic climate, various forms of lease contracts were massively extended and planned replacement of cars did not go ahead. This, in turn, resulted in the relatively high availability of stock cars, but interest in them was still below expectations, with the exception of the premium segment. Added to this was the prospect of a change in EU emission standards for new passenger cars from 1 January 2021.

Importers were trying at all costs to get rid of vehicles with the old Euro 6d-TEMP standard but the spectre of fines for failing to meet CO2 emission targets and the change to Euro 6d-engine technology has fuelled  a sharp rise in new-car prices, further reducing the attractiveness of the offer. In this context, the demand for premium cars is very apparent.

The price of new cars has risen sharply, further limiting their attractiveness. In this context demand for premium-brand cars continues. It seems that the difficult market situation may have even fuelled sales for this tier. It should be remembered, however, that for years the heavily-discounted prices of new cars in higher segments came close to the rising prices of those in lower segments. Additionally, the subsidies paid to entrepreneurs could be spent in part on the purchase of new vehicles.

'The automotive sector was not spared the hardships associated with the reality of a pandemic. Restrictions on international transport, factory shutdowns, sanitary regime requirements or even economic problems have had a significant impact on the market situation. Reductions in supply, fluctuations in demand and uncertainty among both sellers and buyers are just some of the phenomena observed, which have not been without effect on the level of vehicle values,' noted Autovista Polska data analyst Mariusz SmoliÅ„ski.

′At the same time, emission restrictions were tightened, which translated into higher prices of new cars as well as an increased presence of hybrids and electric cars in importers’ offers. Forecasting the situation in 2021 is extremely complicated, but undoubtedly the further course of the fight against the pandemic and its consequences will play a key role,' he added.

In 2021, the situation should stabilise and prices should stop rising, but much will still depend on the pandemic and the effectiveness of vaccines. Sales in Poland should increase due to higher fleet-customer activity, although they will certainly not return to 2019 levels as of yet. It is also important to remember the ongoing shift to remote working. This removes the need for company cars or limits to vehicle mileage and periodic replacement. Manufacturers will face a difficult period of recovery from the crisis, combined with huge expenditure on the introduction of new technologies and electrification.

The used-car market experienced a surge in 2020. The spring pandemic wave in Poland and Europe effectively blocked the sale of used cars, but once the restrictions were lifted, there was an unexpectedly large increase in demand.

Since mid-2020, there has been a real boom in Poland and it was only towards the end of the year that demand significantly calmed down. This was probably related to gradual market saturation, the holiday season and the spectre of further restrictions during the second wave of the pandemic. This was confirmed by a sharp slowdown in sales since November. The reasons for such a high interest in second-hand cars were many:

However, this does not fully explain the huge demand for the youngest used cars, namely cars that are one to three years old. These vehicles have not been particularly popular for several years, losing out to rental offers for new vehicles.

One explanation may be the increase in list prices, which has caused the gap between the value of second-hand vehicles and new vehicles on the domestic market. In Europe, demand for used cars has also risen sharply and Polish dealers have taken advantage of lower prices at home and started to export them in large numbers.

It should also be remembered that during the lockdowns in Europe, interstate borders were temporarily closed and quarantines imposed, which appear to have resulted in a reduced supply of second-hand cars – affecting mainly older vehicles and those of American origin. Either way, demand was so strong that by the end of 2020, the youngest cars were becoming scarce and their market values exceeded prices from early 2020.

Based on the Autovista Group COVID-19 tracker, the statistical increase in Poland amounted to 2.7%. The fastest effect was felt by the youngest cars, but at the moment the largest increases can be seen in vehicles five years old and older. 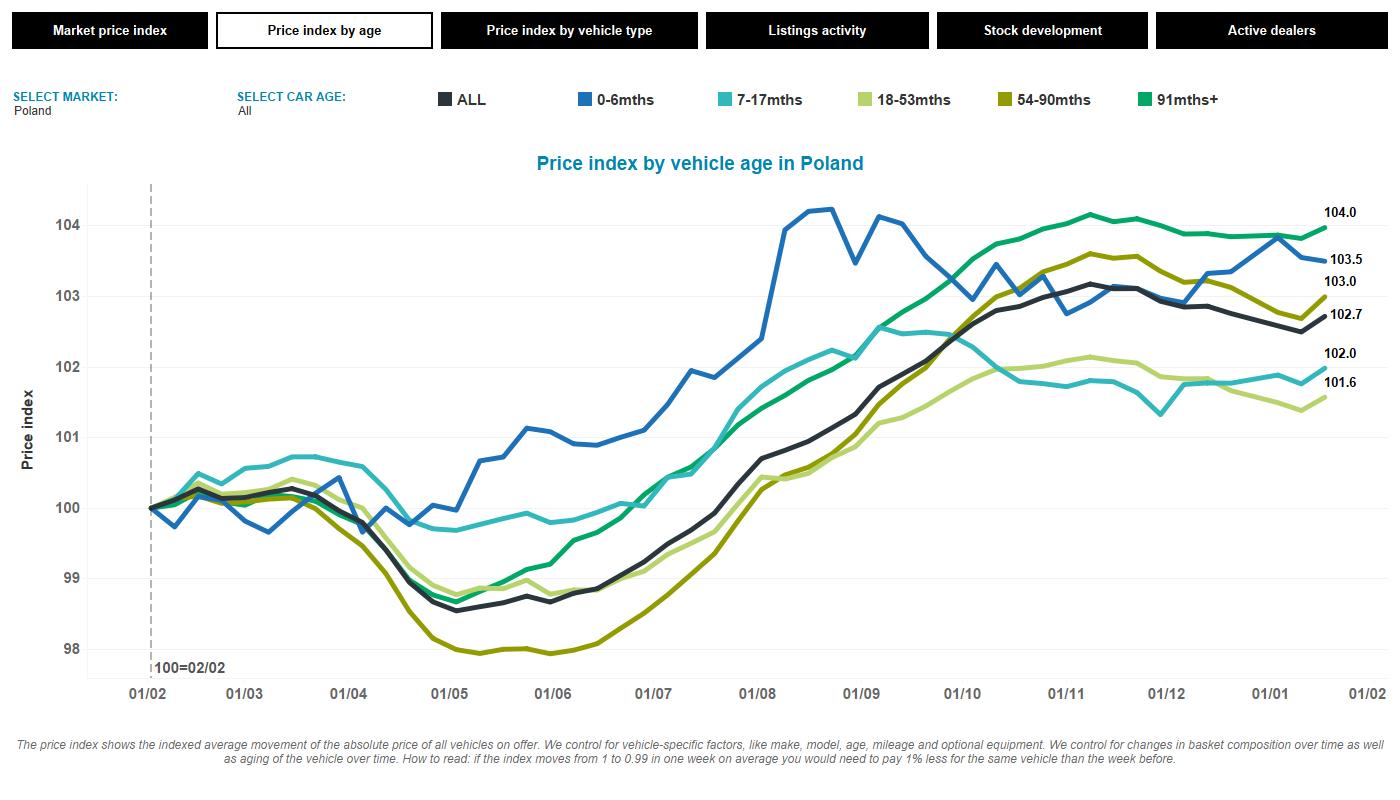 Confirmation of the good situation in the secondary market is also supported by the average time to sell used cars, which for the popular segments, has returned to the levels seen at the end of 2019. For premium cars it is even lower.

The continuation of the good run for used cars in 2021 will depend on the economic situation, the extent of unemployment and progress with pandemic mitigation. The return to work or the possibility of free movement, including in Europe, will determine purchasing behaviour. In Poland, we can expect to see an increase in the supply of used cars due to the postponed replacement of fleets in 2020 and the gradual removal of import barriers caused by lockdown.