How BMW aims to achieve its electric-vehicle sales targets 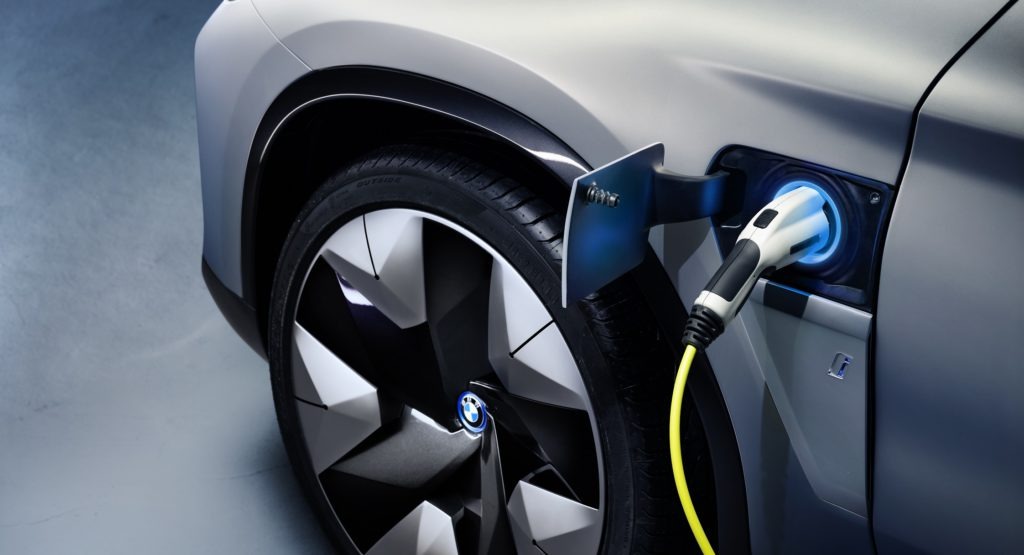 BMW Group aims to generate one quarter of sales from electrified vehicles in 2021, rising to one third in 2025 and one half in 2030. This is a sharp rise from 2019, when less than 6% of vehicles sold were electrified. Senior data journalist Neil King outlines how BMW plans to achieve this goal.

BMW was a pioneer in the field of electric vehicles (EVs), having started production of the i3 battery-electric vehicle (BEV) at its plant in Leipzig, Germany, back in July 2013. The model continues to do well, especially following upgrades from the original 22kWh battery to 33kWh in mid-2016 and again to 42 kWh in 2019. Nevertheless, the company faces stiffer competition as many manufacturers have ramped up their development of EVs, both in the wake of the Dieselgate scandal and to achieve their respective emissions targets.

BMW has pledged to invest more than €30 billion in the research and development (R&D) of future-oriented technologies by the end of 2025. At the forefront of this is a push to have EVs become a key driver of sales in the next 10 years. BMW is also aiming for the mileage of its battery cells, compared to the current i3, to be doubled by 2030.

The road to electrification

In 2019, BMW sold 146,000 BEVs and plug-in hybrids (PHEVs) and there are now more than half a million electrified BMW models on the world’s roads. The carmaker delivered more than 2.5 million BMW, Mini and Rolls-Royce branded vehicles for the first time in 2019. Accordingly, the combined EV (BEVs + PHEVs) share of BMW Group vehicles was 5.8% in 2019.

′Up to the end of February, global sales of our electrified vehicles climbed more than 26%. About one in 10 vehicles we sold in Europe in January and February was electrified,’ announced Oliver Zipse, chairman of the BMW board, in the company’s annual accounts press conference on 18 March. To put this into perspective, data released by the European carmakers’ association ACEA reveal that the market share of EVs in the EU was 3% in 2019.

As BMW sets out on the road to increasing its EV share, the company has recently launched the Mini Electric. In the annual accounts press conference, Zipse highlighted that the company already has more than 8,000 orders for the car and that it is bringing new customers to the brand. ′Most of the people who placed these orders did not previously drive a Mini. This shows that the Mini Electric has captured the spirit of the times and is perfect for urban areas,’ he said.

The Mini Electric will be closely followed by a BEV variant of the X3, the iX3, which will be produced in China. This will be followed by the iNext and i4, the latter will be built on the same production line as the non-electric 4-Series Gran Coupe model. ′This means they will use the same structures in the press plant, body and paint shops and assembly. The i4 demonstrates that you cannot divide our industry into electric cars and cars with conventional engines,’ Zipse commented.

BMW also took the opportunity at the conference to announce that the brand’s 7-Series flagship will be available with four drive-train variants: petrol, diesel, plug-in hybrid and fully-electric. ′All drive trains will be based on a single architecture. And the top, most powerful 7-Series will be fully electric,’ Zipse revealed.

The company has ′the highest vertical integration among our competitors, since we manufacture electric motors and high-voltage batteries in-house,’ Zipse asserted. He added that BMW is rapidly expanding the production of electric powertrain components at BMW’s Dingolfing plant in Bavaria, which will employ 2,000 people over the medium term, and in the retail organisation ′more than 100,000 staff members have already been trained for e-mobility.’

To meet its own emissions targets, BMW sees two thirds of the reduction in emissions coming from the ramp-up of electromobility and one third from the introduction of conventional measures in vehicles. For example, BMW is introducing 48-volt (48V) technology consistently across its range of non-electrified models, ′purposely starting with our highest-volume engine variants’ said Zipse. The company asserts that the usage of 48V reduces fuel consumption by up to 0.4 litres per 100 kilometres on average, which is up to nine grams less CO2 per km (NEDC-correlated), depending on the vehicle and engine variant. BMW is also seeking to improve its sustainability credentials by lowering CO2 emissions in vehicle production by 25%.

There are two schools of thought on the impact of the coronavirus (COVID-19) crisis on EVs in 2020. On the one hand, EV demand is boosted by the introduction of new model launches. Disruption to the supply of BMW Group models such as the Mini Electric and/or delays in the rollout of BMW’s new models would impact the company’s EV sales volumes, market share and, moreover, average emissions.

However, one possible scenario is that the crisis will have a less detrimental effect on buyers of new EVs. As EVs have a higher price point, buyers are typically more affluent and may be more likely to proceed with purchasing a new car than price-sensitive buyers of petrol and diesel models. Availability of EVs featuring the latest battery technology is also limited on the used-car market. In a shrinking new-car market, this could lead to even higher increases in the market share of EVs than expected prior to COVID-19. This would, in turn, reduce the average fleet emissions of carmakers including BMW.

In a follow-up article, King will further explore the impact of the COVID-19 pandemic on BMW’s earnings outlook and emissions targets.