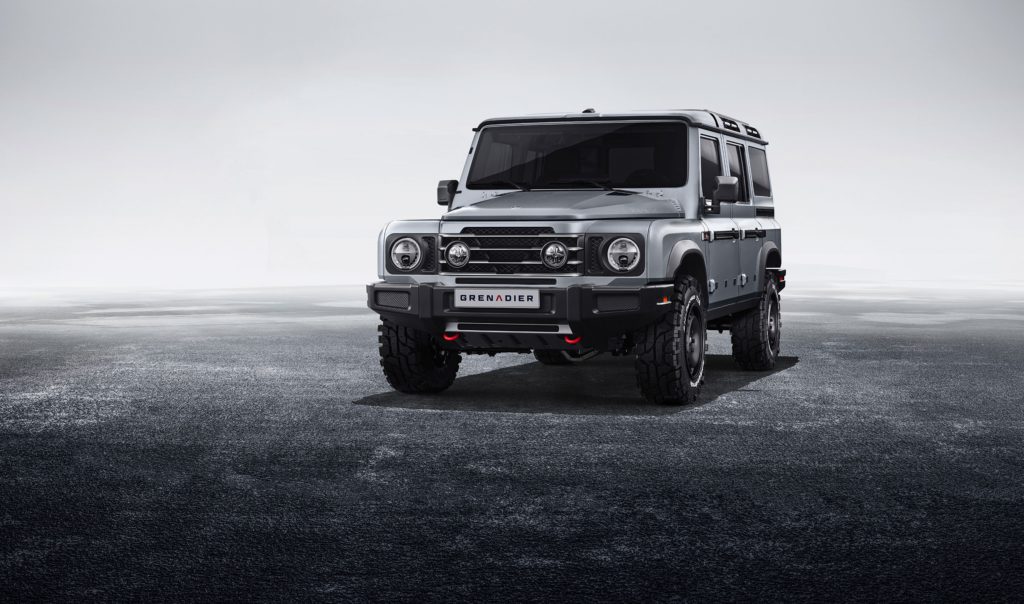 8 July 2020 Automotive startup Ineos is looking to purchase Daimler’s Hambach plant in France following the announcement by the German carmaker that it is planning to sell the site. The new carmaker recently unveiled the design of its first model, the 4×4 Grenadier. This was initially scheduled to begin production at new facilities in the UK and Portugal. However, the coronavirus (COVID-19) pandemic has forced a rethink of these plans. Ineos is now looking to utilise existing capacity within the automotive industry hoping to use the Hambach site to start production of the Grenadier. Daimler recently announced that it would close the French facility, with the loss of around 1,600 jobs. Discussions around the acquisition have begun, with these talks expected to conclude â€²within weeks’. Hambach is the home of the smart EQ ForTwo and was recently developed with a new dedicated SUV line. Utilising an existing facility would mean an experienced workforce and existing supply chains are already at hand, while the upgrades to the factory for SUV models means tooling is also in place, and manufacturing could start as soon as is practical. Existing infrastructure â€²Overcapacity has long been a major issue for the automotive sector,’ said Dirk Heilmann, CEO of Ineos Automotive. â€²Of course, we considered this route previously, but as a result of the COVID-19 pandemic some new options such as this one with the plant in Hambach have opened up that were simply not available to us previously. We are therefore having another look â€“ and reviewing whether the addition of two new manufacturing facilities is the right thing to do in the current environment. â€²COVID-19 has had an impact on our build schedules, with ground clearing works and construction held up by the social distancing measures that have been required,’ added Heilmann. â€²Safety is, of course, paramount, but we also have an obligation to do what is right for the business, and so need to assess these new opportunities to maintain or improve on our timelines.’ Under Ineos’s original plans, its facility in Portugal would make body parts for an estimated 25,000 vehicles built each year. These would be shipped to Bridgend in Wales, where final production would take place. The plans to purchase Hambach will come as a blow to those who expected to be hired for the project, especially in Bridgend, where many workers will have transferred from Ford’s soon-to-be-closed engine plant. However, according to the Financial Times, Ineos plans a family of future models built at its Welsh site. Whether this goes ahead remains to be seen, and it is likely the carmaker will judge its next-steps in automotive development based around the success of the Grenadier. New model Built from the ground up on an all-new platform, the Ineos Grenadier has been designed as a â€²rugged, capable and comfortable go-anywhere working vehicle.’ â€²The brief was simple. We set out to design a modern, functional and highly capable 4×4 vehicle with utility at its core’, said Toby Ecuyer, head of design. â€²A design that is â€²easy-to-read’, with no ambiguity about the Grenadier’s role in life.Â There to do everything you need, and nothing you don’t. Nothing is for show. Modern engineering and production techniques ensure the Grenadier is highly capable. Still, we have been able to stay true to the essence of creating a utilitarian vehicle that will stand the test of time.’ Sir Jim Ratcliffe, chairman of Ineos, added: â€²The Grenadier project started by identifying a gap in the market, abandoned by a number of manufacturers, for a utilitarian off-road vehicle. This gave us our engineering blueprint for a capable, durable and reliable 4×4 built to handle the world’s harshest environments. But it had to look the part as well.’ The new cars will use BMW petrol and diesel engines with a contract that foresees the delivery of a five-digit number of engines.