Insight: Has the UK market shift from saloons to alternative body styles filtered down to residual values? 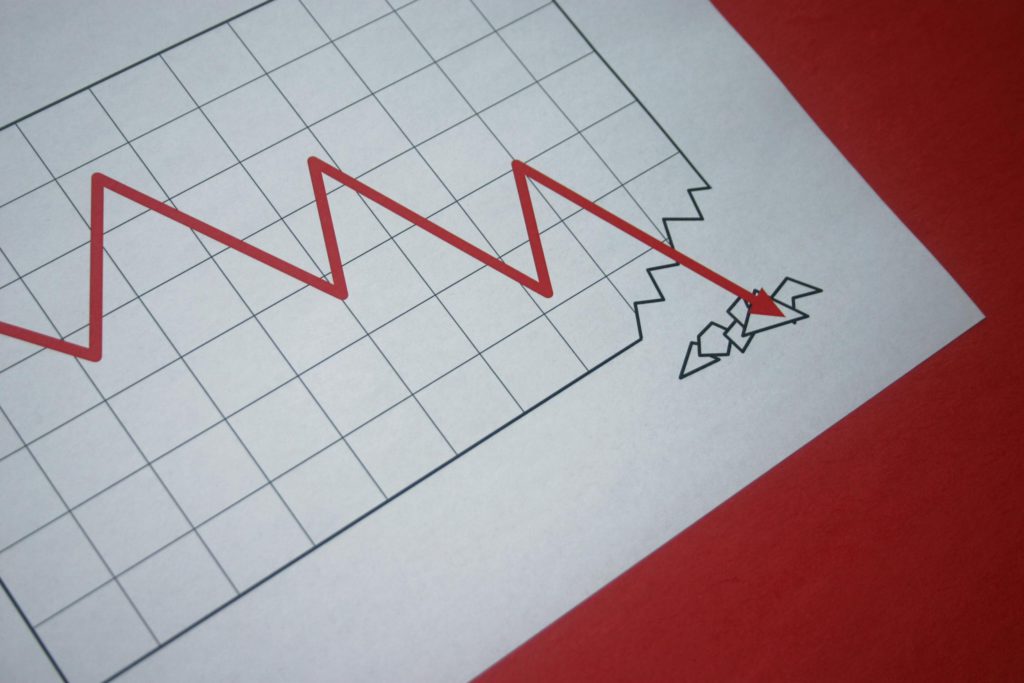 With ever increasing numbers of market niches emerging in the car manufacturing world, has there been any major impact on demand and residual value performance of one of the ″old guard″ in the UK, namely the saloon car, since the start of the new millennium?

Historically, the saloon was the bread and butter of the motor industry throughout the last century but, by the beginning of the 1980s, the hatchback was in the ascendancy. As we moved towards the 2000s, many other body types were on offer with an abundance of convertibles, SUVs and, more recently, crossovers gaining traction.

The graph below shows the UK saloon car market share since 1999 using data provided by the SMMT. It highlights the continual decline of saloons throughout the new century, although it has held steady at 6% or so for the last 3 or 4 years, aided by the popularity of some of the premium German brands.  In raw numbers, it’s a drop from 323,000 in 1999 to 181,000 saloons registered in 2016. 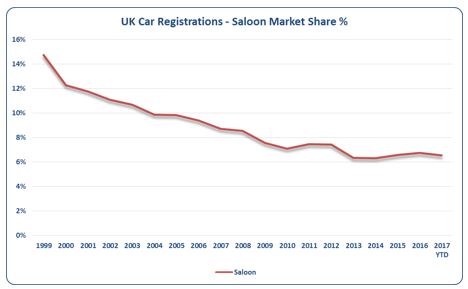 Another interesting pattern is the shift in who supplies those cars.  The table below shows the 10 most prolific manufacturers by registrations in 1999 and 2016.

As you can see, the shift towards the prestige German marques became more apparent as these brands became the aspiration of the company car driver.  This was at the expense of more mainstream manufacturers, which prompted many to move away from saloons in favour of other body styles.

Has this change in demand filtered down to residual values? The chart below shows Glass’s Trade value expressed as a percentage of cost new for 3 year old cars at 36,000 miles. It indicates that saloon values have consistently underperformed when compared to the whole UK market, despite becoming scarcer in the market place, which shows that outside of the company car sphere, the general public are still out of love with the saloon. 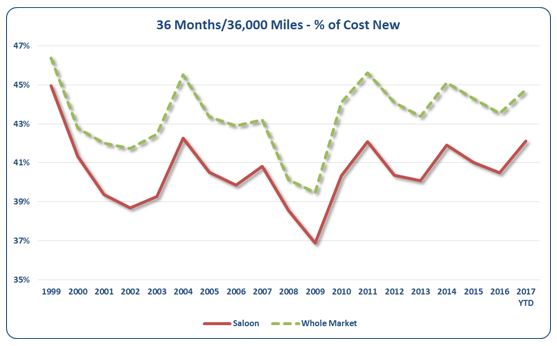